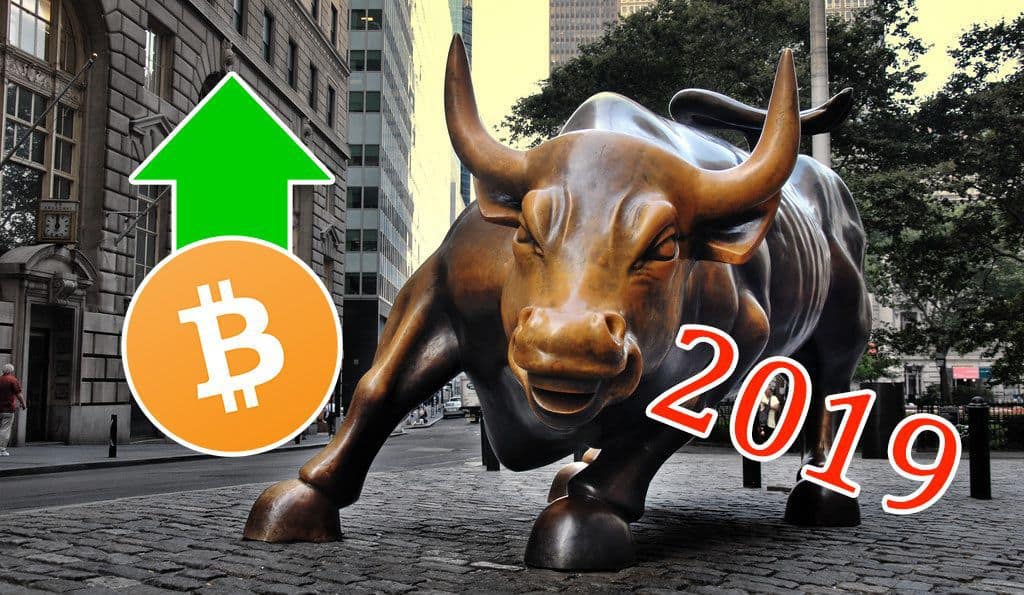 Over the last day, we’ve seen the cryptocurrency market rebound by more than $4 billion, with Bitcoin out front as it moved past $3,700. Many other digital currencies like TRON and Ethereum also showed large gains as each rose by more than three percent against BTC.

Even if we continue to see the price of Bitcoin and other digital currencies decline, there are those within the market who expect that the market will recover in a big way before the end of the 2019 calendar year.

Will Bitcoin Lead the Way?

Typically, those in the cryptocurrency industry view the correction of digital assets to extend throughout the first six months of 2019. Bitcoin has had trouble gaining traction in the market since November 2017, struggling to move past key resistance points in the range of $5,000 to $6,000.

Unfortunately, the lack of Bitcoin strength during the short-term has led to other digital currencies to underperform against the U.S. dollar. This is especially true for cryptocurrencies with lower volumes and market caps.

Still, there are many within the industry who believe the digital currency could see significant gains in the next 10 to 12 months. Specifically, based on past behavior, the market is approaching a point which mimics where previous bear markets ended and a bull market began. Based on this history, a new bull cycle may begin sometime in mid to late 2019.

From a historical perspective, Bitcoin takes on average around 62 weeks to bounce back from a correction of 85%. This is based on data from the past nine years. Applying the same time frame to the current bear market would be March of 2019.

In addition to Bitcoin recovering, many analysts believe that we are in the last part of the current cryptocurrency bear market. Those within the industry signs of recovery could begin to appear as soon as second quarter of 2019. One specific analyst, Willy Woo, points to out that the bottom of the market will be around that same time frame. It’s only after that point that we’ll see a true upward trend.

Others see 2019 playing out the same way things did in 2017. The year ahead might be boring for cryptocurrencies, however, the potential remains for digital currencies to see a sudden surge in value toward the end of 2019.

Right now, Bitcoin volume sits at around $5.7 billion. Recently, trading activity for the digital currency has shown an increased uptick by a substantial margin. This might suggest that bulls are offering resistance in the cryptocurrency’s current low price range.