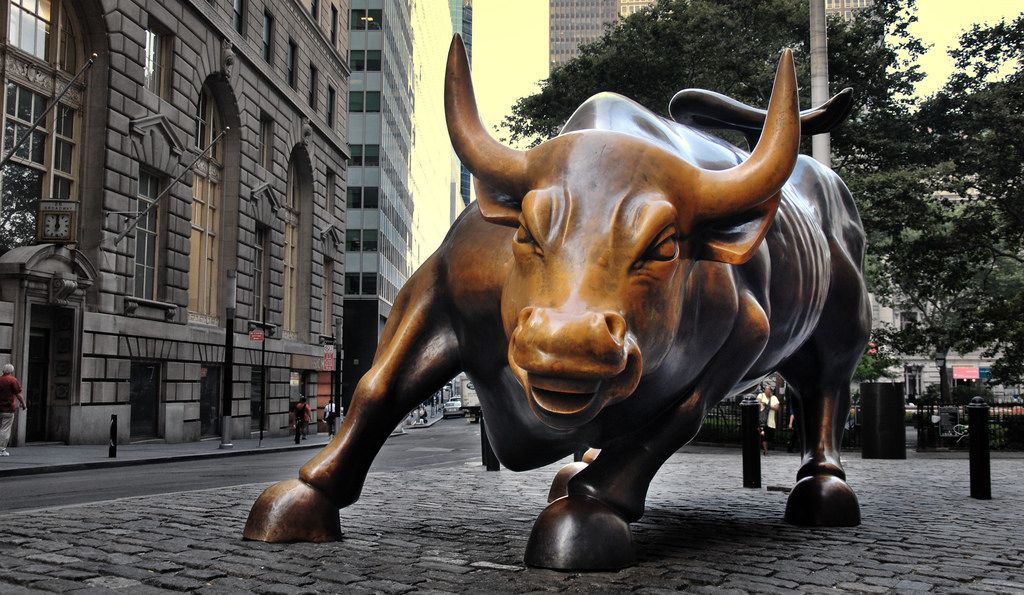 With increased support coming from institutional investor groups, bitcoin’s price has slowly started moving northwards again after taking a tumble over the weekend. But can this momentum last?

After shedding around $500 in value over Saturday to Sunday (August 4th & 5th) the brakes seem to have been successfully applied to this sell-off and today we have seen the price rising relatively convincingly above the $7,000 support to around $7,100.

This may be thanks to moves coming from finance’s more traditional machinery, namely its institutional investment groups. As was reported on ToshiTimes yesterday, Goldman Sachs is one of the largest and most well-known institutional investors which is taking steps to solve problems in the cryptoverse which give firms reservations about getting into the market. This is namely the problem of custody, which, when solved by a large institution will give individual investors more confidence to put their money on the line.

Custody is already offered by a limited number of smaller institutions like Coinbase as well as a smattering of Swiss banks which allow investors to store large amounts of cryptos. However, support from large institutions like Goldman will be a huge incentive to get more investors involved globally.

Further to this news, other big names have courted bitcoin in the news in the last week; The NYSE, Microsoft and Starbucks rocked the headlines when they announced their joint mega-venture under the name “Bakkt”, which is aiming to provide an in-road for investors of all classes into the space.

“Bakkt is designed to serve as a scalable on-ramp for institutional, merchant and consumer participation in digital assets by promoting greater efficiency, security and utility. We are collaborating to build an open platform that helps unlock the transformative potential of digital assets across global markets and commerce.” Said Kelly Loeffler, Bakkt’s CEO.

But these big names getting behind crypto are not the only things to push the bulls forwards; the bitcoin ETF, which was the subject of much discussion in the last couple of weeks after the SEC’s rejection of the Winklevoss application, is back at the forefront. This time there has been a joint petition to the SEC for a bitcoin ETF, filed by global investors Van Eyck and SolidX Partners Inc. The SEC will meet on Friday to consider the proposal.

Jan Van Eyck, CEO of (you guessed it) Van Eyck, had this to say in June:

“I believe that bitcoin has emerged as a legitimate investment option, as a type of ‘digital gold’ that may make sense for investors’ portfolios.”

These are exciting times: this seems to be the moment of the traditional institutions in crypto and a general upward trend seems inevitable. More and more household names from Wall Street and business are making moves in the cryptosphere which is creating excitement in the space that hasn’t been seen since last winter. The problem of large-scale custody and a bitcoin ETF now seem to be questions, not of “if”, but rather “when”. When this eventually is solved, the effects will be significant.

Experts say custody is one of the biggest obstacles to overcome. When proper custody is lacking, it discourages participation from financial institutions, prohibiting the flow of large-scale investment into the market. Robert Dykes, CEO of Caspian, states:

“Global institutional investors have $130 trillion of assets under management. A tiny slice of that moving into crypto will have a huge positive impact on an industry whose market cap remains under $300 billion.”