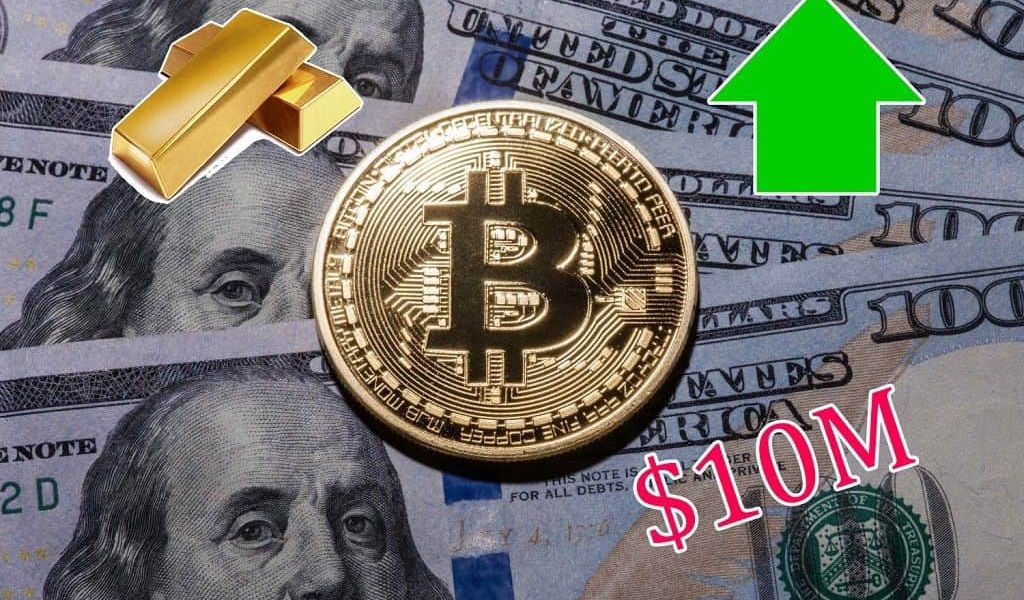 During the crypto bull run of 2017, predictions and speculation of how high Bitcoin would go kept the cryptocurrency train running smoothly along. There were wild promises and unrealistic price targets set by nearly every crypto influencer. Most of these offered significant benefits, specifically in the short-term.

As the bear cryptocurrency market continues, those types of price targets seem absurd and antiquated. Even Bitcoin’s biggest promoters are giving up on predicting the price of the coin, suggesting that the market didn’t do enough to determine its true value. Many suggest Bitcoin is worth far more than where it currently resides.

Even during this bear market, there are those still willing to make a bullish prediction. Lucid Investment Strategies, an asset management firm, has suggested that Bitcoin may one day reach as much as $10 million. They also offer that it could put an end to the debt crisis that plagues much of the world while becoming the new gold standard.

Based on comments from Lucid, the debt to wealth that we’re currently seeing it out of control which has created an enormous imbalance of inequality. We’re continuing to see the world’s wealth outpace its debt, however, the gap is shrinking. During the past two decades, wealth has gone up 133 percent. While this looks good initially, it pales in comparison to the 394 percent in which debt has climbed.

The firm goes on to suggest that this trend is not sustainable and that a solution must be discovered for our current debt crisis. Lucid offers several strategies, among them being adoption to the gold standard, defaulting on debts, or investing in Bitcoin.

Of course, this is not the likeliest result, however, Lucid contends that Bitcoin is the best option. It would permanently correct our debt crisis while at the same time limit damage of a widespread economic adjustment. It’s for these two reasons that Bitcoin is offering a fix that none of the other solutions can match.

If this happened, then Bitcoin would see huge gains. Lucid suggests the price could go as high as $10 million. At that point, the digital currency could provide a reserve which would alleviate the global debt. With a price of $10 million, Bitcoin would then hold a 40% reserve against the world’s debt.

Making the Climb to $10 Million

But how could we expect Bitcoin to hit $10 million when it’s having trouble getting past the $3,500 point? First, the coin would need to break out of its slump, which might not happen anytime soon. Lucid, like many others, feel that Bitcoin has yet to hit its bottom.

Another factor that would help establish the bottom for Bitcoin is the complete destruction of all other altcoins and ICO tokens. This would show that Bitcoin is the standard and anyone else is just a cheap imitation.  While this process is slow in taking shape, it has already started. However, much of this requires regulators to create regulations. In the meantime, Bitcoin will continue to drop, however, so will its competition.

Once it hits bottom, Bitcoin could then begin its grind back to the top. Expectations are that it would face resistance at first, but once the coin breaks through certain technical points, it will quickly gain traction and soon hit an all-time high of $20,000.

The next challenge for Bitcoin would come at the $100,000 mark. At this point, the digital currency would start to rival gold as the premier economic option in the world. It’s at this point that Bitcoin could quickly overtake gold if investors started selling the metal for the flagship cryptocurrency. Even if this doesn’t happen, it’s still possible for Bitcoin to eclipse gold, it would just take a little longer.

Now comes the time when scaling becomes an issue. Developers must focus on delivering a viable solution to scale Bitcoin’s protocol so that it can handle a larger network. If this problem can be solved, and institutional adoption occurs, Bitcoin would be on track to become the currency reserve for the entire world.

If these parameters are met, the path to hitting $1 million now becomes straight and smooth. At $1 million, Bitcoin would have a market cap of nearly $18 trillion. It would become the major asset of the wealthy. It would become a legitimate contender among other world currencies.

At this point, Bitcoin would be the fastest growing asset in the world. It could no longer be ignored by those within the financial sector as a passing fad or popular trend among those in the tech arena. When wealth funds, governments, and money managers stand up and take notice, the trip to $10 million has all the fuel it needs.

Focus on the Right Question

While it’s unlikely that this scenario actually plays out the way its presented here, the point is that it could happen. If it could happen, then why not take the chance that it will happen, even if it’s on a smaller scale.

The wrong question here is whether or not Bitcoin will be selected as the solution to our debt crisis. The question to ask instead is whether or not we’ll have a choice. At this point in time, it’s tough to see any other viable options.