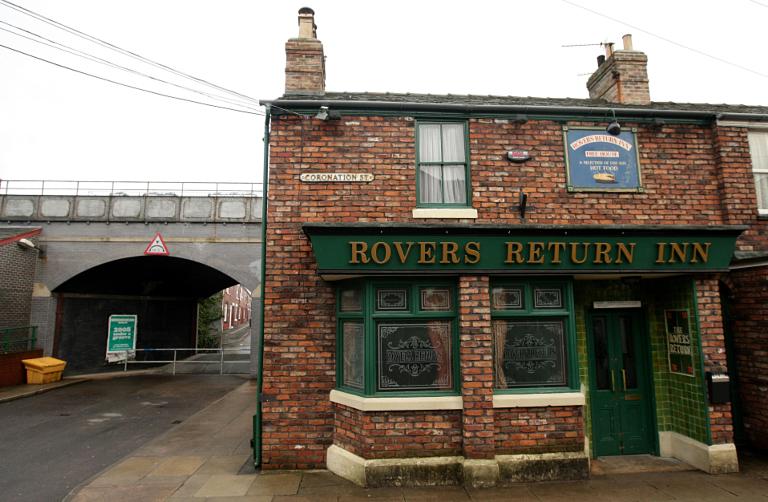 Another break onto another mainstream stage: cryptocurrency has now featured as part of a central storyline on Coronation Street, one of the UK’s most watched soap operas.

Cryptocurrency’s spill over into the mainstream has continued, this time onto the British soap opera scene. Recently we’ve seen tributes to bitcoin from Eminem and Akon as well as Kim Kardashian. Now, British tea-time staple Coronation Street has run a storyline centered around one character’s encounter with the crypto space, potentially bringing awareness of the technology to millions of homes around the country.

The actual storyline focuses on one of the show’s supporting characters Ryan Connor, who has been a cast-member since 2006. Down on his luck and short on cash, he sits counting the money he has left in the show’s local pub and all-purpose meeting place, “The Rovers Returns”. Whilst listing to his friend Gazza all the places he may have some wealth, he mentions that in 2011, he invested £50 into the fictitious “Whipcoin”. On hearing this, Gazza cocks his head up, saying that he thinks Ryan’s five Whipcoin are worth about £50,000 each today.

The episode follows with the cliché crypto-nightmare of Ryan having forgotten his account password and not being able to access his coins. Whilst in the end, the password is eventually recovered, it turns out that Gazza’s price information is considerably out of date and the coins have become near worthless.

Whilst the story itself is rather off-the-shelf and contrived, its merits are in that it is using one of the largest platforms there is to reach an everyday audience, potentially bringing awareness of the crypto space to a huge portion of society which may be some of the last to become aware of it: viewer figures broken down into age demographics show that more than 45% of regular Coronation Street viewers are over forty-five years old, and some of the least likely to adopt new payments technologies.

On the other hand, the cliché nature of the story’s details don’t exactly shine a positive light on cryptocurrency; rather it is portrayed as something akin to a hybrid between winning the lottery and a get-rich-quick scheme. The underlying technological value of blockchain is not discussed in any way.

However, as the saying goes, “There’s no such thing as bad publicity!” and this is doubtless good for raising awareness of cryptocurrency to those who are still uninitiated.  Coronation Street is one of the most widely-watched soap operas in the UK, with an average viewer reach of between 8 and 9 million viewers per episode. Having been on the air since 1960, it is also significantly, the world’s longest-running television soap opera, taking the title from CBS’s As the World Turns in 2010. It airs three days per week, with two episodes on each of those days.