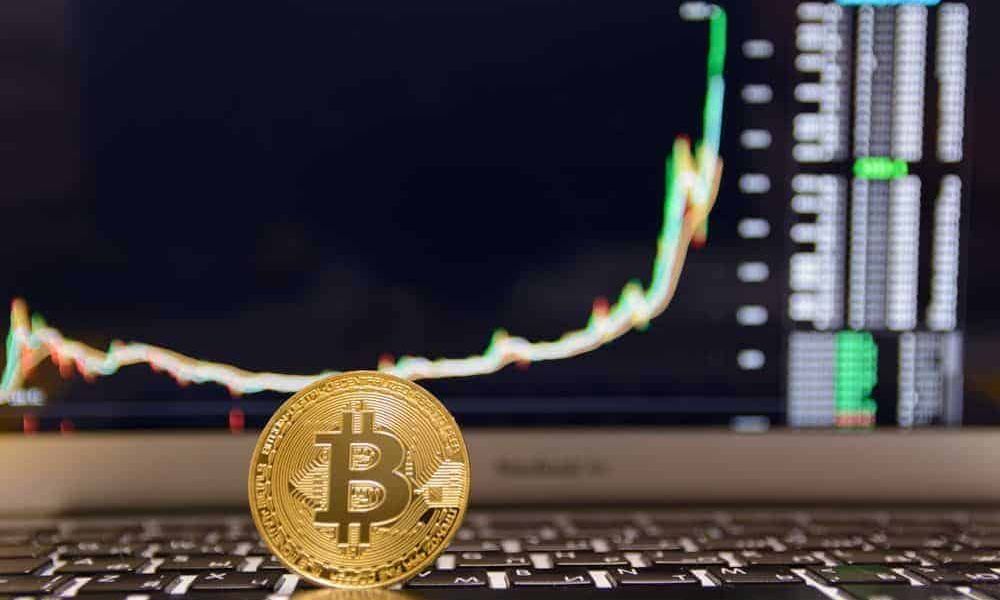 In a spectacular rally, bitcoin shot up to $4,800 in the space of an hour this morning, pulling the rest of the crypto market with it in a show of growth not seen this year.

Many of us are looking at the markets with a sense of déjà vu today as a wash of double-digit green movement across the board has brought back memories of the 2017 bull run. Between around 6am and 8am (CET) the markets pumped enormously, with many of the top 15 cryptos recording double-digit growth.

As Toshi Times reported yesterday, market sentiment has been pointing at an event like this on the horizon for a few weeks now. Whilst the climb has been extraordinarily steep, giving all the indications of a pump which may come with a dump later down the line, it is nevertheless the most exciting price development to happen this year.

Between 6am and 8am this morning, bitcoin spiked from around $4,100 up to $4,850 at its peak before sinking down to $4,600. It has maintained an upward trend since then and at time of writing is up to $4,750. This represents a 24-hour growth of more than 15%, an extraordinary figure after so many months of staleness in the market.

The market cap gain over the last 24-hour period is currently at more than $11 billion, putting the figure at the time of writing well over $83 billion and knocking on the door of $84 billion. It is a positive sign that the markets have continued moving upward since the spike a few hours ago.

It’s been green across the board as all altcoins in the top 15 in terms of market cap have seen extremely positive action since this morning. Whilst bitcoin was the highest gainer, Ethereum has also seen around 7% in growth taking the price to $152 at the time of writing and the trajectory continuing upwards. The ETH market cap has just broken $16 billion at the time of writing.

EOS is also up almost 10% at $4.59 and Litecoin has too seen significant gains, up 11.8% at $67.70. Cardano is currently the best performing of the altcoins, gaining more than 13% in the last 24 hours. It marks an extremely positive week of performance, up 34% over the last seven-day period.

With bitcoin the highest gainer over the last 24 hours, the other altcoins are clearly benefiting from the original cryptocurrency’s upward movement and being pulled up by the current.

Causes For The Pump

Naturally there is much speculation and views on what has caused this steep pump. The nature of the growth – a blistering rocket upwards over the space of little more than one hour – shows this was the movement of one or several market whales: private or institutional investors moving extremely large amounts of money around in a calculated manner. What may have prompted this is open to speculation; whether there is news or if this is part of a planned move perhaps preceding the launch of a new product or adoption may perhaps emerge over the coming days.

There is some discussion of a tweet by Josh Rager, a crypto trader who released a chart on twitter showing his prediction for the next cycle peak. Based on his analysis of previous market cycles, he forecasts July 2023 as the time when bitcoin will hit a top price of $150,000.

Optimistic predictions are abundant at the moment with many predicting as much as $400,000 in the next bull run. Oh, but don’t forget, bitcoin will be at $1 million by 2020 anyway, right McAfee?