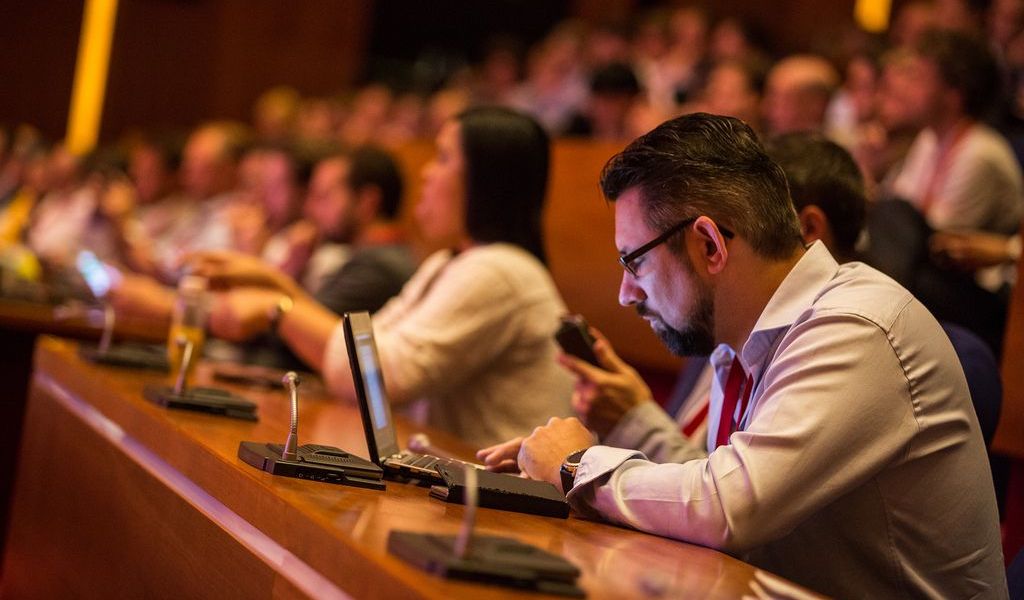 The 5th edition of Blockchain Innovation Conference, the largest Blockchain conference in Benelux, took place on 8th June in the Netherlands. Organized in Rabobank’s headquarters in Utrecht, the event brought together personalities from the Dutch Central Bank, the government, private banks and blockchain technologists, as well as startup pioneers and crypto investors.

The main focus of the conference was the transformation of the Blockchain from proof of concept to fostering real-world solutions. The participants discussed the use-cases of the distributed ledger technology in fintech, the government, ICOs, supply chains, energy, business and of other possible adaptations. The Toshi Times team has kept a close eye on the events and gladly presents to you the keynote statements and opinions shared at the conference.

Wiebe Draijer, CEO of Rabobank, has expressed general optimism about the role of banking in the future paradigm of global finance. Draijer explained his vision of the crypto space and the steps taken by his organization in experimenting with blockchain. The chairman’s speech confirmed the recent trend in the crypto space. Big players, including major financial organizations enter the market, but take an incremental and weighted approach with adaptation of blockchain, being particularly cautious with cryptocurrencies.

Draijer has described this approach to innovation as working the ideas through a funnel of three phases: ideation, validation and implementation. Wiebe Draijer has revealed a number of projects that currently exist only conceptually. These ideas mainly utilize the contractual benefits and combine them with real money – as stated by Draijer. The points of access to blockchain technology that the financial institutions are looking at are mortgage processes, agriculture savings and networking. At the same time, there are use-cases that find more development, which go through testing in order to verify the practical potential. The examples comprise applications for coffee and tea provenance, pay per use models, identity register and real estate rental information.

Lastly, the Rabobank chairman made a step further in adaptation of blockchain and claimed that the bank is going to launch the first commercial application in the industry this June.

“There is still a lot of hype in this blockchain technology space, a lot of investments were going nowhere, a lot of the players were crushing. In other words, it is still at infant stage and there is nothing live in the financial sector yet. Here we have, as far as we know, the first blockchain application that is commercially going to go live in the financial industry in the world”

The new platform called we.trade aims at facilitating cross-border trades by entrepreneurs that are expanding their businesses outside of the original country. The presented solution tackles the problem of uncertainty regarding counterpart of the contract, and thus the overall compliance of agreements. The platform connects 9 banks and 11 countries. The blockchain technology serves as a repository of contractual steps formulated according to the common standard developed by Rabobank in partnership with IBM and associate financial organizations.

The discussion with Prince Constantijn van Oranje of the Netherlands naturally started with a question about his family.

“Maybe, because we come from a big institution and if you are born in a big institution, you want something else, more independence and freedom.”  — he explained the possible reasons for the entrepreneurial spirit running in the family of Orange also referring to his cousin Bernard who managed building a successful IT business.

It is probably merely known, especially outside of the Netherlands, but Constantijn has been a very active member of Dutch startup community, an envoy to an accelerator called StartupDelta. So, at the closing talks session, he shared his opinion about the central theme of the conference, the transformation of blockchain from proof of concept to real world solutions. Furthermore, he talked about other matters relevant to adaptation of the technology, such as explosion of ICO crowdfunding model, hope for European community in assisting the progress and regulatory actions.

The prince reminded the audience that, according to him, blockchain as a technology has outgrown the sole purpose of facilitating a payment system, originally introduced in Satoshi’s White Paper. “There is not always a link between bitcoin and blockchain. Showing that also to our politicians and other people, that it is much wider, the technology provides much wider applications.” At the same time, Constantijn condemned the companies that run blockchain-powered pilot projects and do not commit to executing on a successful outcome. According to him, the pilots exist for testing and need not to be used as a PR move in order to appear more ‘cool and innovative’.

Constantijn also reflected on the ICO phenomenon as of a boom in popularity of token sales for crowdfunding:

“You already have an enthusiastic client-base once you get your investment. That is very different than if you are offering a VC funding model. But then, the VC brings business networks that the ICO might not bring. I think you will get blended models.”

Indeed, if we look at most of ICOs at the moment, the token sales have quickly adapted a model when a significant part of the funds is raised at a private presale. An extreme example would be Telegram that raised a total 1.7 billion from its two private pre-sale rounds and canceled the actual initial coin offering due to tightening regulatory environment. Prince also pointed out a potential positive effect of initial coin offerings on the VC investors:

“But the innovation is good, because the innovation also puts the VC again on their toes, so that they have to innovate and provide more services than not just provide capital and then just sit back and start harassing the management. Now they actually have to lean in and provide them with advice, contacts and business.”

Most notably, Prince Constantijn expressed his hopes in the European community by contributing to implementing innovations like blockchain. He complimented Macron on his efforts to support of startups and entrepreneurship. According to Constantijn, Macron’s efforts have taken the situation forward in terms of investments and also collaborations in European context, particularly with Germany. As of today, Europe is allocating considerably more money to R&D and innovation.

When talking about the regulation and possible over-regulation of blockchain, he called upon the Netherlands’ Central Bank representatives, who were also present at the event, to be very careful with imposing boundaries that may stop the development of blockchain innovations.

“So, it is really important that we get our regulators take an open attitude towards this to allow this development to go further. Maybe put up some boundaries , but boundaries that are very pro-innovation, which means that they have to be very well-aware of what is going on.”

Vinay Gupta, Mattereum founder and previously the release coordinator for Ethereum, gave a speech about his future vision of the global trade and the corresponding change in the trade structure.The famed technologist envisions that the primary goal of blockchain is in making an impact on global trade. Gupta claims that the global trade in its present state will result in a massive drop in living standards, lack of coordination in dealing with global challenges like climate change, and generally, in the collapse of the globalization as we know it.

The reason for this skepticism is, as he phrased it, the cultural forces arising in a number of countries at the moment. These forces are backed by desire of individual nations for control and of sovereignty, and an unfair international regime serving some nations better than others. The said factors, according to Gupta, activate balkanisation processes and motivate decisions like UK leaving the EU, collapse of Trans-Pacific partnership agreement and recent threats coming from Trump to scrap the NAFTA agreement.

The technologist emphasizes on a compression of time, where we easily get used to increasing automation, and the progress removes the sense of history making these processes irreversible. Gupta gave an example of the telephone and how not it is unimaginable we might ever get back to phones that need to be stationary.

“If we look forward to kind of future, in which we are all singing, we are all dancing, future blockchain trade system has become real. The idea that we can go backwards to enormous stacks of paper duck-taped to the front of container ships. Once you go into the new system, the old system looks absurd.”

Vinay Gupta also displayed an advertising video for his project, Mattereum. After the video ended, Gupta followed with a comment that the content of the video did not matter, and that it was in place to promote his project. He mentioned that the content was similar to many other projects, but the takeaway message is that we need a uniform global trading system that allows to move goods, assets and services with an absolute minimum manual process done by intermediaries and legalistic aspects handled by automation.

In the final part of his talk, Gupta brought up the local context and paid regards to the potential role of the Netherlands in shaping the world trade. He compared the advantages from adaptation of blockchain to rapid improvements that followed the development of telegraph, railroad and internet networks.