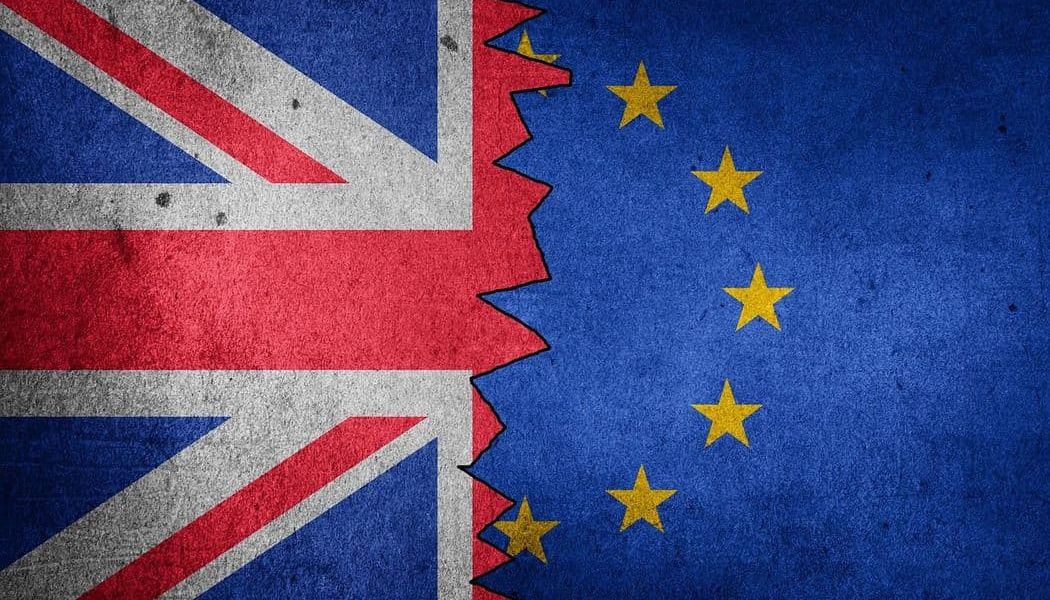 Brexit has degraded into a crisis of faith in the legitimacy of the democratic process. In a world of outdated systems, blockchain tech presents the most realistic chances of recovery.

For European readers in particular, Brexit has been an ever-present poltergeist in the headlines now for what seems like forever. Each week that goes by, we seem to reach peak Brexit, only to have that week’s events of idiocy outshone in the following one by even greater levels of bumbling buffoonery. Whether it ends up as the no-deal “hard fork” or customs union “soft fork”, Brexit insanity has been pumping harder than ever over the last few weeks; typical market behaviour at least.

As of yesterday, an agreement for the extension of the Brexit deadline has at least now granted the UK a short stay of execution – but let’s not get carried away; at this rate it’s just a six-month period in the holding cells until stepping back up to the gallows. The same problems and sticking points will persist in six months because of the underlying flaws with the entire premise of Brexit and the system. Misspending, misallocation of funds and breaking of UK electoral law have all been proven to have occurred. So how can we fix this, and what can technology offer in aid of achieving this goal?

Blockchain is already being used in some parts of the world in elections because it has already been recognised as the best protection against voter fraud that exists today. It’s as valuable as it is because, when it comes down to it, it offers one simple thing: unbiased truth – a mathematically provable record of events. Truth on the internet, in the era of fake news and social media, tailoring your experienced reality to what it believes you should see, is as precious as an oasis in the middle of the desert. It can provide transparency in a place where it is harder than ever to see clearly.

Whilst voter fraud was not an issue in the Brexit vote, election fraud was; the campaign was won illegally after UK electoral law was broken. Vote Leave lied about statistics and used a network of shell companies to obfuscate the sources of their funding. Russian bots targeted people’s insecurities regarding issues like immigration in an attempt to influence the direction of the vote. Whilst politicians will always seek to facts a certain way, the scale of bear faced lies involved in the Brexit debate has dwarfed anything that has come before.

Imagine however, what a provably accurate record of funding allocation could do to wading through these toxic waters? Potentially, this could be the conceptual equivalent of getting a jet ski, when before all you had was some rubber boots and your dad’s old raincoat to see you through. Suddenly it would become very easy to see where donations to a campaign was coming from because it would all be registered on a blockchain and the sources of funds could be provably traced back to certain parties or individuals. The use of shell organisations and other tactics to hide the true origins of funding would become infinitely more difficult and allow voters to see unbiased fact more clearly for themselves.

It isn’t surprising that public trust in politicians in the UK was only at 19% at the end of 2018. As militant factions bend facts out of all recognition for their own ends, the long-term effect of such comprehensive distortion of the truth is a degrading of public trust – and when trust is broken it takes a long time to fix.

The problem is, right now there is no place to hide. Brexit is everywhere, affecting everything. “Brexit fatigue” is a term being used to describe the feeling of exhaustion British people are feeling that has come with overexposure to this existential threat to the nation. People are tired of uncertainty and not knowing what is going on, and there isn’t any coherent voice which people can trust; every commentator has an agenda, everyone has a profit margin for themselves or someone else to protect. Blockchain could cut through this with its non-partisan perspective. Whilst it is unlikely to be a silver bullet for many people’s lost faith in the system, it will enable the process of repair to begin.

Looking at the picture more broadly, Brexit has shown that the UK’s political model badly needs updating – it’s 2019 and the UK is still running the Windows 95 edition of democracy. And malicious hackers thrive in the vulnerabilities left by un-updated software versions. With the internet and social media steamrolling physical borders in a way that was inconceivable 20 years ago, binary democratic systems no longer adequately represent the make-up of society; Labour and Tory are far too broad for most these days. Now, people with far more targeted political viewpoints can contact each other and organise, forming more special issue-based parties such as the newly formed Brexit Party, or Green Party.

The old customs and rules seen in the house of commons (MPs cannot say “you”, for example but rather must refer to colleagues as “the honourable gentleman / lady”) as well as the ancient building itself, are representative of the out-dated system as a whole. An updated system, with broader representation and which used technology to increase public scrutiny would help bring the country back together. Here again, blockchain technology could be used in a number of ways to make the system more efficient; it could be used to track MPs and their voting behaviour or allow constituents to engage democratically more often on a range of smaller issues. A blockchain referendum system would be a template which could always be on standby, ready to be deployed quickly on small-scale issues to prevent a slow degradation of the entire system, as has happened over the course of the Brexit process.

These are just spit-ball ideas, there is clearly a sore need for some kind of radical rethink of the way politics is conducted. The internet is part of the fabric of our society now; it’s taken such hold because it removes borders and allows people to connect in a way that has never been possible before. Cryptocurrencies can and will do the same with money. It is clearly time, politics had such an upgrade as well.

Image by Tumisu from Pixabay