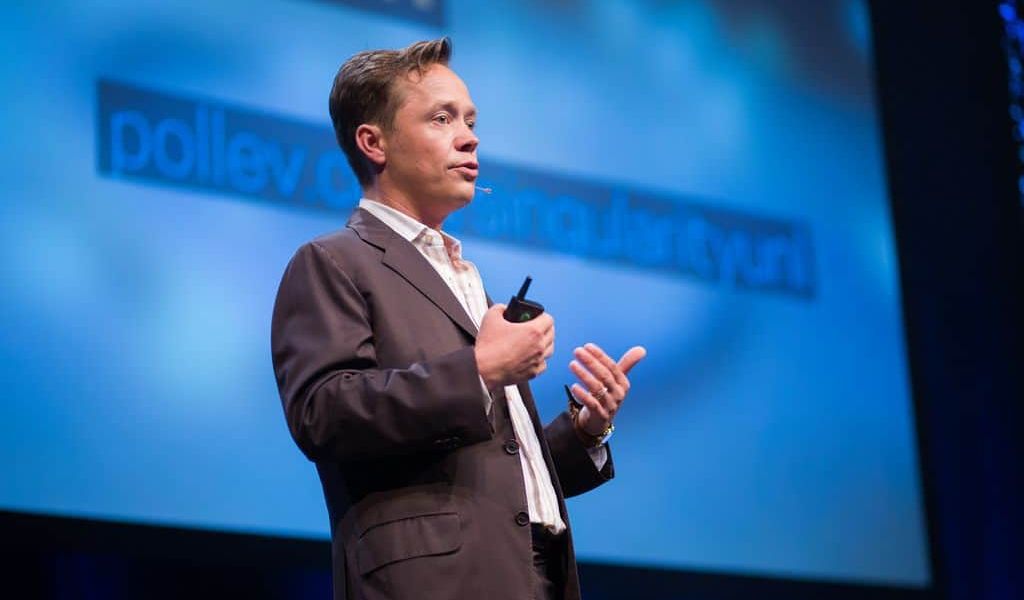 Brock Pierce, most known as being director of the Bitcoin Foundation and former front man for EOS lays out what he sees as the future of the technology for the rest of the year.

Brock Pierce, former child actor turned crypto personality, has been giving his predictions for what the rest of the year holds for crypto. From appearing in movies as a child including the Mighty Ducks and First Kid, he has become an established and wealthy figure in the crypto community, with Forbes listing him in their list of the top 20 wealthiest people in crypto.

His face became widely known through his affiliation with Block.one, the firm behind EOS, however, no longer associated with the firm, he is a fulltime influencer in the industry as well as being chairperson on the board of directors at the bitcoin foundation. Speaking with Forbes, he gave his predictions on what he sees happening in the rest of 2019 in the industry.

The Rise of dApps

dApps – decentralised applications – are a promise of blockchain tech which has been around since chains like Ethereum first entered the scene, but which is only now starting to take shape. A number of networks including EOS and Cardano as well as Ethereum offer a lot of potential for developers looking to build dApps, and Pierce sees this as a huge part of the next evolution of the industry. He explains however that a number of things need to happen in order to make dApp development grow in a useful way.

“We’re going to see big things being built, multiple applications hitting a million users. Three things [need to happen though]: They have to be scalable. They have to be fee-less and frictionless. They have to be fast. No one will use the new internet if it’s slow, costs money and doesn’t’ scale. We are building the new internet, so new standards need to be set. Timing-wise, blockchains that check these boxes are happening now within the 3rd gen protocol; EOS, Tron and Cardano, to name a few.”

The slew of Initial Coin Offerings (ICOs) through 2017 quickly died off as the bear market of 2018 took hold. Discussing what he sees will take their place, Pierce named STOs or Security Token Offerings.

ICOs were the sort of speculative model of investing which can only find success in a bubble – unregulated and providing zero protection for investors, consisting essentially of bets placed on the future of a company. STOs will be a more refined investment model which will be regulated and safer and more efficient.

“ICOs did not adequately protect market participants – it wasn’t intended to – utility tokens are by nature not intended to be security, so it provided little protection. STOs have a framework that can do that. STOs are designed for investors and can have many provisions that are there to protect market participants. [They] are going to give birth to a quadrillion dollar market … because we will see the tokenization of the world’s fiat money, debt market, real estate, equities, and art.”

Pierce formerly worked in gaming at company IGE – curiously with Donald Trump’s former strategist, Steve Bannon as Toshi Times previously reported – and has an in-depth knowledge of the industry. He believes the growing video games industry will be the engine behind further crypto adoption in 2019, as more games built with blockchain tech appear.

“Gaming is going to be a huge part of it. The earliest adopters at scale of crypto were gamers … and so I think there’s a very good chance that gaming in all its forms will be one of the major drivers of the success of the ecosystem.”

Pierce also sees the remainder of the year as being a time when user-friendliness across the cryptocurrency ecosystem will increase as the gap between subject-specific knowledge and mainstream adoption is narrowed.

“Two-thirds of the people on the planet don’t have access to financial services. The internet didn’t become usable until Netscape because that gave the average person a user interface that was intuitive, simple, friendly – this made it accessible. The same thing needs to happen now. With crypto payments we’ve had wonderful technologists, now we need great user interfaces.”