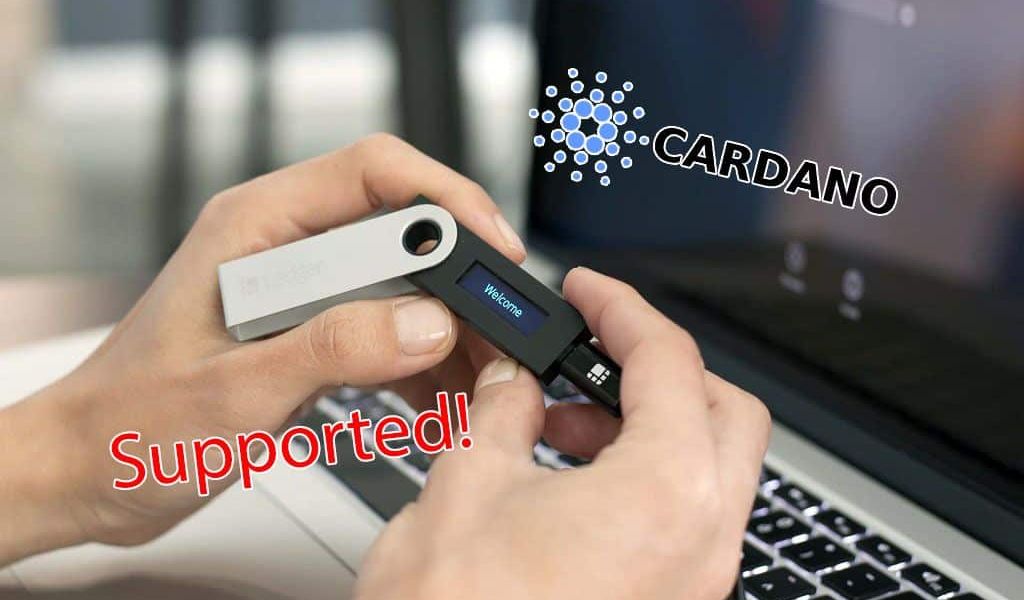 In an exclusive interview on the Ivan On Tech’s Youtube channel Eric Larcheveque CEO of Ledger announced that as of today, 27th March, Ledger Nano X S will now support ADA storage. Ledger sold more 1.5 million hardware wallets globally. This development will mean that of ADA will be able to store their coins securely on one of most secure wallets.

In the interview, Larcheveque was asked about which new coins Ledger would be supporting. He stated ‘Cardano will be today, we are announcing it in a few hours, and others, we have a road map……. you can see which other coins are under evaluation etc.’ The road map can be found on the Ledger website. Supporters of Cardano have waited a long time for this news.

In a press release on the Emurgo.io (the commercial arm of they stated that ‘The Ledger Nano S also integrates with the -developed Yoroi wallet, the first official companion app to support the Cardano Ledger hardware wallet.’

Nicolas Arqueros CTO of Emurgo stated that “This is an event people have been looking forward to for the past year. I am especially thrilled to see many teams come together and cooperate on ground-breaking news in the industry. It foreshadows many more exciting commercial developments we have in store for Cardano in 2019,”

CLICK HERE TO GET YOURSELF A LEDGER NANO S

The news around Cardano is getting better every day. Tosh Times reported five days ago that Cardano 1.5 had successfully launched on mainnet. This is a step closer to the network release of Shelley.

In a recent tweet Charles Hoskinson, founder of Cardano, teased his followers on twitter with a sneak peak of the Shelley testnet.

All of this good news has been reflected in ADA’s increase in price. At the time of writing this article, ADA had increased 10.10% in 24 hours and increased 30% within a week. 2019 could well be the year that Cardano reaches its full potential.