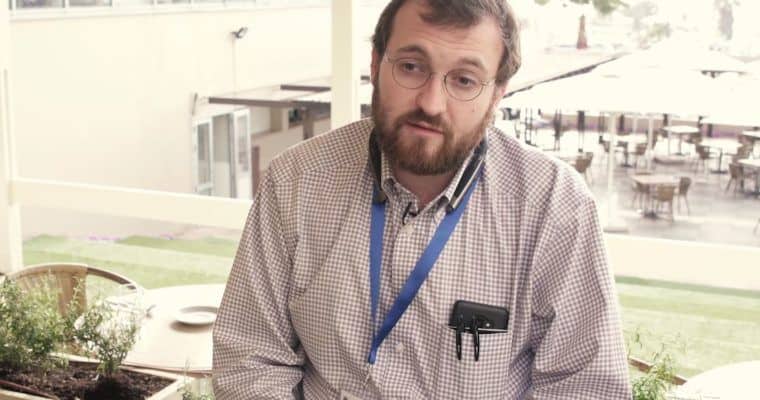 Charles Hoskinson is a Colorado based entrepreneur, mathematician and humanitarian who aims to solve global problems with emerging technologies. One of his priorities is to provide access to financial tools for billions of people around the world using blockchain tech.

Studies show that access to Internet technologies, providing digital identities, and financial tools improves the quality of life. Especially when people are able to trade, transact, and have access to marketplaces.

Rated as one of the crypto communities richest members with a crypto net worth said to be as high as $500-$600 million. Charles has definitely had his successes within the sphere.

Despite his success, he continues to spread the word of crypto and blockchain, while developing new global partnerships. Many of these partnerships are within the developed world, but also in countries like Japan and South Korea, where technologies are highly advanced.

Charles has been traveling the world as a champion for cryptocurrencies, as well as for marketing and building communities for his latest creation, Cardano.

As a founder of several startups, including, IOHK, Ethereum, Bitshares, Ethereum Classic, the Bitcoin Foundation, and Invictus Innovations, Hoskinson is highly strategic in his endeavors.

Charles is meticulous in his approach in solving social, technical and world problems with blockchain technologies, specifically with Cardano’s ADA. Born in 1987, he obtained his education at the Metropolitan State University of Denver, and the University of Colorado at Boulder.

Hoskinson took the dive into crypto professionally after the Cypriot Crisis from 2012-2013. This opened his eyes to systemic financial failures, and the dire need to address them.

As a result, he spread awareness of cryptocurrencies, such as with The Bitcoin Education Project in May 2013, and the Cryptocurrency Research Group. He also has a Blockchain Udemy class with around 84,000 students.

Converging tech trends, combined with the devastating political and financial climate seems to have been a catalyst for Charles to get involved.

In 2013 Hoskinson co-founded Invictus Innovations and Ethereum, after reading Vitalik Buterin’s impressive white paper (that Vitalik wrote at the age of 19.)

Charles Hoskinson and Jeremy Wood founded IOHK in March 2015, and in line with open source projects, they didn’t have a strict roadmap and white paper to follow. They created sets of principles and philosophies that embraced a “collection of design principles, engineering best practices, and avenues for exploration.”

Cardano was launched in September 2017, and has been keeping Charles busy in leading the project. Cardano is considered a third generation blockchain that is unique in several ways.

For example, Cardano is written Haskell, a secure functional programming language used in financial institutions and defense software. The same kind of robustness you would want in a cryptocurrency.

It also aims to address issues of scalability, interoperability and security using a Proof of Stake consensus algorithm, Ouroboros. The development of Cardano includes a global peer-to-peer review system to keep the project honest, uncommon within the crypto community.

Timeline of Events for Charles

Charles Hoskinson All Over The Planet and Internet

Charles has visited around 30 countries, and has travelled about 250 days out of this past year alone. Part of his role, includes marketing and developing Cardano’s communities and partnerships.