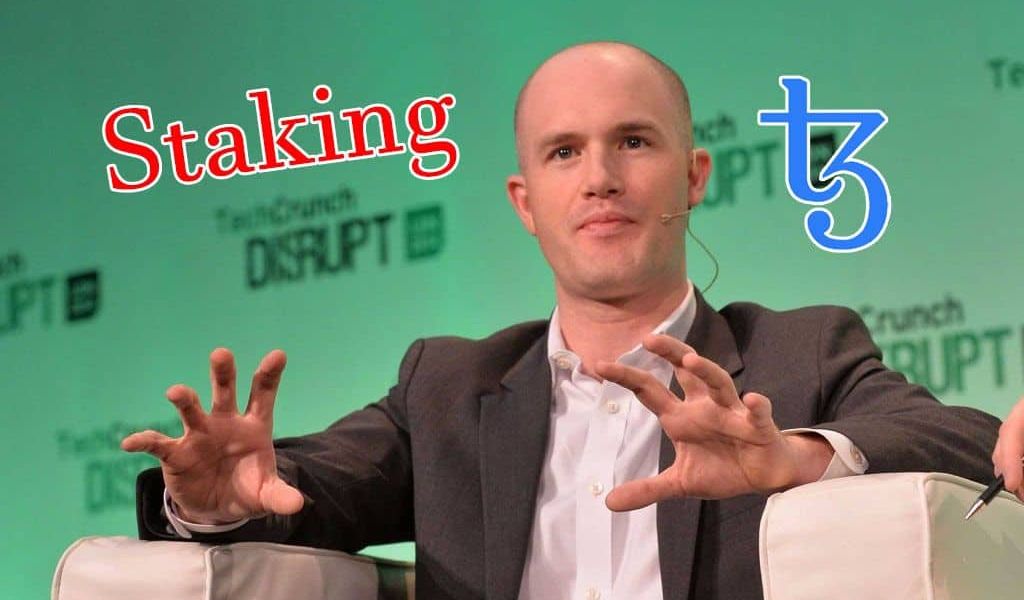 In a bid to help their clients earn money, and take a nice commission off the top for themselves, Coinbase has announced that they’re creating a service to let institutional investors stake coins for a profit. Initially the only coin available for staking will be Tezos although Coinbase has stated that they plan to support more coins down the road.

Unlike proof-of-work which requires miners to secure a network, proof-of-stake networks are secured by coins that a user deposits. As long as they do not act maliciously the coins stay safe and in return for staking them it’s possible to earn a reward. The more coins that are staked the higher the reward.

According to a Medium post announcing the service, Coinbase currently has more than 60 institutional clients and $600 million under management. While many of these clients may be interested in earning a reward for staking their coins they may not have the ability to do it safely.

That’s where Coinbase comes in. They will handle all of the technical aspects of staking making it easy for investors to earn a passive profit. Further, Coinbase will guarantee the coins against any losses. That means investors can earn a risk free return just by enrolling in the service.

Each proof-of-stake blockchain offers a different reward for its stakers. At this time Tezos is the only coin that Coinbase is going to support and they claim that the return will be about 6.6% annually. That’s only about 75% of the full 8% return, as Coinbase takes a variable 20 or 25% fee for their service. However, it’s still a great deal if an institution is going to hold the coin anyways.

Other coins have different rewards. Ethereum, for instance, is expected to transition away from proof-of-work to proof-of-stake sometime in the next two years. When that happens it’s expected that the rewards for staking will be only a couple of percent per year. Whether institutional clients will be interested in staking for a smaller return remains to be seen. However, for Tezos at least Coinbase is expecting a high demand.

Coinbase has stated that down the line they are going to be offering support for more coins. “The recent successes of Tezos and Cosmos is the start of a more open and engaging era in crypto: one where all participants can actively help secure blockchains and influence their development. We plan to offer secure, regulated staking services for any chains our clients invest in.”

If this program proves successful it will be interesting to see if other custodians begin to offer similar services. Fidelity, for instance, recently went live with Bitcoin custody. While Bitcoin cannot be staked Fidelity will no doubt support proof-of-stake coins in the future. When they do their investors may demand the ability to stake and earn a passive profit. This could be good for the ecosystem as a high number of honest will mean more secure networks and more adoption down the line.