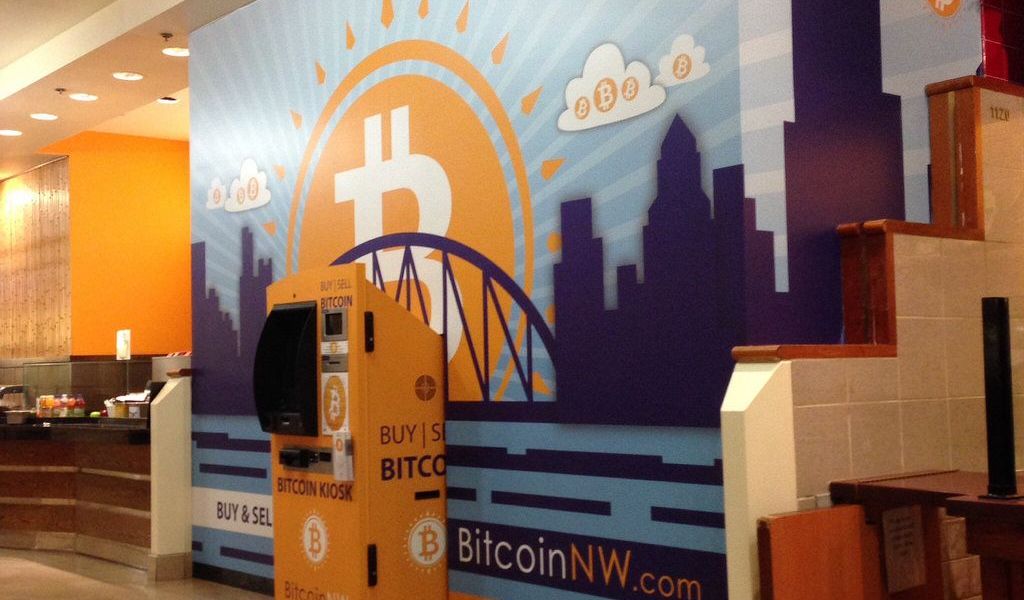 A Bitcoin ATM enables the user to exchange Bitcoin for cash, or vice versa. Bitcoin ATMs increased drastically in popularity during the Bitcoin price surge of last year, which led them to appear in many new cities. Although not a traditional ATM, Bitcoin ATMs provide buyers with a psychical paper receipt for their purchase, which can be seen as an effort to bridge the psychological gap between physical and virtual currencies.

Coinsource is a Texas firm that specializes in the deployment and maintenance of cryptocurrency ATMs – more specifically Bitcoin-centered ATMs. Coinsource has previously deployed a large number of crypto ATMs in the US and has recently installed machines in both Massachusetts, New Hampshire, Rhode Island and Georgia.

However, this latest initiative marks a push on the metropolitan Washington DC area and Maryland. Coinsource argues that the installations in the American capital were prompted by a notable demand from local merchants and cryptocurrency users. Coinsource is set to install twenty crypto ATMs in Washington DC – this is in addition to the five machines already present in the city.

Washington DC is increasingly becoming a hotbed for cryptocurrency activity, with several different shops accepting Bitcoin as viable payment since the end of last year. Coinsource’s CEO Sheffield Clark described Washington DC as an ”inflection point”, due to the local presence of both cryptocurrency aficionados and regulators. Moreover, he argued that Washington DC ATMs were absolutely necessary to boost the long-term appeal and viability of crypto, as ”all innovation over time” has been facilitated by decisions in the US capital.

This latest series of ATM installations will see Coinsource solidify its position as the world’s largest Bitcoin ATM network. Furthermore, the DC installations will be spaced out all over the Maryland area, in an effort to reach the largest audience possible. A dozen will be installed in Washington DC, whilst five will be allocated to Baltimore, as well as one each in Takoma Park, Oxon Hill, and Towson.

Coinsource currently operates 182 machines in the US, spread across 19 states. This means that Coinsource can already service 164 million US residents, demonstrating the widespread achieved by the Bitcoin ATM network. It remains to be seen whether Coinsource will continue its aggressive rollout of Bitcoin ATM installations, or decelerate their efforts as an increasing portion of the United States falls under their Bitcoin ATM coverage.