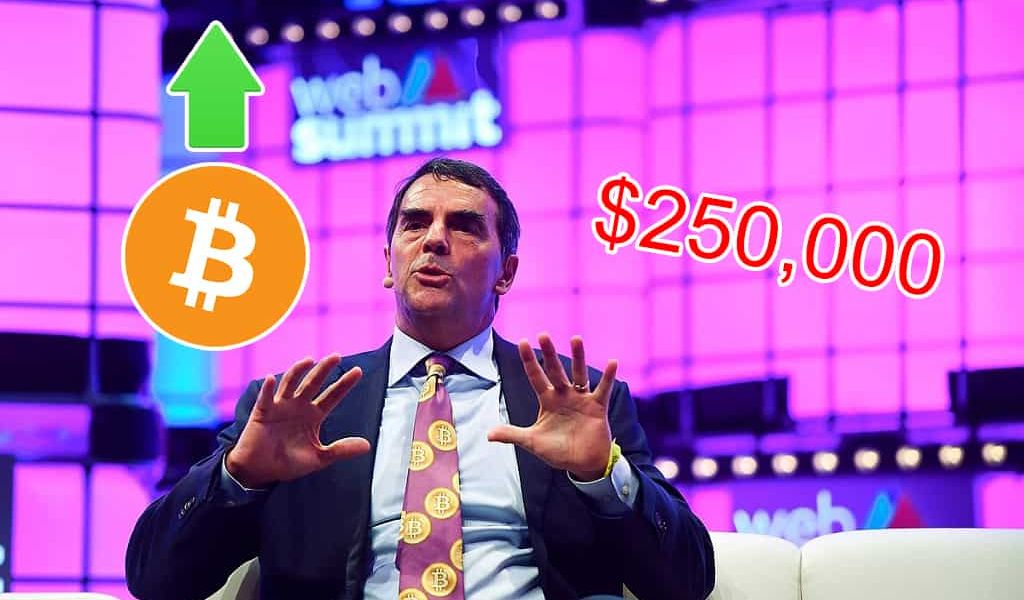 Tim Draper, a famous crypto billionaire and investor in new technology, is sticking by his valuation that Bitcoin will be worth $250,000. However, his previous prediction stated that this would happen in 2022 and now he has revised his timing to around 2023.

Draper appeared in a YouTube interview with @cryptowendyO. He remains very bullish not just about Bitcoin’s price but also about how it will be used in the future. He feels that once it hits its top price people will start to spend it. Moreover, by then the technology will be in place to reduce the cost of the transaction. He stated that:

‘“I think eventually they’ll spend it when they feel like the value has come to a pretty good place. But, $250,000 per Bitcoin in 2022 is what I predicted. It might be 2023, but it’s in that range. And that’s only a 5% market share of all the currency in the world. So, I can see why people who are real believers are holding on.”

Draper’s view is that Bitcoin will solve many problems that the current financial system has. He shares this example, “If I were Lucasfilms and I had to pay all 15,000 of those people who get credit at the end of the movie, I would sure rather have that be Bitcoin wallets than sending each of them an envelope, a check and a postage stamp.”

Better Store of Value than Gold

Draper views Bitcoin as the new gold and derides the use of gold as a store of value.

“Gold is so gone. What would you use gold for when you can store value with Bitcoin? It’s nonsense. But I’m sure a lot of people still do it, and they think of the gold standard as the good coin. But I look at it and I say, ‘What? You’re comparing Bitcoin to gold?’ It’s like 10 generations from when we used gold to transfer value.”

In a recent CNBC interview PayPal CEO Dan Schulman stated that he doesn’t view crypto as money. In his view cryptocurrencies will never reach mass adoption as there isn’t the demand from retailers. Schulman said:

“I have always thought that crypto was more of a reward mechanism for implementing blockchain as opposed to really a currency. And we’re not seeing many retailers at all accept any of the cryptocurrencies. But I think the underlying technology is still very interesting.”

Only time will tell who is right, both appreciate the technology behind cryptocurrencies, but that is where the similarities end. The history of technology tells us that if you are not part of the developing technology you will be replaced by it, just ask the owners of Blockbuster Video Stores.