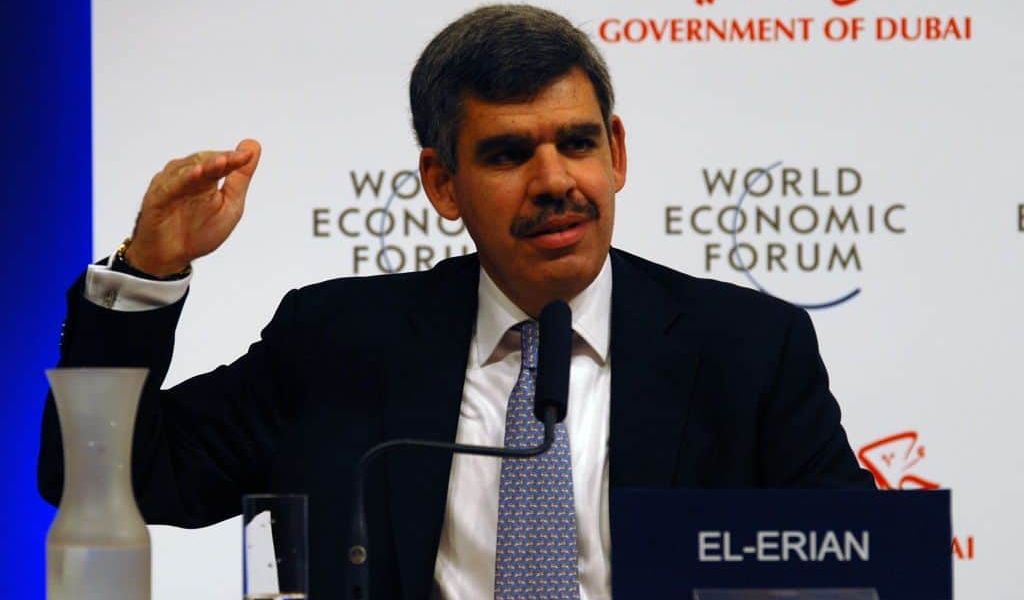 El-Erain attended New York’s Consensus Invest 2018 event, and discussed the future of crypto with Andrew Sorkin, author of, “Too Big To Fail.”  Mohamed has increasingly made a habit out of coming to the defense of cryptocurrencies, and remains confident in their long-term outlook.

Yahoo Finance considers him to be “well respected” within the financial sector.  This is important as he recognizes how crypto fundamentals and their evolving underlying technologies create many advantages over traditional government-controlled fiat currencies.

Widespread Adoption Is Coming
“We’re going to see more widespread adoption, both by the private and public sector, of the blockchain technology and related technologies.”  Although Mohamed believes that widespread adoption is coming, he claims it won’t be as big and fast as many within the crypto community believe.

“We are seeing a rotation going on — retail is becoming more reasonable,” El-Erian claims.  “The exuberance is behind us, and institutions are starting to establish a foothold.”  Bitcoin will become more “widespread” but won’t “replace money” as cryptocurrencies “don’t have the intrinsic attributes of a currency.”  El-Erain believes that Bitcoin is not a currency but a commodity.

Mohamed reiterates that he believes “Bitcoin is best bought under USD $5,000” and that he doesn’t expect it to get back up to $20,000.  Even though Bitcoin’s price has dropped to new lows near $3500, which has been major downer for many.  The fundamentals of cryptocurrencies are strong enough to make them stick around.

“Somehow Bitcoin has lived in a swamp and survived… There are thousands of other tokens that you could argue are better, but yet Bitcoin continues to survive, thrive and attract attention.”

Regardless of the recent negative press, Bitcoin and other cryptocurrencies have a bright future.  Sprecher’s cozying up to cryptocurrencies makes sense with his ties to Bakkt, a cryptocurrency exchange where his wife is also CEO.  They aren’t the only names with faith in fintech.

Morgan Creek Capital Management’s CEO and Chief Investment Officer, Mark Yusko implies that if the US economy collapses under it’s debt, there is a chance that Bitcoin could be a “safe bet.”

Blockchain technology is revolutionary as the Internet and will “restructure society” says Overstock CEO Patrick Byrne.

Even though Bitcoin and other cryptocurrencies hit recent lows in ‘price,’ institutional investors are gearing up to enter the crypto space.  Even planning ahead as they are now aware of the viral effect technology advances have on legacy banking systems. If they don’t adapt to technological creep, they won’t survive.

Internet Technology companies like Amazon have started competing with banks by offering new financial services.  As the competition gets heated, banks have begun investing in blockchain technologies such as with Bank of America.  A major holder of blockchain patents indicative of their interest in blockchain tech.