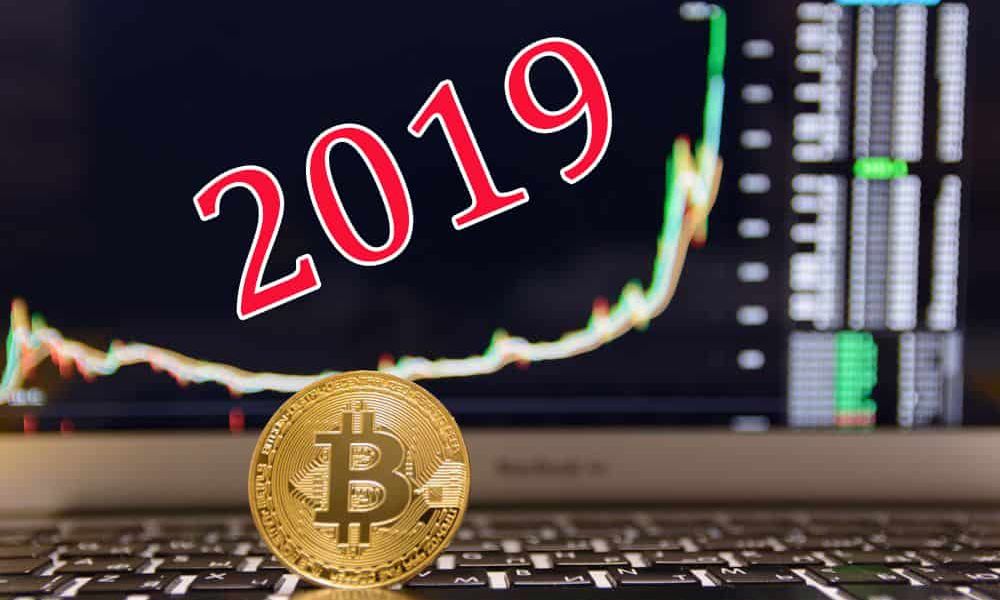 The year 2018 is a turbulent year for all cryptocurrency holders. The price is down over 80% from the highs of the end of last year. However, the fundamentals have never been stronger even though the price is falling. 2019 is closing in and what can we expect from next year and what are the major trends?

What has happened until now?

During 2017 the cryptocurrency market exploded, and the altcoins and utility tokens emerged on a large scale. It did not matter what investors bought because most of the cryptocurrencies went up thousands of percent in price. The media started to write about the market and FOMO (Fear Of Missing Out) drove millions of retail investors into the crypto world. It is unusual that only retail investors drive a market, but this was the case. During the end of 2017 the market took off, and the total market cap reached $830 billion, and bitcoin reached $20 000 per coin.

However, 2018 is a very different story. The market fell from the all-time high levels of $830 billion to $100 billion. A fall of 87 per cent. How is it possible and what has driven the market lower?

First of all, everything that comes up also comes down. Markets move in cycles, and a move up of thousands of percents is not healthy. Spencer Bogart, an executive at Blockchain Capital, said that everything that goes up tends to go up a bit too much. The opposite is also true. The market went up too much, and the infrastructure was not ready yet. Regulators began watching the space and have started to create a regulatory framework around it.

The infrastructure is improving, and 2019 has a lot in store for us that could turn the tide.

Retail investors drove the market during the last bull run, and many say that institutions might ignite the next. However, the institutions do not want to buy a bitcoin at $20 000 per coin. They want to buy at the lowest price possible, and the big players will most likely enter the market in 2019. Therefore, the market might see one last capitulation where the money goes from weak hands to strong hands, aka the institutions.

Trend one – Institutions will enter the market

That is not all, Intercontinental Exchange, the owner of New York Stock Exchange, will launch their platform Bakkt during 2019 in collaboration with Microsoft and Starbucks to spur mass adoption. The stock exchanges Nasdaq and Boerse Stuttgart, the second largest exchange in Germany, will start to offer crypto related products and trading platforms.

If institutions and exchanges bring a few percent of their customers into the cryptocurrency market, this could indeed initiate the next crypto bull run and create FOMO once again.

However, institutions are waiting for a safe environment to enter the cryptocurrency world. They are waiting for custodial services to be created. Many big players are working on such services to help institutions to enter. One of them is BlackRock who currently manage a modest amount of $6,28 trillion. They are not alone, the worlds biggest cryptocurrency exchange Coinbase and Goldman Sachs are other examples that are working on similar products. We are not there yet, but the infrastructure is being built in front of our eyes.

Another factor that will bring institutions and other investors into the market is through an Exchange Traded Fund (ETF). Many have tried to launch such a product, but no one has gotten it approved yet. The Winklevoss twins among others failed because the SEC argued that it was not safe enough for investors. The status now is that ETFs are postponed and the SEC might approve it during 2019. The SEC is reviewing the ETF by the investment firm VanEck and blockchain company Solidx on the Chicago Board Options Exchange (CBOE). This ETF is the one with the biggest chance of success due to CBOEs relationship with the SEC.

Trend two – Regulation and the emergence of security tokens

An Initial Coin offering (ICO) is a way for start-ups to raise money, global crowdfunding. However, most of the companies created through an ICO during 2017 will fail because they will run out of money or because no one will use their coins/tokens. Another factor is the Security and Exchange Commission (SEC) and regulation. Almost all the ICOs created utility tokens, many of them did not follow the regulatory framework and the SEC is now going after them. Even though they are going after ICOs, they are not against ICOs. The commissioner Jay Clayton even said that ICOs are a great way of raising capital if the startups follow the regulatory framework.

“If 2017 marked the emergence of initial coin offerings and 2018 has been the year of regulatory uncertainty around those ICOs. Then 2019 will belong to the security token. So far, security token offerings make up only a relatively small percentage of ICOs. But that will soon change. Security tokens, not utility coins, will attract significant amounts of Wall Street money next year.”

Another trend that is under development is stable coins. A ”stable coin” is a cryptocurrency that holds a stable value. The coin gets pegged to another stable asset such as gold or the U.S. dollar for example. Unlike our traditional stable assets, a stable coin is global and not tied to a central bank. The masses are watching the crypto market but are not entering because of the volatility. Stable coins are the solution.

Regarding the future of stable coins, they can indeed drive adoption. The potential for stable coins is huge, in everything from crypto insurance to lending and savings means entrepreneurs also hope there can be room in the market for many successful, stable coins.

All pieces are coming into place. If bitcoin were seeing its last days, the major players mentioned would not be entering the market like they are. The market is giving us a second chance to enter at low prices. It would be worrying if the market were falling and that no development would occur. Then there would be a reason. Now, however, the market is growing every day just like the internet we use today the blockchain and cryptocurrencies will most likely have a big part in all of our futures. Bare this in mind. The internet we use today is not the internet that was created during the 1990s.

Dennis Sahlström has been trading and investing since 2012 and has for the last two years been consistently profitable. He has been in the crypto- and blockchain space since the middle of 2017 and realized its potential for our world, not least how it is transforming the society we live in. He has now created an education platform, together with the wealth coach Marcus the Maria. They teach regular people how to invest and trade in the cryptocurrency market with proven strategies. If you want to learn more and feel like its time to get into this new asset class, download our free book and register to the next live training to get your future in cryptocurrencies started.

Dennis Sahlström has been trading and investing since 2012 and has for the last two years been consistently profitable. He has been in the crypto- and blockchain space since the middle of 2017 and realized its potential for our world, not least how it is transforming the society we live in. He has now created an education platform, together with the wealth coach Marcus the Maria. They teach regular people how to invest and trade in the cryptocurrency market with proven strategies. If you want to learn more and feel like its time to get into this new asset class, download our free book and register to the next live training to get your future in cryptocurrencies started. View all posts by Dennis Sahlstrom