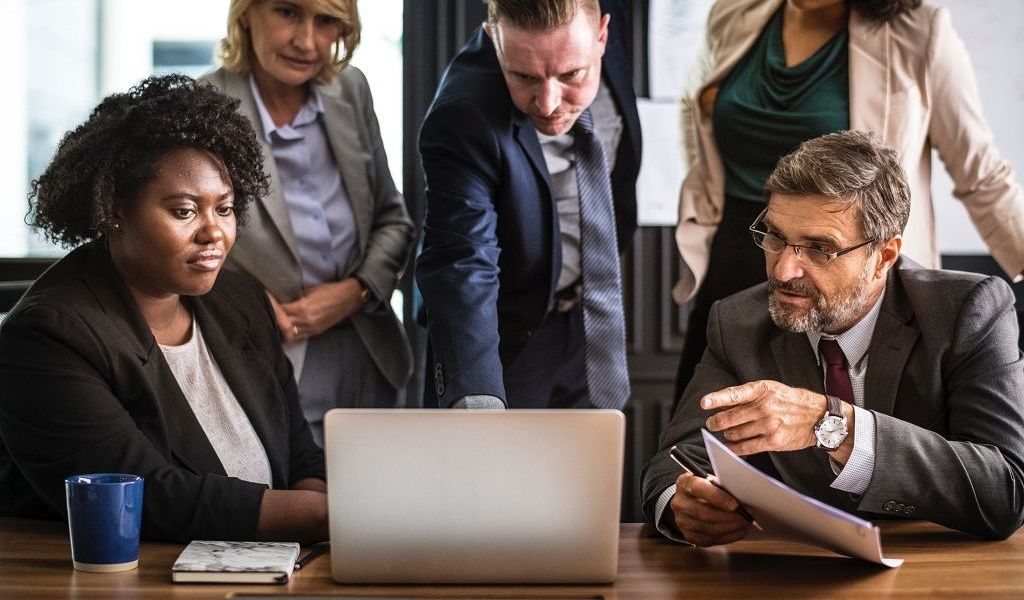 The past week saw the cryptocurrency market recuperate some of the losses incurred during the drastic drop last Wednesday. Moreover, this comes as the fund manager turned cryptocurrency evangelic Michael Novogratz has suggested that the ”bottom has been reached” in cryptocurrencies, indicating that the markets are about to rebound.

Whilst it is always hard to definitively predict how the cryptocurrency market and investor sentiment will develop, one could indeed make a compelling argument that the price of major cryptocurrencies is currently heading up rather than down.

The prices of cryptocurrencies, in general, are often linked to the performance of Bitcoin, and the past week has been a good one for Bitcoin. Although the week did not bring any explosive price increases and the cryptocurrency is still valued significantly below the levels it traded at previous to last week’s drop, one should note that it has increased steadily day-over-day.

Ethereum, on the other hand, has not experienced the same steady increases during this week. Nevertheless, it would appear that the cryptocurrency is ending the week on a positive note as well, as it has surged by a remarkable more than 25% since September 12th.

This price increase has partly been on the heels of a flurry of positive Ethereum-related news. But it is also symptomatic of market-wide gains experienced by virtually all major cryptocurrencies. It would appear that the price of Ethereum found a floor just north of $170. And has now returned to trading around levels comfortably above $200.

It remains to be seen whether Ethereum will see a continuation of this price increase as we head into the next week.

However, the last few days strong performance and the current reversal in the market trend has seen the total cryptocurrency market capitalization reclaim the 200 billion dollar mark, and the aggregate market cap would now appear to be securely above this line.

The recent trend reversal in the price of Ethereum cannot merely be attributed to the market-wide trend. Rather, this past week has seen a flood of positive Ethereum news worth compiling and unpacking.

Most recently, a blockchain and cryptocurrency researcher successfully coded a Sharding proof-of-concept (PoC) at the Germany-based hackathon ”ETH Berlin”.

Sharding is a second-layer scaling solution that is seen as a vital step. Towards increasing the viability for Ethereum to eventually serve hundreds of thousands or even millions of users.

Essentially, Sharding is intended to use a mechanism wherein only a small subset of the blockchain’s nodes is needed to verify each transaction. The blockchain can, therefore, be ”broken up” into separate, more easily managed pieces – ”shards”.

In theory, this will dramatically increase the number of transactions that can be processed at any given time.

Although a number of developmental hurdles remain to be cleared before Sharding can be successfully implemented in the Ethereum network. This PoC nonetheless represents a significant step towards realizing the technology.

In addition to this, news broke during this week. Ethereum’s upcoming hard fork – dubbed ”Constantinople” – will come to the Ropsten testnet during the second week of October.

The update is described as a technical one that should lower transaction fees and feature numerous optimizations. As well as carry out some network maintenance. This news of the Constantinople update comes as Ethereum’s co-founder, Vitalik Buterin, touted Ethereum during this week as a premier example of a cryptocurrency and blockchain capable of self-improvement that is undertaken in tandem with the community.

Furthermore, Buterin has also been in the news. Following a recently much-publicized tweet that ”the opportunities for 1000x returns in crypto” are now gone. A few days ago, Buterin clarified that this should not be misunderstood as bearish sentiment. Rather, he stressed the still huge potential that is still present even if it returns are less than thousandfold.

Code Review Reveals That Gemini Stablecoin Can Be Frozen At-Will

The news that the Winklevoss twins-founded digital currency platform Gemini will release its own stablecoin. The US dollar-pegged ”Gemini Dollar”, was initially met with some interest. As the coin is being advertised as the first regulated stablecoin.

During this week, however, the blockchain researcher Alex Lebed performed a code review. On the Gemini Dollar’s smart contract and uncovered that Gemini can potentially freeze user accounts.

Moreover, the ERC20Proxy contract used by the Gemini Dollar also gives Gemini the power to upgrade the contract every other day – endowing Gemini with the power to potentially render all tokens non-transferable through a ”custodian upgrade”.

This entails a degree of centralization that goes against the fundamental philosophy of decentralized assets. Nevertheless, it would appear that these measures were necessary compromises from Gemini’s part. In order to have the stablecoin become regulated.

While the Gemini Dollar white paper states that a stablecoin pegged to the US dollar requires some ”elements of oversight”. The cryptocurrency community has nonetheless expressed suspicion over these tools potentially allowing complete control over the coin.

Blockchain Could Boost Trade Finance, Generate $1 Trillion According to WEF

Fresh research from the World Economic Forum (WEF), undertaken in conjunction with Bain & Company, has shown that distributed ledger technology might hold the key to reducing the growing global trade finance gap.

The global trade finance gap disproportionally affects small and medium-sized enterprises. Makes it significantly harder for these to attract financing needed in order to make investments and expand.

Furthermore, the global trade finance gap is projected to grow by a whopping 60% just in the coming seven years. Nevertheless, the WEF has released a report stating that this problem could potentially be alleviated through the use of blockchain.

More specifically, Bain & Company have projected that ~40% of traditional documentary trade will move to use distributed ledger technology, or around $0.9 trillion worth of trade, due to superior service levels and lower fees compared to current methods.

In addition to this, ~40% of traditional documentary trade will continue using current methods. Whilst a small percentage of open account transactions will also begin using distributed ledger technology. Reportedly due to cheaper financing and risk mitigation.

Although it should be noted that this is only a projection, Bain & Company is a respected management consulting firm – and the World Economic Forum is likewise a lauded nonprofit foundation.

Using blockchain technology in this way to generate new trade volume essentially out of thin air. By optimizing existing processes, would undoubtedly be a spectacularly positive use case for distributed ledger technology.

Disclaimer: Unless otherwise specified, the content of the articles published in this document constitutes intellectual property of Ivan Liljeqvist AB and may not be reproduced or republished in whole or in part without prior written consent. The information contained in this document or the articles and documents published on toshitimes.com does not in any way constitute financial or investor advice and is only intended for informative purposes. Readers may not rely on such information to decide on investment or financing options or otherwise rely on such information in making decisions with monetary or financial effects. Ivan Liljeqvist AB does not accept any liability of any kind with regards to the validity of the information or with regards to any damage suffered as a result of reliance on such information. © 2018 Ivan Liljeqvist AB
Contact: ivan@ivanontech.com