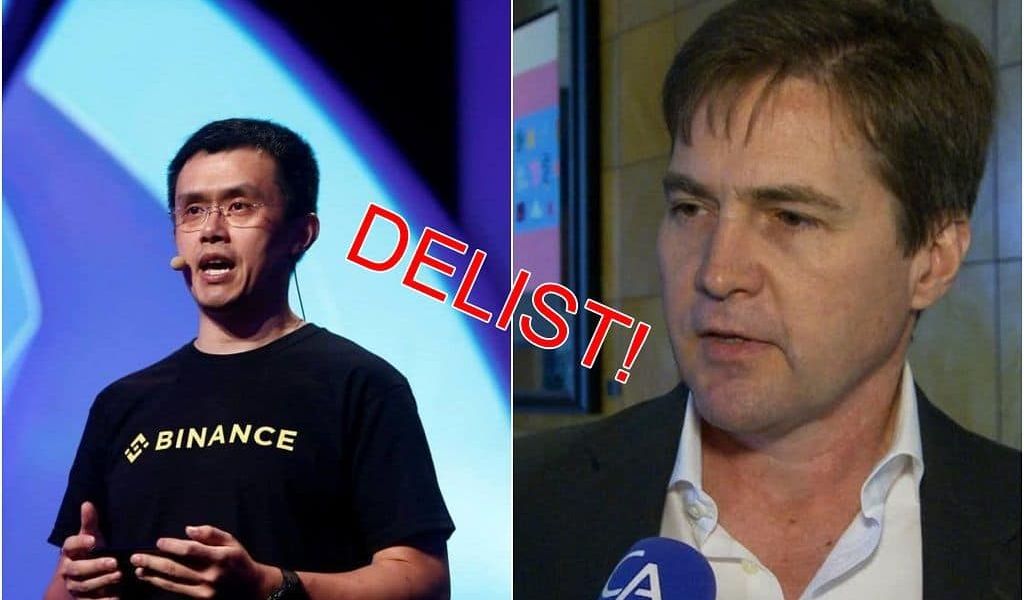 Craig Wright is one of the more polarizing figures in the cryptocurrency community. Among many other things he’s started to claim that he’s Satoshi Nakamoto, the creator of Bitcoin. While his behavior at first was only mildly irritating, it’s recently grown into a real nuisance and Craig is attracting attention from some of the largest names in crypto.

In a recent Tweet CZ, the CEO of Binance, said, “Craig Wright is not Satoshi. Anymore of this sh!t, we delist!”

On Reddit and Twitter the comments were almost universally in favor of this move. Many people feel that Craig Wright is not Satoshi and they’re tired of hearing him make that claim. To have his coin delisted from Binance would be a major blow as it’s the most heavily trafficked exchange in the world.

One of the first comments warned that Craig Wright might sue CZ for defamation, to which CZ replied, “oh, and it won’t be the first time, and we learned a few things. The losers pay for our lawyer fees. We have a number of very good/expensive lawyers.”

He’s clearly not worried about any repercussions nor should he be. Most people agree that there is only one incontrovertible way to prove yourself Satoshi Nakamoto and Craig Wright has not done it.

The first Bitcoin were mined by Satoshi himself and have not been moved in a decade. If a person wanted to prove that they were in fact Satoshi they would have to move some of the Bitcoin from this early period. This is something that Craig Wright has been unable to do and it makes his claims to be the inventor of Bitcoin almost worthless.

All of this goes to show that Craig Wright is incapable of working with other people or accepting a majority opinion which differs from his own. It makes perfect sense then why CV would call him out and say that he’s tired of Craig’s antics. Hopefully the Tweet has some effect but if it doesn’t, the threat of getting delisted looms large and that may be something that Bitcoin Cash SV cannot afford.