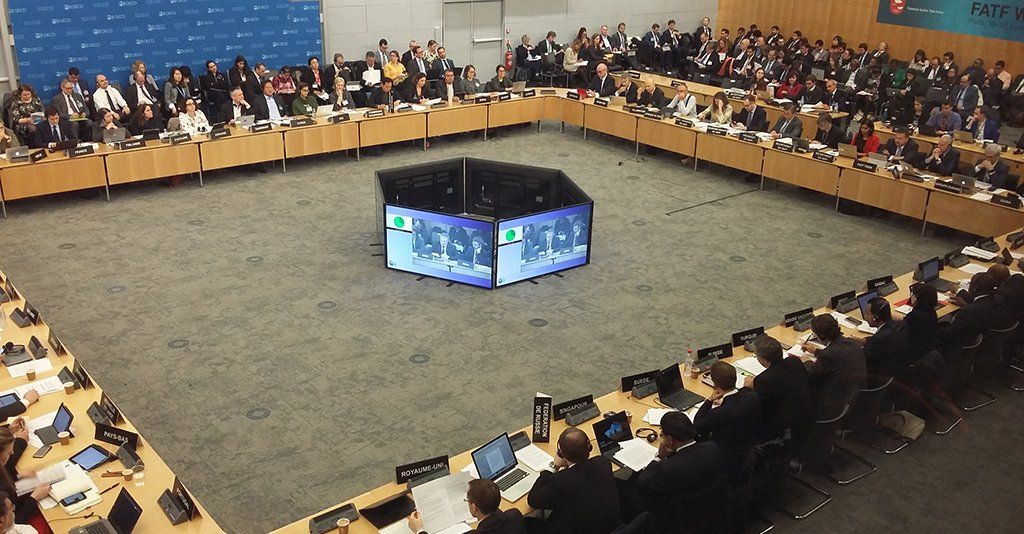 An international group known as the Financial Action Task Force (FATF), which is made up of representatives from 36 developed nations as well as the European Commission, is to begin talks on June 24th, which, in the name of combatting money laundering, aim at creating legally binding international rules for cryptocurrency exchanges.

Crime and crypto is a link that mainstream advocates of the technology have been trying to sever since day one. If you ask your average man on the street what he associates bitcoin with, chances are, the darknet or buying illicit materials online will feature in the top 5. Bitcoin, after all found its first real use case as the de facto currency of Silk Road, a marketplace which specialized in the sale of illegal drugs online. Bitcoin, as well as other privacy focussed coins like Monero have also been used as mediums for terrorism financing and money laundering in numerous cases.

On this note then, it may come as no surprise that movement toward a global and binding rulebook for cryptocurrency exchanges may be starting shortly.

The FATF, an international body which was formed by the G7 in 1989, holds a mandate to tackle problems of money laundering worldwide and has been identified by an unnamed Japanese government official, as the body which will lead the way in creating a unified approach in addressing the use of cryptocurrencies in money laundering cases.

The Japanese government official has stated that the talks will begin on June 24th, with a view to having a framework on the table and ready for adoption by G20 nations by 2019, a year before Japan assumes the rotating leadership role of the body in 2020. Japan has emerged as a global leader in cryptocurrency regulation, being one of the first nations in the world to recognize bitcoin as a legal form of payment.

The discussions will apparently focus on the effectiveness of current rules member states have signed up to, regarding exchange-licensing initiatives, ‘Know Your Customer’ (KYC) norms and prevent and report strategies for money laundering. These rules are however at the moment non-binding, meaning that largely they have been inconsistently and ineffectively enforced throughout signatory states. There will also be a discussion of strategies to engage nations which have banned cryptocurrency trade altogether.

The FATF may not be the most well-known international organization, however its members make up the largest economies in the world and so has potentially significant power to execute its mandate. If a binding agreement on an international level can come out of these talks, it may mark a significant step towards true global rules for cryptocurrency trade.