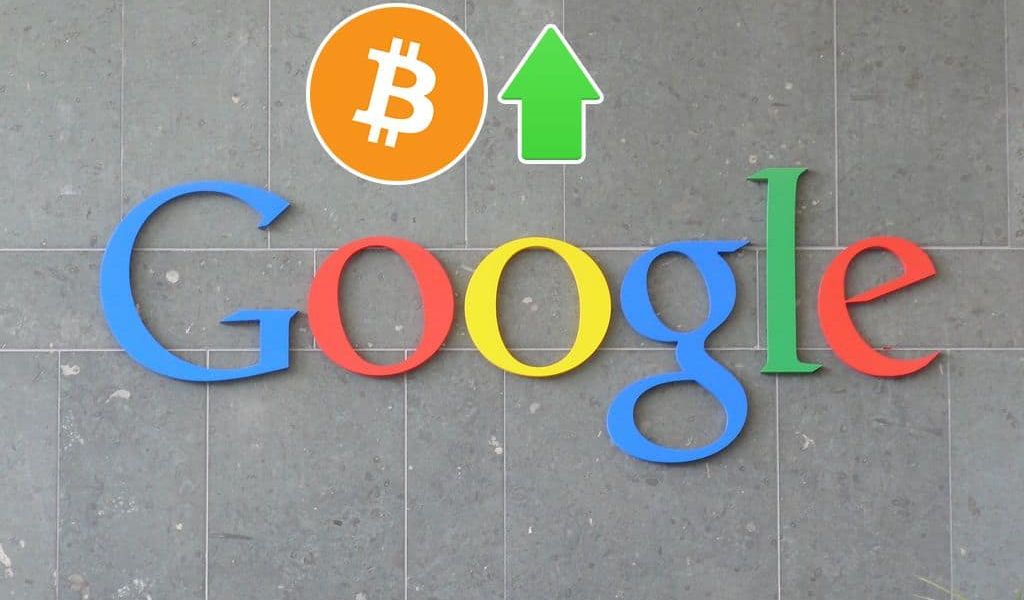 The volume of bitcoin searches on the world’s largest search engine has spiked along with this week’s price, with the site recording the highest in 6 months.

The bitcoin price isn’t the only thing spiking this week it seems, as data from Google’s trend analytics shows that bitcoin is currently at its most-searched since November 2018.

This week saw the price of the original cryptocurrency shoot up by more than 20% – there has been much speculation about what caused this, including algorithmic trading, and that it took place after a suspected order of a combined $100 million was placed and acted as a catalyst for the market in the early hours of Tuesday.

Data from Google Trends shows a massive spike in the number of searches over the last week, with the volume reaching up to 90% of that of November 2018.

With bitcoin’s sudden rise to the highest levels this year over just a few hours this week, it began grabbing headlines everywhere as pundits began speculating on whether this was the sign of a greater bullish trend to come, or just a price spike, characteristic of the cryptocurrency.

The highest-searching global locations include (curiously) St. Helena – the small island in the South Atlantic to where Napoleon was exiled, the Netherlands, South Africa, Nigeria and Austria.

Google searches are a good indicator of market cycles, as spikes in searches tend to be indicative of certain occurrences in the markets. Some investigations indicate that market spikes are preceded by periods of low search volume. That is certainly evident here, where dwindling search volume was more or less consistent since December last year.

Bitcoin searches were not just relegated to Google during this week’s boom. Baidu, China’s biggest search engine also recorded bitcoin as the no.1 trending search on its site. Despite outlawing ICOs and heavily regulating crypto trading, China is still a huge bitcoin mining hub and before the law clamped down on it, was the largest location of bitcoin trading in the world.

However, headlines lead inevitably to google searches and it is to be expected that an asset spiking 20% should capture people’s interest – especially one with such a renegade reputation as bitcoin. Whether it will hold this interest remains to be seen; higher volatility will likely be the most effective attribute to keep it in people’s minds so if bitcoin finds a floor at $5,000 or is able to push on up to $6,000 is probably what will make the difference in whether it continues to hold the headlines or if it disappears until the next big pump.