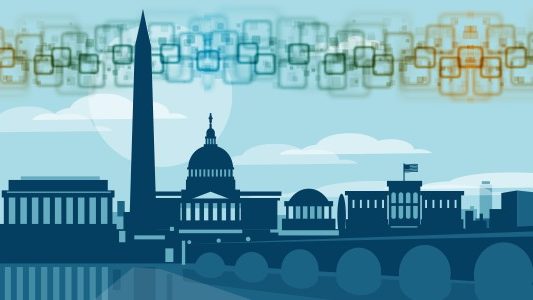 Blockchain technology is a revolutionary method of recording financial transactions, with the data being collated in blocks and stored across huge numbers of computers. It is a more secure way of carrying out money transfers and for this reason it is now being used by many industries. With the tech going mainstream, the next stage in this process appears to be its adoption by national governments.

This is already happening in China and other places

The Chinese government is noted for its enthusiastic adoption of cutting edge technology, so it is not at all surprising that it is already utilising blockchain tech. Two examples of this are the blockchain logistics platform built by Tencent in partnership with the China Federation of Logistics and Purchasing and the blockchain healthcare platform created by Alibaba for Changzhou city. Blockchain is also being explored by the Isle of Man government, with the department known as Digital Isle of Man having launched an office focused on this tech. The department’s CEO, Lyle Wraxall, has indicated that the office was set up to show the blockchain sector that the island is serious about wanting to be a major centre for businesses that use the technology.

The Government of Argentina appears to have similar ideas to that of the Isle of Man, as it announced earlier this year that it would be putting money into blockchain start-ups. The ones it will be supporting are those that already have some financial backing from Binance, the cryptocurrency exchange. Binance also has an investment arm and each blockchain start-up that it puts money into will receive around $50,000 of additional funding from the government of Argentina. This investment programme is scheduled to run for four years and the government hopes to put money into a maximum of 10 such start-ups per year.

Given the huge economic problems that it faces, Venezuela is not a country many would expect to be investing in blockchain, but the government is pinning its hopes on this tech to revive the economy. Nicolas Madura, the President, unveiled the Petro digital currency last autumn. This makes Venezuela the first nation to use such a currency and it means blockchain will be deployed across the country for Petro transactions. This is a level of support for the tech that surpasses even the other examples cited here, with the government hoping that it will help to stamp out problems such as the black market. The use of this cryptocurrency and blockchain tech at national level is also an attempt to get around the finance sanctions that have been placed on the country and which are helping to cripple its economy.

Governments around the world are turning to blockchain, whether by providing the means for businesses that use it to set up a base or by actually using cryptocurrencies at state level. It will be interesting to see which nation enjoys the most success with this experiment.