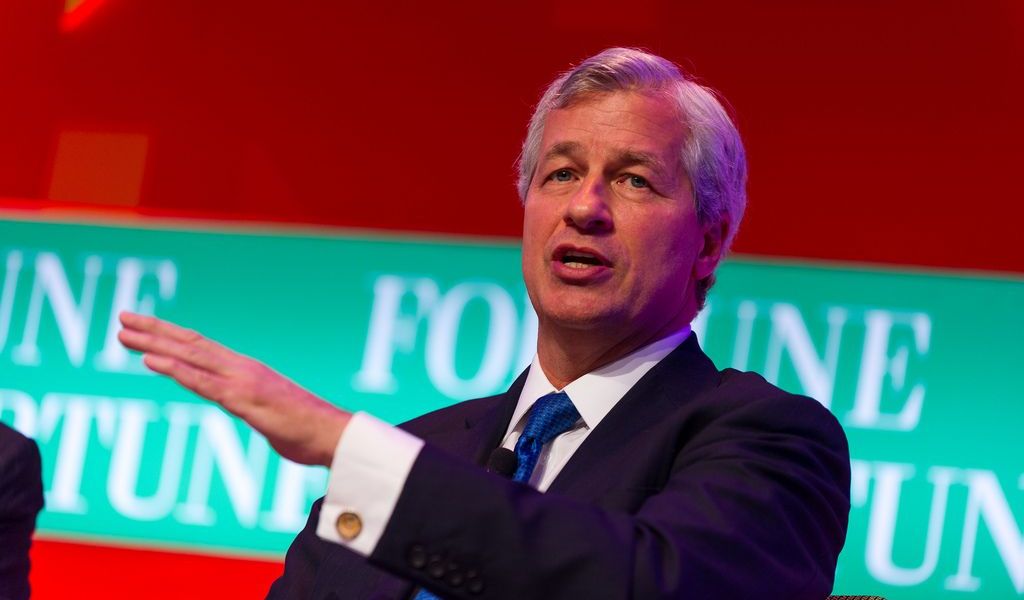 Analysing the latest Jamie Dimon’s interview which was published in the Harvard Business Review, we can easily decipher that he has got quite a good confidence on the blockchain technology. He firmly believes that this technology would work out really well for not only his company but also for many other companies in America and around the world. At the same time, he refrains himself from commenting anything on cryptocurrency. According to him, the biggest potential disruption which can happen to his business would be implementing fiat payment apps.

Jamie Dimon is the chairman and CEO of JPMorgan Chase which is one of the four America’s big banks. He feels confident about the new forms of payment, specifically naming PayPal, AliPay and Venmo. Adding to that, he said that these companies are great for the basic banking services which also helps a lot with the shopping experiences of people.

This opinion is completely Dimon’s and many a time JPMorgan’s official position on cryptocurrency do not coincide with it. It was also reported that Jamie Dimon called Bitcoin a ‘fraud’ on September 13, 2017. Along with it, he also said that he would fire any employee who would trade Bitcoin on the company’s accounts.

In an SEC filing on February 27, it was seen that the bank had marked cryptocurrency under the sub-section called “competition”. It also said that these will put downward pressure on the prices and also on the fees for the products and services of JPMorgan, which in turn, would cause the company to lose market shares.

“Face of the innovative maelstrom around the blockchain technology” is what cryptocurrencies were called in an internal report of JP Morgan.

With time, however, JPMorgan and Jamie Dimon have evidently come out as bullish on blockchain technology. The faith is so high that they even filed a blockchain-related patent on 3rd May 2018. Followed by that, on 17th May 2018, the company created and filed a new position for the head of the department of crypto assets strategy. They are definitely looking forward to everything which Blockchain Technology can potentially do. Good implementation, great news.