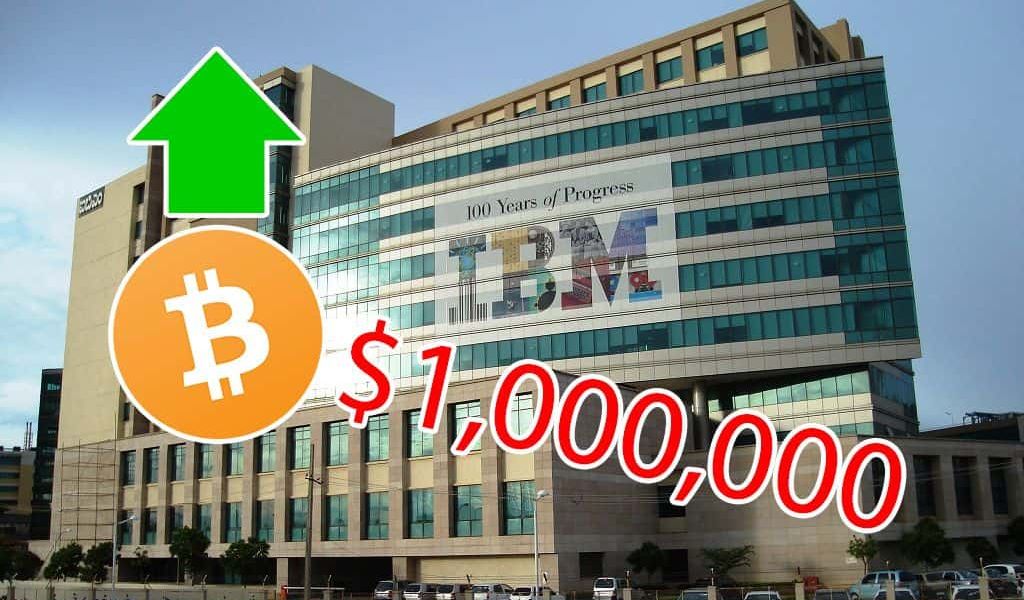 Jesse Lund, who is the vice president of IBM’s Blockchain and Digital Currencies department, has stated that he believes Bitcoin will someday hit the $1 million mark. Lund shared his prediction on a YouTube interview that was published just a few days ago.

As the interview was winding down, the IBM vice president was asked what he thinks Bitcoin’s price will be by the end of the calendar year. His response was that he thins it will be above its current price suggesting that the initial cryptocurrency will see $5,000. Lund then continued by stating, “I see Bitcoin at a million dollars someday.”

He went on to explain why he likes that million dollar forecast. “If Bitcoin is at a million dollars,” Lund said, “then satoshi is on value parity with the U.S. penny.” According to Lund, such a value would give the Bitcoin network a liquidity value of over $20 trillion.

Lund went on to suggest that with that much liquidity, high-value and corporate payments could see potential change. “I see maybe $5,000 at the end of the year, but I see a way higher upward trajectory,” he said.

Throughout the interview, Lund talked about IBM’s relationship with Stellar and how the network will be utilized with IBM’s international payment network labeled Blockchain World Wire or BWW. IBM makes use of Stellar in both its BWW project and as a way to cover transaction fees and as an intermediate currency.

The IBM vice president also shared that his company is look at working with several other digital currencies. Lund explained that he believes that there “should be an ecosystem of, a variety of digital assets that provide settlement instrumetns that enable these cross-border payments, and the participants in the network should be able to choose and negotiate their choises in real-time.”

He continued on saying, “It could be Ripple, it could be XRP even, it could be Bitcoin, but it would also probably include other instruments, like stablecoins, and even eventually soon – hopefully – central bank-issued digital currencies.”

Lund went on to explicitly differentiate between Ripple’s RippleNet and IBM’s payment network, pointing out that his poweful tech company does not rely on a bespoke token of their own.

BankDhofar, the second largest bank based on market value, recently became a member of RippleNet. The Oman bank joined the cross-border payment system to make payments to India possible.

IBM decided to launch its BWW payment network in September 2018, after closing on its relationship with Stellar a little over a year earlier. Additionally, about a week ago, , a major cryptocurrency exchange in Canada, acquired StellarX, a decentralized exchange based on Stellar.