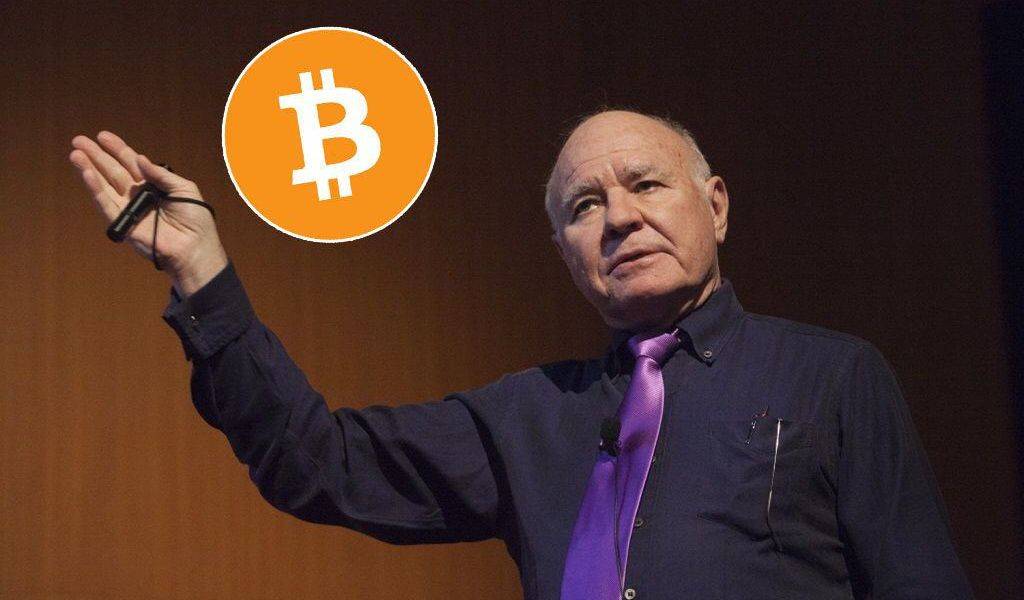 Marc Faber, one of the world’s most revered investors has admitted he has bought his first bitcoin, after rolling back somewhat on his initial .

Marc Faber is one of the world’s most renowned investors. Born in Switzerland, but now residing in Thailand, he has built a career which has now spanned more than 40 years and is often referred to as Dr. Doom or the Crash Prophet because of his pessimism for the market. He made his name when he predicted the stock market crash of 1987, advising his clients beforehand to get out of the market.

He has now bought his first bitcoin stake which he revealed in conversation with Swiss-German financial news website “Cash”. After being a long-time sceptic of the new financial technology, he said he had decided he was ready to give it a try.

In the interview Faber explains that he bought his bitcoins in February this year. He explained that he had been interested in virtual currency for a while but only found the price for investment reasonable in recent days; at around $3,000 the rate “looks better” than it did a year ago at $20,000, he stated.

Through the course of the month, bitcoin gained around $400 in value as it moved from just over $3,400 at the beginning of the month, to $3,800 by month’s end – good for Faber’s credibility as a market weather vain.

“In the last three months, bitcoin has surged 15 percent.”

The bear market which has endured since the beginning of 2018 is showing glimmers of positive movement as market sentiment seems to be signalling a thawing of the “crypto winter”.

In a statement that would have many investors kicking themselves, one must admire the honesty of such a renowned investor here as Faber also admitted that he had the chance to buy bitcoin years ago but chase not to because he says he did not understand the technology.

“I was tempted to purchase bitcoin when it was available for $200. But I held myself from purchasing something that I didn’t fully understand.”

Nevertheless, it is clearly not too late. Whilst being conservative, Faber is not averse to novel assets and advises his followers to hold assets outside of the financial system, not being a fan of cash. He regularly reminds followers of how inflation destroys wealth and how assets apart from cash are much better stores of value in the long run.

Still Not a Bitcoin Bull

Faber still reminded his followers that they should not interpret his move as a signal of change in his view of bitcoin – he is still not a bull. Whilst he did not disclose exactly how much BTC he had bought, he advocated the old investment mantra to his followers:

“I would suggest to my followers that they invest such an amount in BTC that they can afford to lose.”