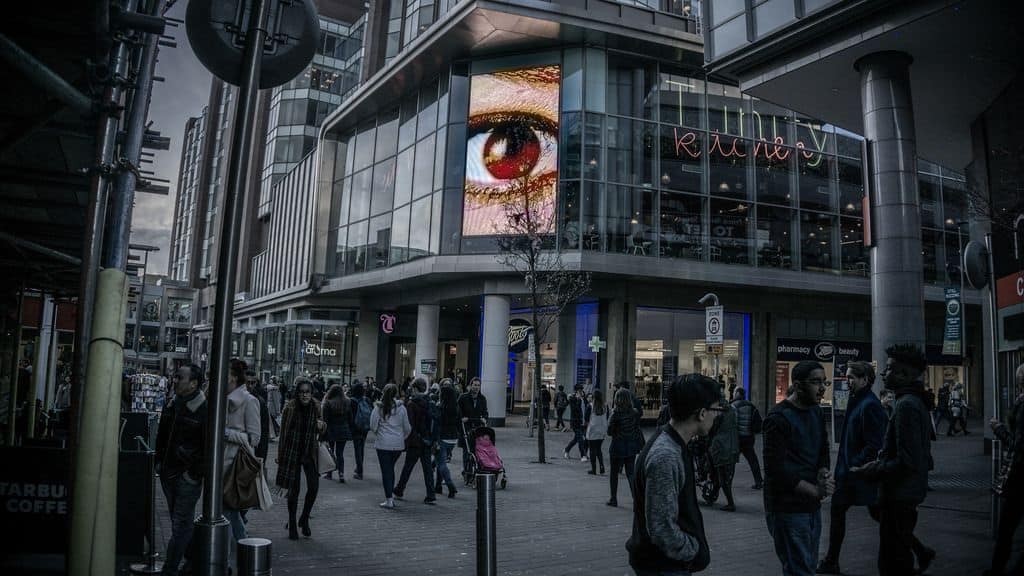 Digital currencies are often posited as a vehicle for liberation from state control. However, as can be seen from cases like Venezuela and China, they could also be used to enslave populations.

When the bitcoin genesis block was produced, inside the code was embedded a headline taken on January 3rd 2009, from British newspaper, The Times. It reads, “The Times 03/Jan/2009 Chancellor on brink of second bailout for banks”.

The sentiment of including this piece of information is clear; the current financial system does not work and we need a new one. The intertwined nature of economic and political systems, as well as their centralisation makes fiat currencies government tools which will always be leveraged to serve the interests of those in charge. Enter crypto, and its highly espoused promise to liberate populations from, at best, these broken systems, at worst, full-blown tyranny. But lessons from around the world show that actually this is not a guaranteed outcome and cryptos can even be used to control populations further. Let’s take a look at how.

Venezuela is a collapsing state. Caracas, its capital, recently was crowned the world’s cheapest city and the inflation rate of the bolivar is at more than one-million percent. The economy has been totally sabotaged by the Maduro regime and sanctions imposed by foreign countries keep Venezuela from exporting anything of value – namely its abundant crude oil reserves.

But furthermore, the regime is using a scorched-earth economic ideology to keep its citizens in line; it prefers control to prosperity. Foreign exchange limits from Caracas have kept citizens from exchanging bolivars into dollars, leaving many to watch their savings destroyed as the value of the bolivar plummets.

This has created an economic battleground where cryptocurrencies are being used as a tool by different parties to pursue the opposing goals of freedom or enslavement, depending on which side of the battle you are on.

For the people, crypto has been used as a way out by some. The crisis has seen a parallel economy in bitcoin emerge as people look for innovative ways to shield themselves; the promise of bitcoin being acted upon. But Caracas has now extended taxes on crypto transactions too and access to crypto exchanges is limited too.

On the other side of the fence, the state-backed digital currency Petro, is being rolled out as an arm of control of the government. National pension funds have been converted into this dead-on-arrival cryptocurrency, forcing pensioners into the system and it runs on centralised servers, installed by Chinese telecoms firm ZTE, which allow complete monitoring of transactions by state authorities. Various transactions with government institutions can now only be made in Petro.

So where can this lead? In the case of China, to a very sinister place indeed. Chinese authorities have already introduced a social credit system which monitors behaviours of citizens and rates them based on certain of their activities – jaywalking and voicing of undesired political views are among the ones which will get you a lower score. Low scores can result in debt-shaming as well as restricting your access to a host of things which can make life easier, including education and even dating services.

In this spirit, Chinese authorities are also planning on rolling out a national digital currency which citizens will be incentivised to use and will run a wallet which tracks the transaction information of both parties, allowing authorities an unprecedented view into how citizens are spending their money. Large-scale success of this project could well be the most comprehensive surveillance operation in human history.

Not All Cryptocurrencies Are Equal

Whilst catch-all terms like cryptocurrency and digital currency seem innocuous enough, their lack of specificity can lead to tools like Petro being lumped under the same umbrella as bitcoin or any other decentralised cryptocurrency. We must be careful here, as cuckoo-like, projects like Petro masquerade as something which they are not and actually seek to undermine the entire premise of bitcoin.

Decentralisation is one of the most important attributes of a true cryptocurrency as is the anonymity of transactions. To decentralise a currency is to remove the steering wheel and whilst malicious parties can still do things like buy large volumes of a cryptocurrency to try an exert some influence over it, they cannot directly manage it. By the same token, the degree of anonymity a crypto offers is the equivalent degree of opacity the window into its control room offers. No anonymity allows complete monitoring of who is doing what on the network and provides a valuable source of data for any party wanting to monitor people using the network. Whilst, its antithesis, total anonymity, is arguably not as fundamentally desirable as decentralisation (transaction information can actually be quite useful – think about the proof of purchase information that your credit card gives you) it is important for users to have some control over the data they give out and have the ability to limit it.

Bitcoin, contrary to many people’s beliefs is actually pseudonymous; bitcoin wallet addresses do not directly link to real identities, but it does not take much to trace that link.

Many in the tech industry are working on this to give people options. Start-up firm Samourai Wallet has created a wallet which mixes bitcoins with others in order to remove this traceability. Other projects including Monero and Zcash use various techniques including zero-knowledge proofs to obfuscate transaction data.

The potential for state control has never been greater; we all have a comprehensive monitoring device in our pockets which can be leveraged to make the Stasi look like concerned . Whilst there remain a number of ways states can assert control over the use of , anonymous cryptos – think about the fact they can deny you an internet connection – it is important we are clear about what kinds of values we want in our cryptocurrencies in order that we achieve the goals we want with these systems. Only through thoughtful and educated use can future tyranny be kept at bay.