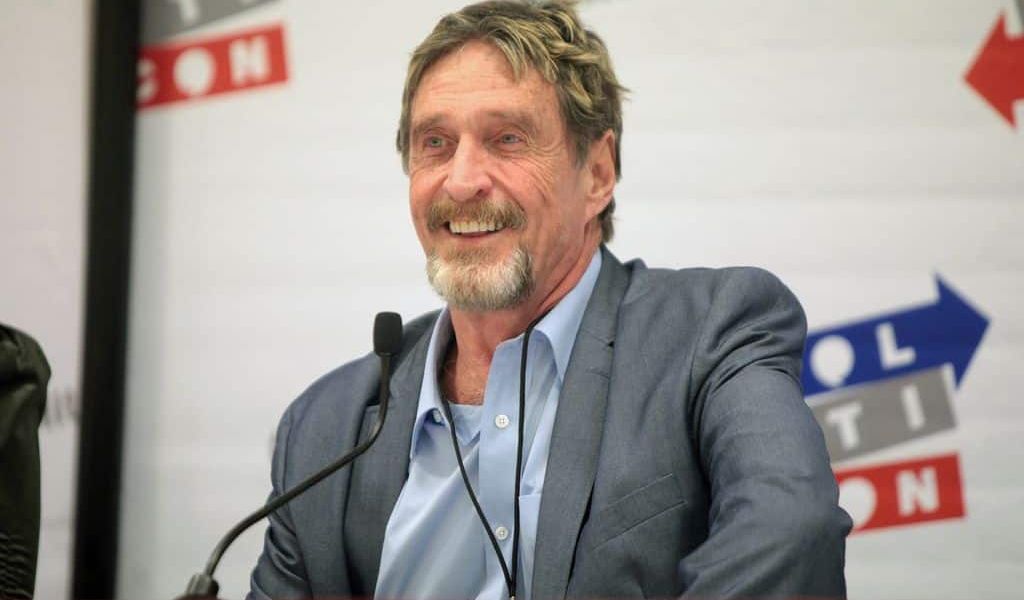 Crypto’s most eccentric son has stated he will conduct his bid for US president in 2020 “in exile” after fleeing the country in order to evade the tax authorities after admitting he has not filed a tax return “in 8 years.”

This is definitely the best story you’ll read today. It’s also a pretty good snapshot of the zeitgeist in today’s increasingly mad world, so here you go: John McAfee, serial entrepreneur, raging crypto bull and general industry rock star has, after admitting that he hadn’t filed a tax return in eight years, fled the country in order to evade the IRS and, in a video statement, explained he intends to run for US president in the 2020 race “in exile”.

In a video he published on twitter yesterday (January 22nd), McAfee explained his reasons for not paying tax and his views on what crypto’s collision with traditional systems of government mean for the future. He concluded by saying he will conduct his presidential campaign from his boat in international waters.

In his video post, McAfee explained that he has made no secret of his refusal to file tax returns.

“Every year I tell the IRS I am not filing [tax] returns, I have no intention of doing so, come and find me. Not illegal. Today, January 22nd the IRS has convened a grand jury in the state of Tennessee to charge myself, my wife, Mrs McAfee, 4 of my campaign workers with unspecified IRS crimes of a felonious nature.”

McAfee has, in a previous tweet, explained his personal reasons for not paying taxes in the US. Check them out:

In the thread that followed his video address, he stated he was running his campaign from international waters. He also has uploaded a video where he explains the mechanics of how his bid will work whilst he is out of the country.

McAfee states that campaign volunteers will appear in public spaces wearing masks of his face. McAfee will proceed to speak through loudspeakers which each of these McAfee surrogates will be carrying. They will even be equipped with cameras so McAfee can engage with people individually.

“in our brave new world, it might as well be as if you are there.” Said McAfee’s campaign manager by phone in the video post.

McAfee previously ran for president in the US elections of 2016, when he sought the libertarian nomination. His main fight lies with how governments and politicians view technology. He argues that they are woefully short-sighted when it comes to seeing how tech and in particular crypto can and will affect society.

In an interview with Wired magazine back in 2015, he explained:

“It’s clear that the leadership of our country is illiterate on the fundamental technology that supports everything in life for us now, that is cyber science, our smartphones, our military hardware, our communications,”

This time he seems to be campaigning on a cryptocurrency ticket, arguing that privacy coins like Monero will render the current taxation system defunct.

So, chance of success in 2020? Unlikely. But then again Trump is in the White House so never say never – and he has also admitted to never paying taxes. If McAfee strikes the right note through his campaign surrogates, he may at least attract significant attention to his campaign – and it’s probably all good publicity for crypto. Stay tuned.