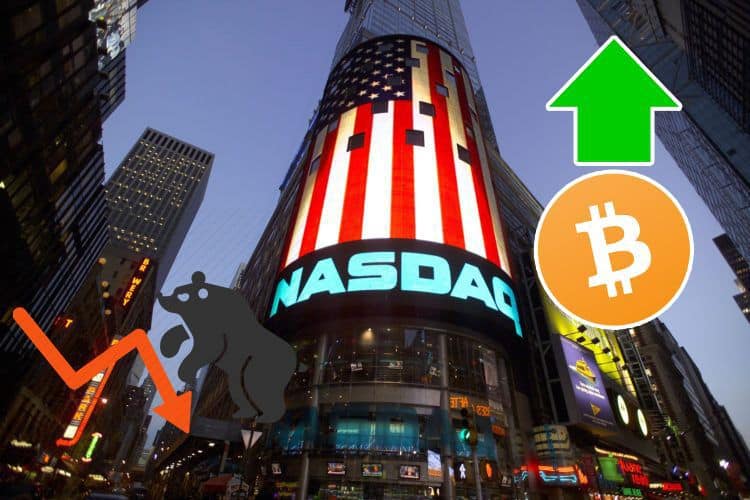 As the Nasdaq Composite Index continued to approach a bear market, United States stocks sharply declined. Since the recession in 2009, this is the first time the Nasdaq has flirted with bear-market type conditions.

Nasdaq isn’t the only index feeling the pain of the market’s downward trend. Nearly all of Wall Street’s major players experienced deep losses on Thursday, which continues a week-long streak that has the market on the brink of unraveling after a ten-year bull run.

Out of the 11 primary sectors, then of them aided in the selloff. Leading the way were information technology and consumer discretionary shares. The lone gainer on Thursday was the utilities sector, which many view as a defensive maneuver.

Also contributing to the Nasdaq Composite Index closing in on a bear market was the continued downward trend in tech shares. The tech-heavy average dropped 1.7%, sitting at 6,524.53. This type of behavior is typically an indicator of an approaching bear market, which is typically defined when a decline of 20% or more occurs from the most recent peak.

The VIX, also known as the CBOE Volatility Index, finished the day at 29.00. With this index, 20.00 symbolizes the historic mean, which is represented on a scale of 1-100. VIX typically trades at an inverse to the S&P 500. This means that sharp moves above the historic mean could potentially signal a fast approaching bear market for stocks.

As Nasdaq continues to tread on near bear-market territory, there are indicators that a shift might be taking place. This comes after Wall Street realized huge gains in a third quarter that saw many records broken. A deflating tech sector, volatile trade risks, and the slow down of global growth are all contributing factors to the current downtrend we’re seeing in stocks.

Another contributor toward the potential bear market is the miscalculation of the Federal Reserve’s forward guidance on monetary policy by investors. Many projected a fourth rate-hike, where investors anticipated a larger downward revision. Instead of four, the Fed lowered its projection down to two, which is more than what many analysts were predicting.

If the market continues to drop, some predict that investors will scramble for a place to make that money back. They’ll look for somewhere that has already hit rock bottom and might bounce back up. Could Bitcoin be that place? The risk of losing money is greatly diminished since it has hit its perceived low.

Speculators suggest that when the Feds raise interest rates, the market will suffer, as will the U.S. Dollar and the gold standard. As a result, investors will look to leave stock markets and look toward cryptocurrencies, chiefly of which could be Bitcoin.