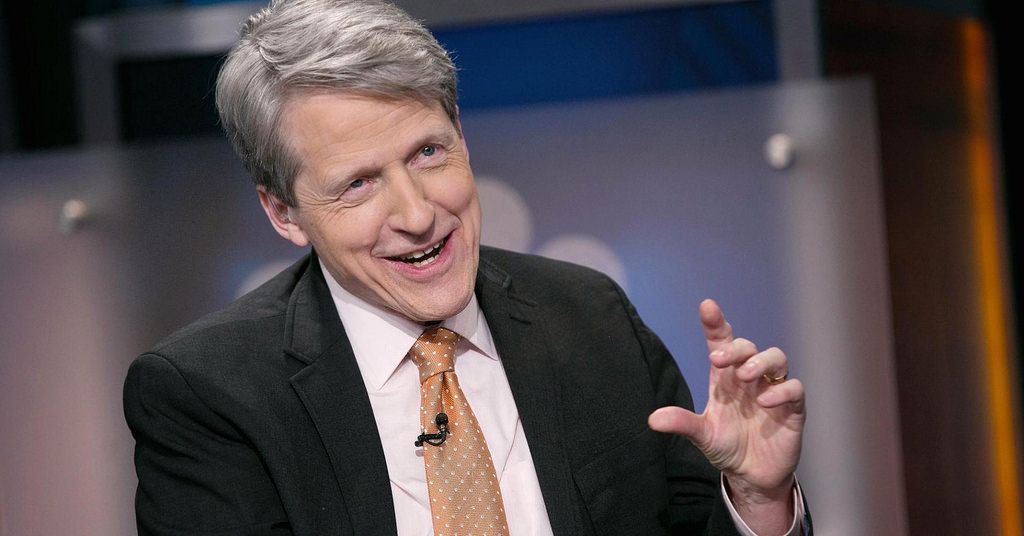 Yale’s Nobel prize-winning economist Robert Shiller spoke out on the Bitcoin phenomenon in an interview to Bloomberg on Tuesday, June 26th. The economist calls the cryptocurrency a social movement and an epidemic of enthusiasm. Shiller has previously explained his outlook on crypto and stays consistent with his views. The Nobel prize winner and Yale Sterling Professor of Economics claims that the Bitcoin phenomenon fundamentally is a speculative bubble.

In the television interview, Shiller agreed to the statement of Bitcoin being a generational phenomenon. He also pointed out a geographical division in the popularity of the technology.

“It is generational and geographic. East coast is less into it than the West coast. Silicon Valley is really into it.”

Such unsystematic behavior in the adoption of the cryptocurrencies serves as an indicator of irrational response to a new information, according to Yale’s professor. Shiller recognizes the nature of a speculative bubble due to exclusive demographics of Bitcoin. Similar to the historical study cases, that the Nobel prize Laureate often capitalizes on, Shiller points out periodic reoccurrences of major price drops, exemplary of speculative behavior. He referred to a drastic decline in the bitcoin prize in 2013, famously plummeting down from the handsome $1 163 to $152 US. The bear market over 411 days happened in the wake of Mt Gox exchange collapse.

During the interview, Shiller was asked to draw a parallel between the incident of tulip mania and the surge of cryptocurrencies. Shiller responded in a sarcastic manner.

“I don’t know what it means to equate it to that. And by the way, tulips are still valued, there are still some expensive tulips.”

The economist also provided a more elaborate explanation. Shiller makes a point that the cryptocurrency innovations have drawn disproportionate and undeserved attention because of investors’ will to grow rich immediately.

“There is also some impressive cryptographic theory that is coming out of computer scientists. This particular invention has so much more attention. Do you know what is going on inside of your laptop? There are millions of interesting stories about brilliant engineering devices that are in there. But we do not hear about them, that is because they are not part of a bubble. They are not part of investment excitement about a possibility of getting rich over this.”

Robert James Shiller Shiller jointly received the 2013 Nobel Memorial Prize in Economic Sciences, “for their empirical analysis of asset prices”. as a Sterling Professor of Economics at Yale University and runs an investment management firm MacroMarkets LLC. He is known for prediction of dotcom and housing bubbles and warning about the crises when the bubbles burst. Shiller is often quoted stating Bitcoin being the biggest financial bubble at present. The economist uses the empirical approach in his analysis and bases conclusions on the failed monetary examples of 19th and 20th centuries, often appealing to the works of historical figures, such as Karl Marx and Robert Owen.