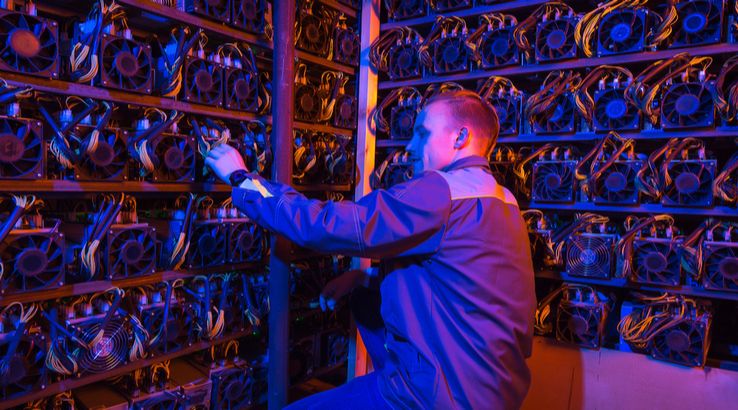 A mining operation based in Norway may be facing a shutdown of one of its operations after accusations it is too loud have been followed by inquiries about its regulatory compliance.

Kryptovault, a Norwegian crypto mining operation which is capable of mining several million Norwegian kroner’s worth of bitcoin per day, has been challenged over whether it possesses the right permits. Online news site, The Local, reported on August 21st that the municipality has decided that the operation is lacking the required permissions and has therefore been operating illegally. It remains unclear however what these permissions are.

The firm, which runs two mining facilities in the country, one in Oslo and one on Norway’s west coast near the city of Bergen has faced numerous noise complaints about its Oslo operation. This particular site is located in a former paper mill where it consumes up to 40MW of power to run 9,500 computers as well as industrial capacity fans to cool them.

Norway makes a potentially ideal location to mine crypto. With its cold weather, abundant energy and space, it comes as something of a surprise that noise complaints might be a problem in this northern European nation. Whilst the company may earn some kudos for the power being drawn from renewables like hydro and wind, of which there are plenty in Norway, local inhabitants living near the site have been incensed by the relentless noise coming from the facility as it operates 24 hours per day.

“The sound of the factory comes 24 hours-a-day, 365-days-a-year. Our summer has been ruined,” local resident Trond Gulestø stated to a local paper.

The facility even received a bomb threat from an unknown enraged neighbor. A letter arrived at the site stating:

“if you are expanding crypto mining and filling the country with noise, then you will be sabotaging the peace. I am threatening to send you some explosives.”

Whether the municipality’s assessment is motivated by a desire to solve the noise problem is open to speculation.

Stig Myrseth, the company’s CEO has explained that he was told all of the appropriate permits had been obtained by the company before it began operations on the site. Arne Hellum, a legal consultant handling construction cases for nearby Ringerike municipality, has however said that the plant might face a temporary shutdown, until the case is resolved.

The Local reports that the firm has begun the application process for the missing permits and is also investing in noise reduction equipment to take the current output of around 60 decibels to around 45 decibels. It is not known yet when the verdict on the plant’s future will be reached.