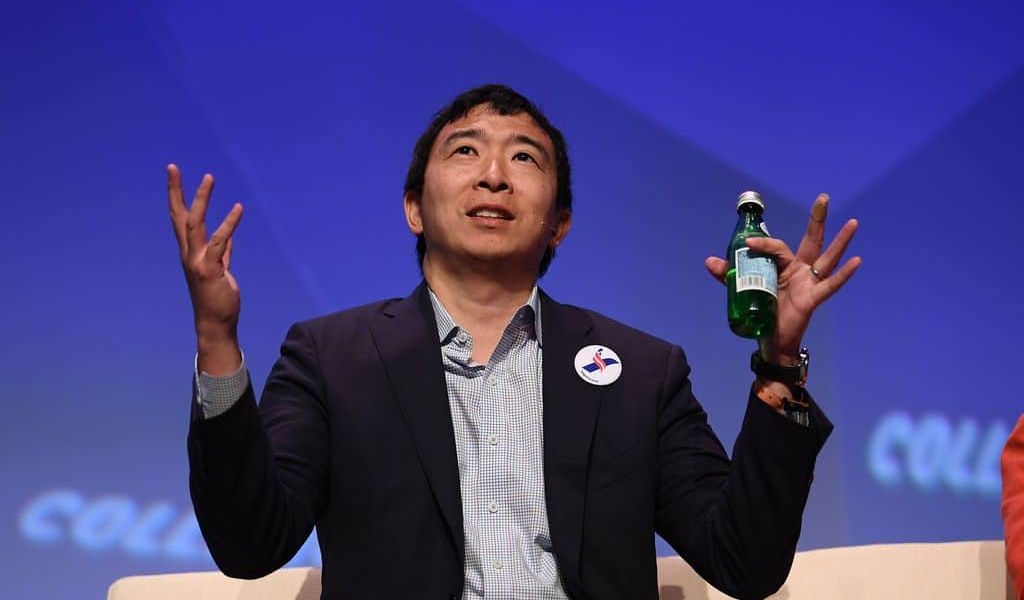 Andrew Yang believes in blockchain, has been paying attention to Bitcoin since 2013 and he’s running for President of the United States. At forty-four he’s a young candidate but that hasn’t stopped him from spreading his platform. As of March 11th Yang has received donations from the required 65,000 citizens which has qualified him for the first round of debates for the democratic Presidential primary.

While not everyone may agree with his platform, it is nonetheless interesting that for perhaps the first time in history a blockchain friendly candidate is running for President.

In regards to crypto and blockchain Yang has said, “I think the technology has massive potential to create a more transparent society. A smart government would embrace this and work with it. I would do that.”

When cryptocurrency advocates talk about adoption they tend to think of corporations and institutions but forget about the biggest institution of all, the government. If Yang could get the government to use smart contracts, supply chain tracking and any number of other useful technologies, it could be a boon for both crypto and government efficiency.

In addition, the foundation of blockchain is its immutability and this could lead to less corruption and graft. Yang has stated that, “the blockchain has a wealth of potential. Could make many things more secure transparent and efficient.”

One of the most interesting aspects of Yang’s campaign is that he’s decided to accept campaign donations in the form of crypto. If a United States citizen would like to donate to his campaign they can do so with Bitcoin, Ethereum or any ERC20 token.

To donate to his campaign a prospective donor must fill out a form identifying themselves. After that a fifteen minute phone call with someone on Yang’s campaign team and then a wallet address will be provided.

While this process may not be as easy as scanning a QR code and sending the crypto, it’s still pretty awesome that a candidate is accepting digital assets. It goes a long way towards legitimatizing the currency and disproving, as some older and more reckless politicians have stated, that only criminals and tax cheats use Bitcoin.

From Schenectady, New York, Yang is most well known as the founder of Venture for America. VFA is an organization which seeks to get recent graduates involved in entrepreneurship. Yang was the CEO of VFA until 2017 when presumably he retired to focus on his Presidential campaign.

that choice pays off and although it’s a long shot, it would be amazing to see someone in the White House who is young, cares about technology and has crypto’s back!