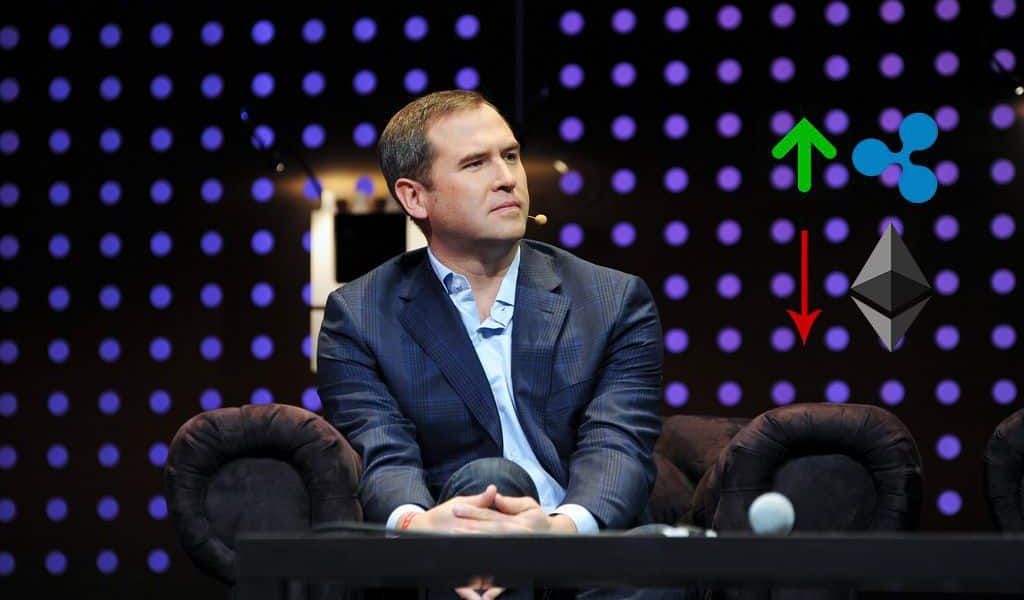 Cryptocurrency projects are typically ranked by their market capitalization. Despite suffering a significant dropoff in 2018, Bitcoin remains at the top of the cryptocurrency mountain. More often than not you’d find Ethereum sitting comfortably behind Bitcoin in the number two spot.

However, that has changed recently as Ripple overtook Ethereum for second place in total valuation. A lot of the change can be attributed to the recent dip in the market, however, there are other factors to consider.

As a bear market continues to ravage the cryptocurrency sector, digital currencies see large losses in valuation. This week alone saw huge setbacks for Bitcoin, altcoins, digital assets, and tokens. An interesting result in the current market was how the rankings have changed. There are now only a handful of projects with total valuations of $1B.

The biggest surprise was Ripple jumping over Ethereum to take over the second spot. Currently, Ripple’s total valuation sits higher than Ethereum’s. While the difference between the two isn’t insurmountable, Ripple continues to extend its lead while Ethereum’s valuation keeps declining.

If you step back and take a look at the big picture, the trend becomes more visible. Whenever Bitcoin shows a dip in value, Ripple holds its own while Ethereum follows the downward trajectory. It would seem as though Ethereum is linked closely to the way Bitcoin moves in the market.

This is a very intriguing trend and is definitely something worth watching moving forward. Will Bitcoin’s bear-ish trend continue to impact Ethereum and create a larger gap between the second and third place currencies? If so, it’s likely that XRP will not only stay to keep its market cap lead but extend it even further.

Of course, these types of developments typically don’t occur without good reason. When it comes to XRP, there have been several news announcements which have served to drive the price of Ripple higher. It would only make sense that these types of newsworthy events would help to drive up the total market cap of the cryptocurrency.

One such event is the ongoing conversation between Swift and Ripple. The claims made by Ripple’s CEO that its technology can completely replace Swift created bullish movement in the market for Ripple.

Additionally, Ripple’s xRapid is in full deployment mode commercially. Many service providers are in the process of implementing Ripple’s technology into their own systems. The primary purpose of xRapid is to make cross-border transactions easier and simple. It creates a reduction in cost while dramatically increasing the overall speed of settlement.

Many XRP speculators believe this type of commercialization will only serve as a catalyst to continue driving up the valuation of the cryptocurrency.

Lastly, Ripple is becoming more and more widely accepted as a form of payment. Recently, Omni has shown support in accepting XRP. The online and physical storage rental company now allows its customers to pay with XRP. As this type of support becomes more commonplace, Ripple will continue to grow. Is it possible the coin might someday rival Bitcoin? Who knows. But it seems for now that it plans on leaving Ethereum in its wake.