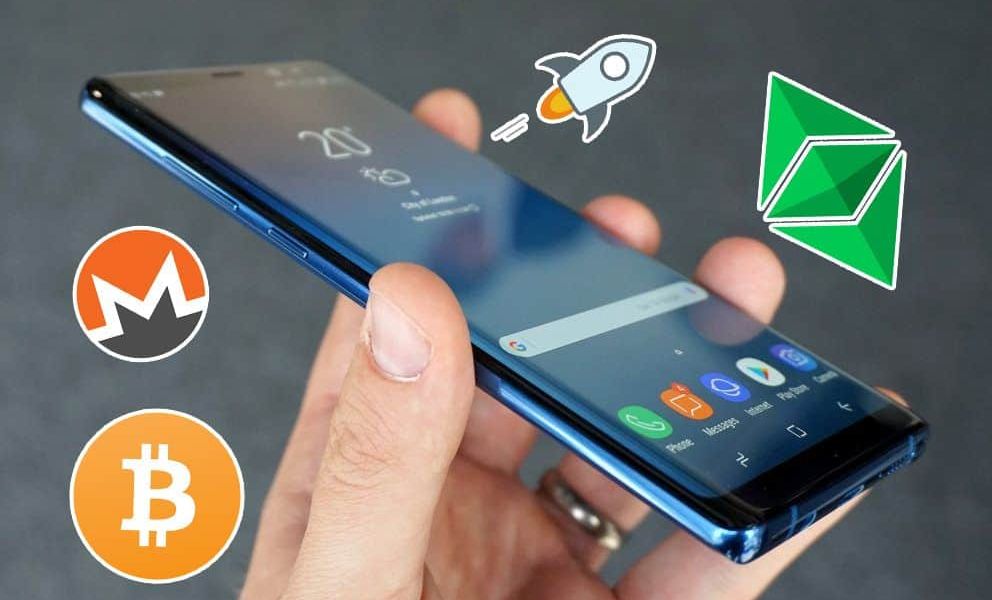 Rumours are abound after it appears that a Samsung insider has leaked images of a new Galaxy S10 model with what appears to be a native crypto wallet in-built.

Mid-Winter is when Samsung usually unveils the next model of its Galaxy series phone, and with high expectations on what the tenth model in the series will be capable of, leaked images appear to show the new phone operating an in-built cryptocurrency wallet. Images published by the twitter account of Gregory Blake, showcased the software which appeared to be called Samsung Blockchain Keystore.

The pictures look genuine and the device is identifiable as a Samsung model by the characteristic edge display and the in-screen “hole punch” camera, which recently appeared on the Galaxy A8 phone.

It’s a mark of the inevitable integration of cryptocurrency into everyday life and a significant development that the world’s largest mobile phone manufacturer will begin to add crypto wallets to its devices. Think about what adding payment functions like SamsungPay or ApplePay did for mobile payments and then imagine what this wallet could do for crypto usage.

But let’s think about security for a moment. The ability to store crypto securely is a significant obstacle to overcome and with a mobile phone, which is constantly connected to the internet and sends and receives thousands of megabytes of data each day, one would be forgiven for being sceptical that a phone could ever offer an environment secure enough to store crypto natively.

Samsung, however, attest to the contrary; in July 2018, Samsung Insights published an article which stated that smartphones were one of the safest places to store cryptocurrency because of the presence of Trusted Execution Environments (TEEs). Joel Snyder, writes:

“The TEE is a separate execution environment with its own memory and persistent storage, completely isolated from the rest of the device. The Android OS can’t reach into the TEE, even if the former is completely compromised. The only way to get to and from the TEE is with an API that calls small applications running in the TEE “trustlets.”

“With a properly written wallet that uses trustlets to manage the keys, security is seriously tight.”

Laptops and Desktops do not use TEEs, which, Snyder argues makes them more vulnerable to hacks.

It should be noted though that these claims have come under fire from other tech experts who have said that they are far from bulletproof. Cold storage wallets will always be safer.

Security issues aside, these are doubtless times. If these wallet rumours do indeed turn out to be true when Samsung unveils the S10 next month, they may come as a blow to HTC which has been working on its own Exodus 1 blockchain phone which supports crypto exclusively.