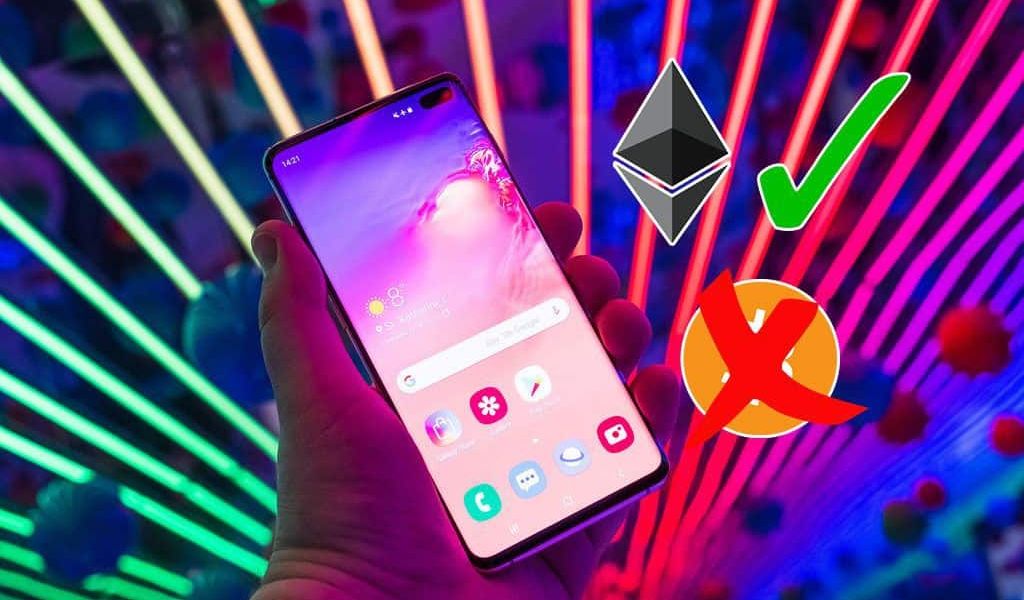 Yesterday it was revealed that the Samsung cryptocurrency wallet will only support Ethereum, ERC20 tokens and 4 dApps (decentralised applications). Previous reports had suggested that Bitcoin, Ethereum and ERC20 tokens would be supported but this is not the case.

Samsung’s flagship phone was officially released on 08/03/19. The Samsung wallet is only available on the S10 phone; however, they plan to expand the service to other devices and crypto currencies in the future.

Which dApps are supported?

The wallet will be used in conjunction with Samsung’s Blockchain Keystore thus simplifying the process of storing and using cryptos to newcomers. The inclusion of the CoinDuck app means that users can make payments to merchants by scanning a QR code.

The race for mass adoption and the creation of the ‘killer dApp’ has been intensifying with and explosion of dApp creation and TRON’s purchase of BitTorrent. However, the four dApps supported by the Samsung wallet will surely have a massive advantage. The wallet supports crypto gaming platform Enjin, beauty community Cosmee, crypto collectibles platform CryptoKitties and merchant payments service CoinDuck.

In an earlier article reviewing the Blockchain Keystore it was noted that in the terms and conditions it stated that ‘Samsung’s Payments Service Group is responsible for inquiries about Blockchain Keystore payments.’ Samsung’s Payment Service Group is responsible for the Samsung Pay service, so, it seems that there may be a connection between these two services in the future.

In Q4 2018 Samsung sold 70 million smartphones, not all of these were from their Galaxy range but it is clear that the potential for crypto adoption is huge. Clearly Samsung are serious about tapping into the growing crypto market but most blockchain enthusiasts will be frustrated by the exclusion of Bitcoin.