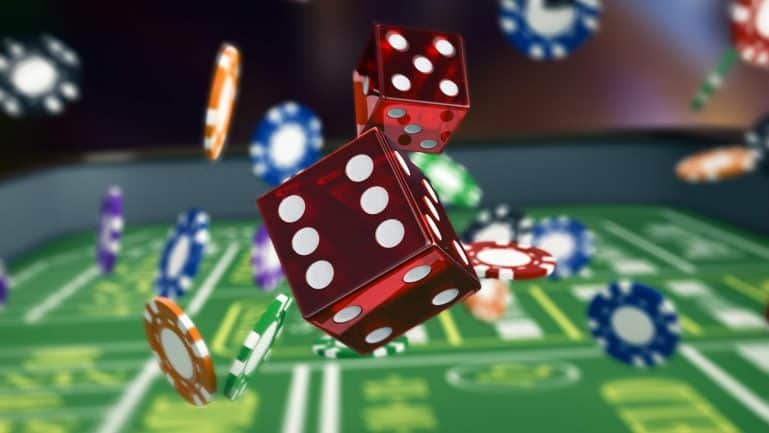 Gamblers often get a bad rap. I mean anyone who understands casino games can see that those partaking in them are repeating a more-than-likely destructive behaviour, and what kind of rational person does that?

Well, some people just love the thrill. They understand the risks and are willing to take their less-than-even chances at winning big. Others fail to understand what is going on at all and why they never seem to come out on top. These suckers are prime targets for a seductive “never-fail” betting system!

So, are all gamblers really dummies or do they just need to study more?

There’s a popular phrase in the gambling industry. You’ve probably heard it before:

Now, before you sound off about that time five years ago that you took $500 from the casino playing blackjack, think about your entire gambling history. If you are genuinely up at casino games (versus the house) over more than a handful of gambling experiences, congratulations, please share your secrets with me.

Most of you will be down overall though and there is a good reason for this. Almost every game is constructed in a way to give a mathematical advantage to the casino. In blackjack, they get to act last. This is a large advantage. In roulette you receive winnings of less than the mathematical probability of you winning. For example, there are 37 numbers and you pick one. If it hits, you are paid at 35:1. However, there were 37 other pockets on the table that the ball could equally land on. If the casino were to take this bet many thousands of times, which it does, the difference between the pay-out amount and the probability of being awarded it is actualised as the casino’s profit.

Every game is weighted in similar fashion at the casino. Well, almost every game, but we’ll get onto that shortly. Online it’s the same. Any site will make it appear as if your chances of winning are actually good too.

A Gambling for Dummies Book?

There are plenty of books that help gamblers understand house edge and how to reduce it. These detail the game dynamics of every casino offering and how different decisions made by the player impact the percentage chance of them winning a bet.

Although these are great for understanding how the casino is a ruthlessly efficient business model, they won’t help you beat them consistently over time. However, if you just love to gamble anyway (and there is nothing at all wrong with that), a good gambling book can be a great tool to help you prolong the fun and stand more chance of an occasional juicy win.

Some Gamblers Are Dummies

Many gamblers are well aware of how odds work and still like to enjoy the game regardless. If this makes them “dummies” that is a matter of personal opinion. If they stick to the lowest house edge games, utilise “perfect strategy” blackjack, and make liberal use of casino bonuses, they stand a much greater chance of ending up a winner over the short-term. And that’s what it’s all about for them. That thrill of the occasional big win in the knowledge that they achieved it without ceding too much advantage to the house.

Of course, there are those that don’t have a clue. They insist that their “system” will work consistently at games like roulette or blackjack. The problem is, they probably played minute sessions in which they came out a winner. This to them tells them that their “sure fire way to riches” is fool-proof. This tells the rest of us that they’re a sucker for confirmation bias. There is a much stronger argument to say that these gamblers are, in fact, dummies.

All that said, there is one game in which you can indeed “beat the house”. It requires that you beat a table full of other players too though.

In any form of the popular card game poker, players play against each other rather than the house. Since some players don’t understand the game well and the odds of hitting various hands, this means savvier players can exploit these weaknesses.

Don’t worry though, the casino still takes its cut. Every pot of a cash game is raked (casino takes a cut) and poker tournaments have an additional fee that is collected by the house for providing the services and venue to play.

Usually in a live poker setting, the minimum bet is sufficiently high to make the rake almost negligible to the size of the overall pot. However, in online cash games, much smaller games are offered. These micro-stakes games are real rake traps and even winning players can get stuck either losing to the house or not being able to generate enough roll to take their game to the higher stakes where pots reach the size threshold required to cap the rake.Again, there are loads of poker strategy guide books available. They introduce concepts such as starting hand selection, pre-flop action, expected value of bets, and other crucial in-game ideas. They also talk about preparation to play outside of the game. Examples include analysing past hands, as well as adequate bankroll management and other vital concepts for an aspiring winning poker player to grasp.