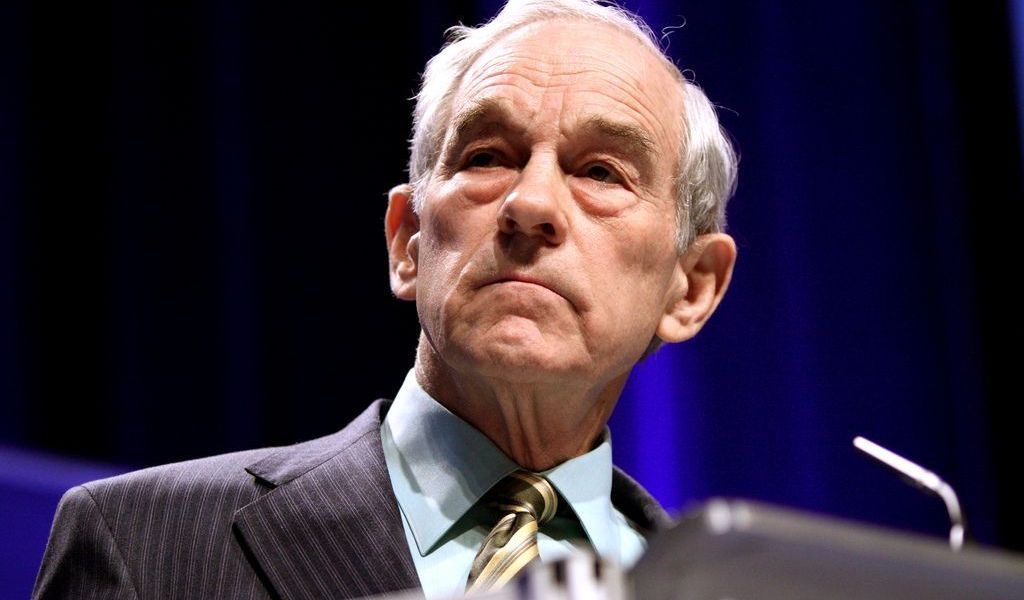 Ron Paul, ex-US representative, and a former presidential candidate has published an article attacking the US Federal Reserve’s “crazy” interest rate manipulation and calling for tax exemptions on cryptocurrency and precious metals in an attempt to ward off the next financial crisis. Is he right?

Ron Paul has long been bullish on crypto. The former independent presidential nominee of 1988 has used his platform of the Ron Paul Institute to advocate for a move over to cryptocurrency and precious metals backed economics in the past and today he has reiterated this message.

The Fed’s Approach to Interest Rates is “Crazy”

In an article published in the Ron Paul Institute website, Paul has taken aim at the Fed’s altering of interest rates, agreeing with Donald Trump’s assessment of the action as “crazy”. In the article, entitled “Trump Is Right, the Fed Is Crazy”, Paul explains that Fed manipulations of the interest rate obfuscate true market conditions, reflecting only the whims of bankers.

As Paul puts it, precious metals are the natural choice for people when not subjected to the imposition of an artificial fiat currency by governments. The reason? As Paul puts it:

“Precious metals are durable and their value tends to remain relatively stable over time. A stable currency ensures that prices accurately convey the true value of goods and services.”

He goes on to explain that, whilst precious metals denote the true price of money, fiat currencies which are artificially manipulated by governments create a false economic reality which masks true value and true wealth. Rather a system which is subject to pure market forces should be introduced, which would help ordinary people hold on to their wealth and stop the ever-expanding debt spiral.

This is where cryptocurrency comes in. Ron Paul’s bullishness for crypto comes from its equitability to precious metal-backed systems such as the gold standard. Its limited supply and deflationary quality are shared by gold and silver, leaving its value much less open to manipulation than fiat currencies. Since the supply of bitcoins is capped at 21 million it will always have a value created by scarcity. Dollars, on the other hand, can be printed at will, undermining any of the intrinsic value they may have.

“The Federal Reserve System is as unworkable and doomed to failure as every other form of central planning.” Furthermore, he states that the next recession which will be a direct result of the Fed’s actions may lead to the end of fiat altogether.

In order to turn the steering wheel away from the cliff edge, Paul urges the introduction of laws which remove the dollar’s protection as hegemon and create a space for different currencies to thrive:

“[The first step is] passing the Audit the Fed bill, allowing people to use alternative currencies, and exempting all transactions in precious metals and cryptocurrencies from capital gains taxes and other taxes.”

Warnings about the ever-growing US national debt and looming recession seem to have been forthcoming in recent weeks. Kim Dotcom and Ron Paul remain stalwarts of the pro crypto camp, and they do have valuable points to make. Fiat does have its issues and there is no doubt the growth of national debt is unsustainable and will have to be addressed at some point.

However, there are things which must be borne in mind. Crypto’s scarcity incentivizes its use as a means of saving but not as a medium of spending; why would I spend my bitcoin today when it’s probably going to be worth much more in the future? If people don’t spend, economic stagnation can kick in and dry up the economy. Economic growth cannot happen in a stagnant economy and the inability to devalue one’s currency is a sure way to get mired in a recession.

Whilst Ron Paul makes some valuable points, we must remember that the world’s precious metal-backed economy already proved it was doomed to failure when it was derailed in 1971. That being said, crypto is not gold and has far more utility potential than the yellow metal. In the end, as a first step in the right direction, Paul’s ideas aren’t the worst by any means.