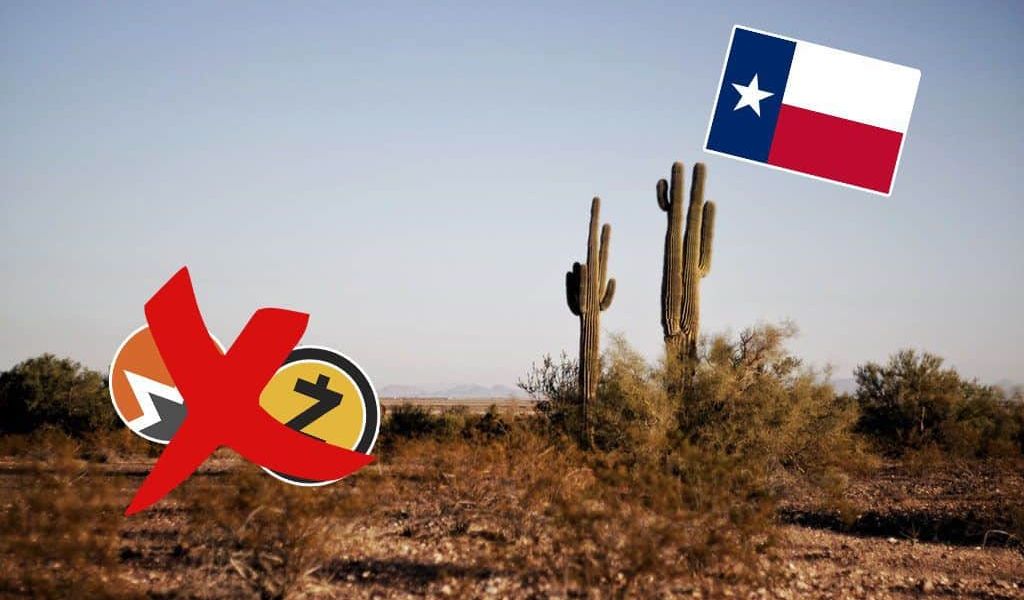 An untitled bill has appeared before legislators in Texas which is calling for a ban on privacy coins and mandatory verification of the identities of crypto users.

A bill which will certainly prove hugely controversial in the crypto space has appeared before legislators in Texas. The bill which is untitled, proposes in less than 500 words what would effectively amount to a ban on privacy coins like Monero and Zcash within the state and also would make identity verification mandatory – so called KYC regulations.

This is already drawing strong criticism from a number of commentators, including crypto law commentator Drew Hinkes. This amounts to a direct challenge to what many see as the promise of cryptocurrency, which is that another financial system, one outside the control of governments and political structures is possible. Currently no identity verification is needed to own any cryptocurrency.

The First Bill of Its Kind

The bill, which was proposed by Republican Rep. Phil Stephenson, demands the promotion of what is described as “verified identity digital currencies”. Whilst it is not entirely clear what the reach of this definition is at this stage, it essentially attempts to put the brakes on use of privacy coins in Texas.

In a short thread on twitter, Drew Hinkes who bills himself as an expert on crypto law, explains exactly what his interpretation of the bill is. He states that certain questions still need to be answered but his general sentiment is not positive.

He also writes elsewhere in his thread:

Cryptocurrency As A Necessary Check On Financial Power

It is hard to see how this bill, if passed would be anything other than a bold attempt by those with vested interests in the classical financial system attempting to remove something which threatens the balance of power. Making crypto ownership traceable by identity would give authorities excessive power to control it, which would relegate it back to the realms of illegality which it occupied when bitcoin was the native currency of the dark web.

The sentiment of crypto, as expressed by the excerpt from the Times newspaper recorded in the bitcoin network’s genesis block, “The Times 03/Jan/2009 Chancellor on brink of second bailout for banks” is that cryptocurrency can be a means of providing a check on power exercised through the financial system. One of crypto’s greatest promises is as a weapon against financial exclusion; ownership of crypto does not – and never should – hinge on users meeting certain criteria set up by a higher authority, it is there for everyone.

KYC laws are important for platforms like crypto exchanges and other crypto businesses, however this move would represent a need to identify all private citizens transacting with one another; not just those transacting with businesses. On the plus side, this bill seems unlikely to pass – Texas has a known crypto-friendly governor and also policing such laws would require significant manpower and investment. It is also worth noting that Rep. Phil Stephenson who proposed the bill is a certified public accountant and may also be representing the vested interests of other parties.

Photo by Yigithan Bal from Pexels