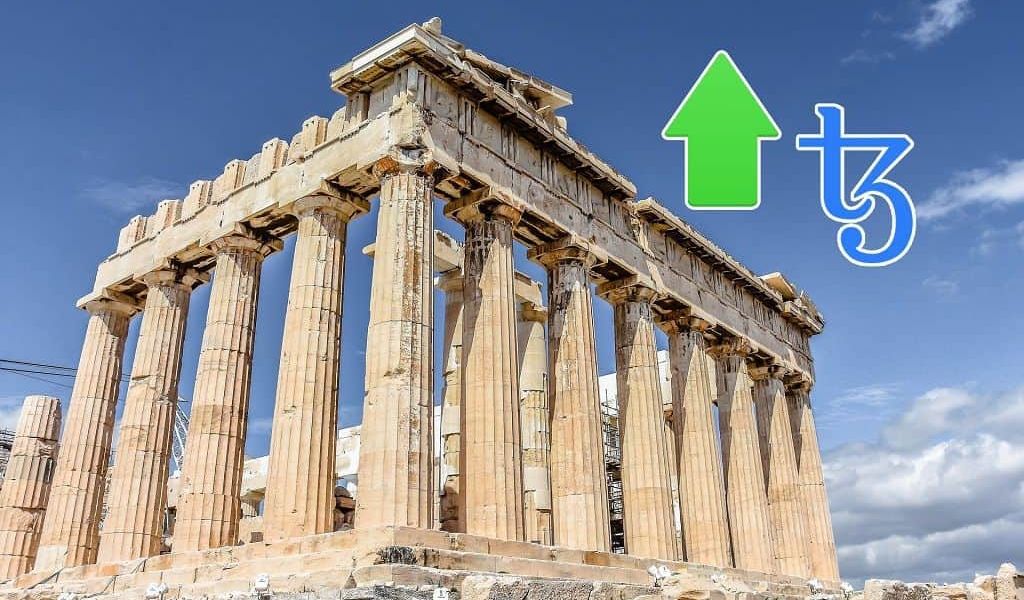 Tezos is a smart contract blockchain which raised $232 million from their ICO in 2017. While the news since then has not always been positive, at least as of late it looks like Tezos has been doing something right. The price in the last three days has shot up an incredible 70% leaving XTZ holders happy and everyone else wondering what Tezos has done to turn their fortune around.

Before covering why the Tezos price has risen so much in the last few days it’s important to look at the technology behind the coin. One of the fundamental problems with almost all of the cryptocurrencies today is that there is not an efficient way to implement upgrades. In order to make a change most coins require a hard fork, like the one Ethereum had last month.

The problem with a hard fork is that it requires community consensus. If a portion of the miners do not agree with the upgrade then there may be split. I.e. what happened with Bitcoin Cash.

To mitigate this, Tezos has created a voting system whereby token holders can vote on upgrades to the blockchain. As long as a proposed upgrade gathers enough votes it can be implemented in a way that prevents hard forks or other complications inherent in upgrading the chain. This is fascinating technology and if it proves viable may be  adopted by more coins in the future.

Why Tezos is Pumping

Although the upgrade system has been known about since the launch of Tezos it’s only recently that it’s been put to the test. In the last few days a number of Tezos token holders voted on a proposal to raise gas limits, allowing for larger transactions, and lower staking requirements, meaning it takes fewer coins to become a baker, the Tezos equivalent of a block validator.

While it’s impossible to say why any coin pumps or dumps with 100% certainty, there is no other significant news from Tezos and most people are assuming that this successful vote is the reason for the surge in price. After a year and a half of negative news, Tezos is on the brink of making blockchain history as it seeks to implement this upgrade without a hard fork or central authority.

One thing worth noting is that the upgrade process has only just begun and will take three months to complete. That leaves plenty of time for something to go wrong. However, progress so far is promising and it looks like Tezos holders who haven’t given up hope are finally seeing a reward.

Image by Christo Anestev from Pixabay