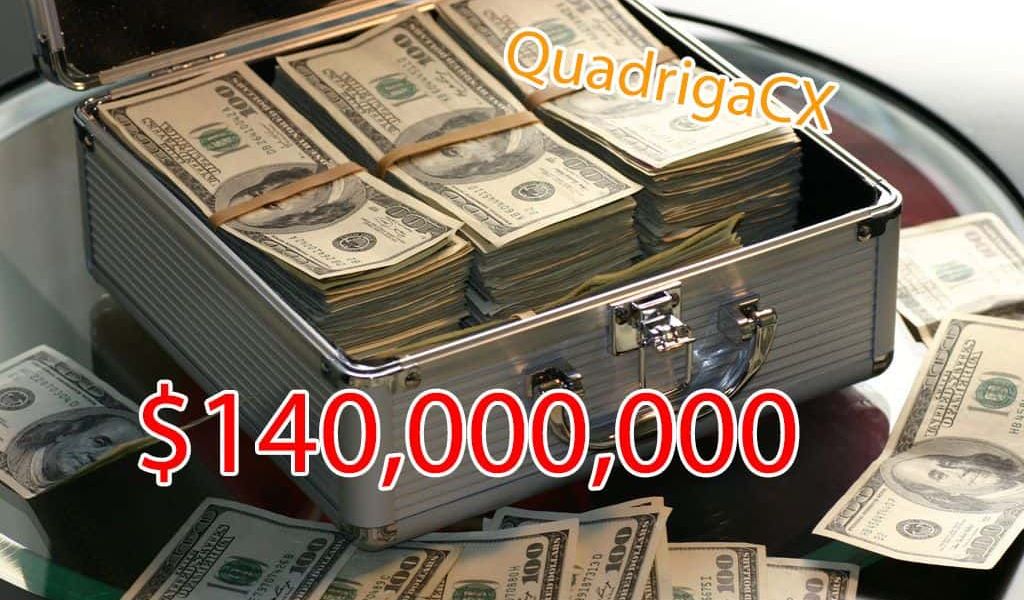 Representatives of QuadrgaCX, the now-defunct Canadian crypto exchange which is engaged in a legal battle to gain bankruptcy protection have been granted a 45-day extension to the deadline which was set for them to find the $140 million in crypto, which they say is on cold storage wallets which have gone missing.

The case has garnered significant attention in the crypto world due to the extraordinary and sensational circumstances surrounding Quadriga’s collapse which include the mysterious death of the company’s CEO whilst he was visiting India.

Justice Wood was reluctant but nevertheless granted the extension to the firm which now has until April 23rd, after hearing the appeals of the defence’s attorney, Maurice Chaisson. Chaisson reasoned that without an extension to the deadline, Quadriga would see an end to creditor protection before it had had sufficient time to locate the missing funds. This would expose Quadriga to a possible whirlwind in lawsuits.

“I suspect we would see some lawsuits filed. Such proceedings could be filed in multiple jurisdictions. They could be conflicting,” Chiasson explained to Judge Wood. “You could effectively have a free-for-all.”

Ernst and Young, the court appointed monitor for the case under the companies’ Creditors Arrangement Act (CCAA), as well as himself, needed more time to look for clues Chaisson argued, stating that it was far too early to call the search off.

“Maybe we’ll find them quickly, maybe we won’t. It is far too early to tell whether all of these efforts are going to fail. We owe it to everybody in the process to go on as long as is reasonable.”

Quadriga will, it looks like, be making a new appointment in its management. The creation of the position of Chief Resurrecting Officer (CRO) was a move supported by both Chaisson and E&Y’s representative Elizabeth Pillon. Justice Wood has also given his approval.

The creation of the position is due to the uneasiness of Jennifer Robertson, the widow of CEO Gerald Cotten, who explained she does not have any experience of running a cryptocurrency firm. Whilst Justice Wood pointed out correctly the she runs her own multi-million-dollar property management firm, Chaisson argued on her behalf that as well as her inexperience, the negative publicity as well as her relationship with the deceased CEO could be a conflict of interest point in the case.

Describing the appointment as “another cost, another burden”, Judge Wood nevertheless agreed to the appointment. The candidate is yet to be announced.

The Quadriga case has garnered a significant amount of conspiracy theories due to the sensational circumstances which surround the case. The mysterious death of the CEO who supposedly was the only person with the knowledge of the wallets’ locations and private keys is certainly the stuff of holiday crime novels. The sensation was compounded when some missing cold storage wallets unearthed were discovered to be empty.

This has prompted many to speculate about the case, including theories that it has been a front for an exit scam. Controversy has also gathered around Jenifer Robertson who is suspected of gaining monetarily through the exchange’s collapse.

Whatever the outcome of this case, it serves as another warning to those using exchanges for any kind of asset storage – don’t do it, use your own wallet!