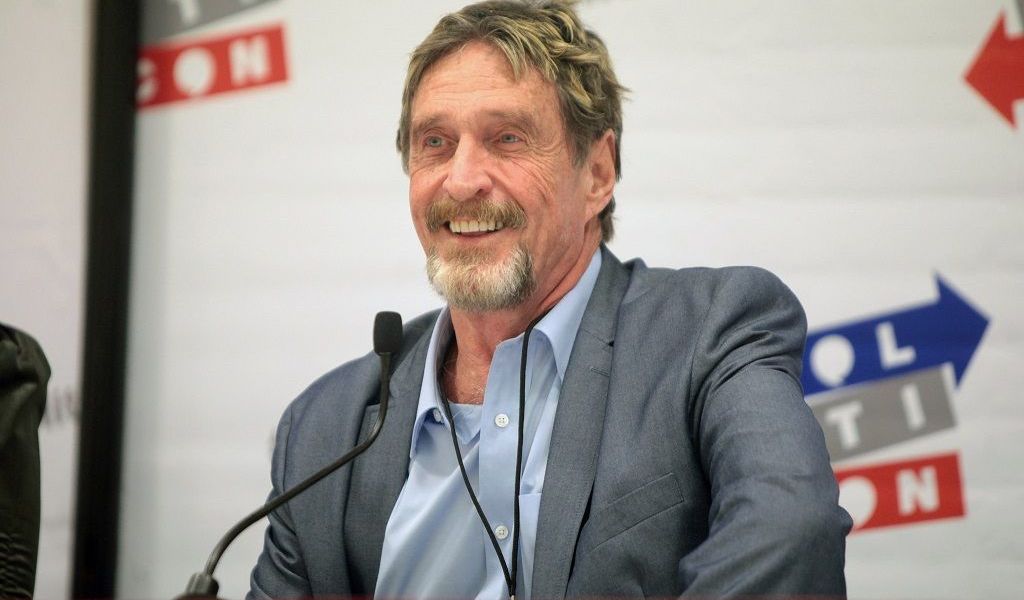 John McAfee is an adventurous software tycoon, with a crazy past. It is no surprise that he is a cryptocurrency enthusiast, considering his risk taking and business building skills. McAfee does not sugarcoat his information and has recently revealed that he charges $105,000 for every tweet to promote digital coins or initial coin offerings (ICO).

McAfee’s tweets have without a doubt caused major hypes in the cryptocurrency industry. A single tweet has the power of more than one million dollars of investments in an ICO and to possibly increase the cryptocurrency value by 100%.

Currently, McAfee has 810,000 followers on Twitter, which is not a miraculous amount of follows,  but according to his Twitter analytic, a single tweet still reaches millions of cryptocurrency fans.

A perfect example of such situation would be Burst coin. It’s value went up by 350% after a single tweet by McAfee.

The McAfee Crypto Team website can even persuade  the logical decision makers. The website clearly mentions that considering 810,000 followers, the cost per investor reached is only $0.13. The plus point being that his tweet has the magnitude of reaching far into millions of crypto minds.

However, John McAfee strongly suggests that he only promotes what he believes in. He tweeted on the 1st of April:

“They say I sold out ’cause I use my tweets to promote, but the last 200 ICOs that lined up, we rejected 195 and chose 5. I only promote what I believe. In addition, all ICOs that we promote, since Finacoin, are audited by Crypto Connection. And I limit promos to 2 a day max. So..”