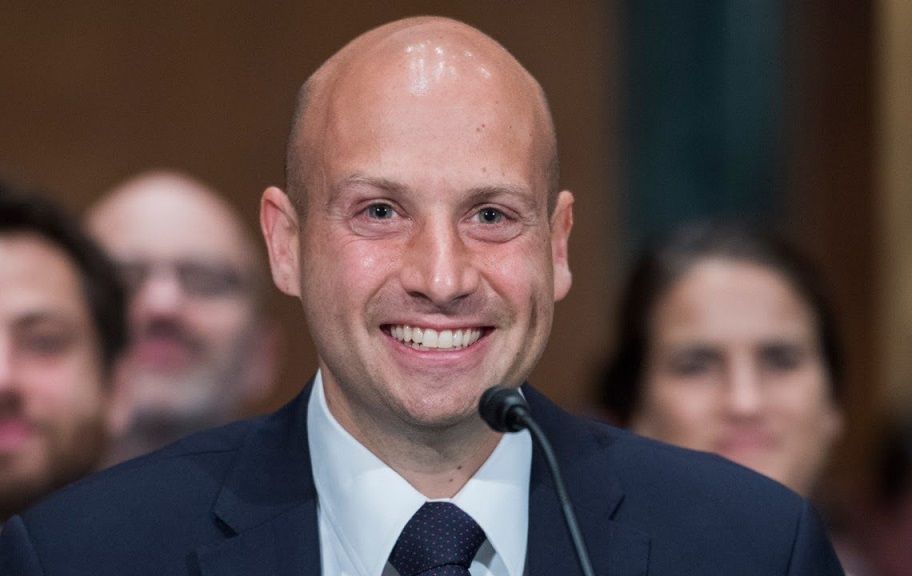 On September 5th, Senate confirmed the fourth appointment to the Securities Exchange Commission. The Republican commissioner, Elad Roisman, was confirmed through a vote in a 85-14 ratio and will replace a commissioner Michael Piwowar. Another commissioner, Democrat Kara Stein, must step down by the end of the year. The new appointments, according to experts, may turn around the state of affairs regarding cryptocurrency regulation, including the decision on Bitcoin Exchange-Traded Fund (ETF).

Elad Roisman is 37 years old. Previously he worked on the Senate Banking Committee for several years. In the committed Roisman filled the panel’s chief counsel position. A Banking Committee Chairman, Mike Crapo, said in the hearing at the Committee that Roisman “developed a vast knowledge of securities law in his previous roles as counsel to Commissioner Daniel Gallagher at the SEC, and as chief counsel at the NYSE Euronext.”

During his July 24 hearing before the Banking Committee, Roisman also addressed the matters of regulation in the blockchain space

“…the SEC must examine and re-examine its rules, regulations and guidelines to ensure that they are still working as intended to accomplish the SEC’s mission. This is most recently manifested in areas such as data protection and cybersecurity, as well as the emergence of new investments and technologies such as initial coin offerings and blockchain. It is essential that the SEC approach these new challenges in a fair and transparent manner, provide clarity and certainty to the markets and investors, and enforce the laws and regulations that hold market participants accountable.”

Traditionally, the nominee for the commissioner position avoids concrete statements throughout the Senate hearing. It is safe to say Roisman seeks a review of the Commission’s approach to innovations, including the blockchain technology. Some experts draw a parallel between Roisman’s address and the public statement by another SEC commissioner Hester Pierce.

Pierce dissented from the Commission’s order disapproving the Winklevoss Bitcoin ETF. She argued the proposed trusted fund was consistent with the Exchange Act of 1934 and further institutional participation encouraged by the potential ETF public listing would mitigate existing concerns with the Bitcoin market. For example, fraudulent and manipulative acts and practices cited in a recent rejection of 9 Bitcoin ETF applications. Hester Pierce is a well-known advocate of the Bitcoin trusted fund approval. She explained her position in an interview with CNBC’s Ran Neuner

Elad Roisman is similarly experienced as Peirce, as he is the Chief Counsel to the Senate Banking Committee and has worked under Commissioner Daniel Gallagher, who is an advocate for innovation in the fintech field.

Roisman is the second commissioner appointed during Trump administration after the independent Chairman Clayman. By the end of the year, U.S. President’s administration is rumored to nominate Allison Lee in place of Kara Stein. Thus far the Commission is comprised of five members:

Pierce previously stated that the disapproval of the Winklevoss ETF was decided by a vote 3 to 1. Following the new appointments and based on the fact that the Democrat Kara Steins must step down in December this year, there is a reason to believe the general agreement about the blockchain markets may turn around in 2019.

Adding two new commissioners could substantially change the SEC’s views on the upcoming ETFs. The much anticipated decision on a proposed VanEck-SolidX trusted bitcoin fund was postponed until September, 30th. An anonymous analysis published on Medium states the decision is likely to be further postponed until the completion of the SEC board. According to the Exchange Act, the Commission can extend it 240 days from the date published in the Federal Register.