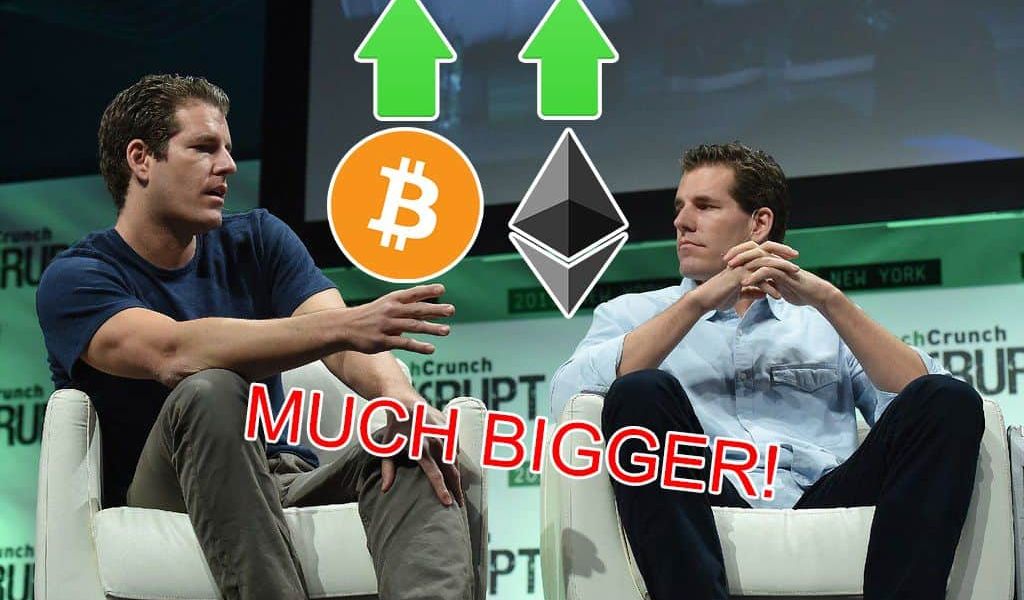 In a recent Bloomberg interview the Winklevoss twins shared their take on the cryptocurrency market. Both where it stands today and what it could look like in the future. As investors and innovators in the sector they are confident that a new bull market is on its way and that Bitcoin is going to be bigger than ever before.

The Next Cryptocurrency Wave

One of the more telling responses came when the interviewer asked what the twins thought of the bull run in 2017 and how they’ve been dealing with the bear market.

“So 2017 we felt like, OK, we’ve seen this movie before. But each time the excitement gets ahead of itself, it tends to stabilize at a better floor than it was before. So instead of looking at the 52 week highs, look at the 52 week lows, and each of them are stepping up into the right direction. Now, the way we get there is kind of a wild ride in between.”

Further demonstrating their belief that the future of crypto is promising, the twins stated, “we fully think there will be another wave and it should be probably more exciting than the last one.”

If that proves to be the case, and the next bull market attracts more investors than the last one, it’s hard to estimate how high prices could go.

Bitcoin to Take over the Gold Market

After discussing market sentiment and their belief that the next bull run is going to be especially exciting, the twins shared their opinion about the potential of Bitcoin as a digital form of gold.

“Our view, at least with Bitcoin, is that it’s a digital gold. – Bitcoin’s market cap, I haven’t checked today but let’s say it’s a hundred million dollars, then gold is at seven trillion, if it’s better than gold it’s got to get that high.”

While this might take a decade or two to happen, assuming it ever does, if Bitcoin does find a way to become digital gold it would be a boon to early investors as the ROI could be magnificent, more than most people could imagine.

Finally, the twins commented on Fidelity moving into the crypto marketplace and what that means for adoption.

“I think it makes a lot of sense [Fidelity getting into crypto] and it’s a smart move. – The business case may not be there today but it will be there tomorrow and as these businesses work, getting there first is an advantage for sure. I think a lot of Wall Street got really close in 2017, and were about to take the plunge – but ended up backing away.”

If that’s the case, and Wall Street did get close to going all in on crypto in 2017, it stands to reason that during the next bull market, with all of the developments in onboarding, regulation and custodianship, Wall Street really will go all in on crypto.

The Winklevoss twins have made a lot of bold predictions and in the coming months and years we will see how well these predictions age and whether the cryptocurrency market ends up being as bullish as the twins think it might be.