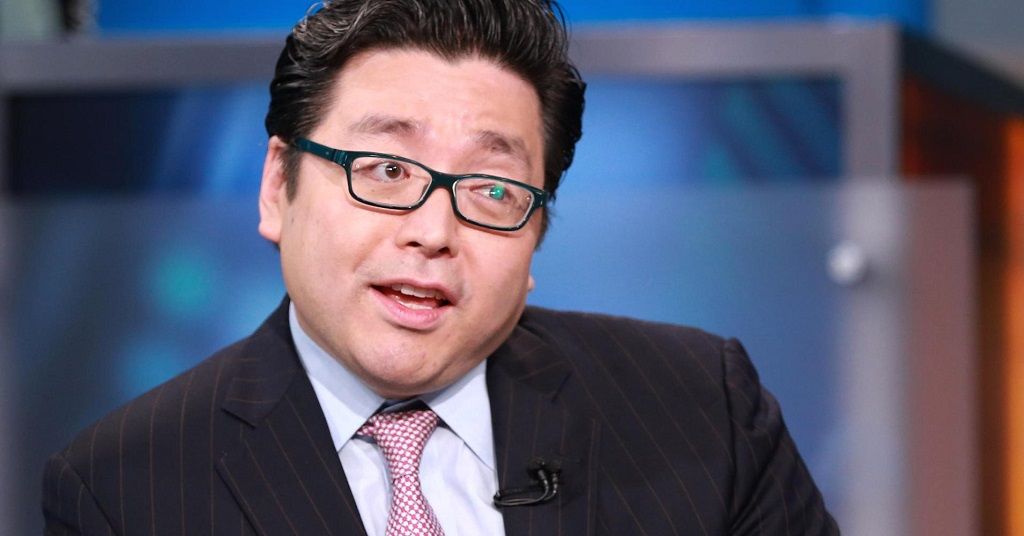 Wall Street Bull, Tom Lee expressed his views over bitcoin’s market share in his recent interview with CNBC. He says that ‘bitcoin, which is said to have the best house in the tough ongoing market is now bouncing back to the peak.’ The cryptocurrency has now gradually started regaining its market share which is a good sign for all the crypto enthusiasts.

Though bitcoin has previously seen some harsh times, over the past two weeks the market share has increased more than the expectations. This latest increment might be a relief for all the global bitcoin buffs and crypto investors.

Tom Lee is the Co-Founder, the Managing partner and The Head of Research at ‘Fundstrat Global Advisor’. Yesterday, in an interview with CNBC, he presented the world with some of the current scenarios the crypto market is undergoing. He focused more on the market shares of cryptocurrency and that too majorly on Bitcoins. He talked about the potential of an exchanged and traded funds in bitcoins and he even said that ‘bitcoin is expected to be the best house in this tough market’.

According to the statistical data, bitcoin has seen some downward slide since it has previously topped in December 2017 with $19,000. While after reaching that peak, its value dropped to $6,000 by the end of June 2018. As per the data presented by coindesk, this was the lowest value of the year. But now, the numbers are appearing to rise and in the month of July, the value increased to $8,400 while currently, it has again dropped to $7,000.

In context to the same, Lee said that it is nearly impossible to break the strength and market value of bitcoins even at the rate of $6,000. It hardly matters until the bitcoin is being held at this level. He also said that people should not feel insecure about their investment keeping in mind the ups and downs that keep on changing in the price of bitcoin. People must ignore the fact that the price of bitcoin remains low, instead should acknowledge the rash of developments the crypto market is having.

He also acknowledged the act of SEC Leaders in which they have labeled the ‘bitcoin as a commodity.’ The SEC leaders also made it very clear in the month of June that cryptocurrencies are not liable to be treated as securities in any case. And to argue these facts, Lee said that ‘there might be a possibility that bitcoins and other cryptocurrencies may not be able to outreach the news, but the market cannot ignore the true sign of its return. And this is what that gives a very strong point that bitcoin is definitely regaining its market shares.

Mr. Lee mentioned the fact that 80% of the overall crypto market was alone claimed by bitcoin, at the beginning of the year 2017. And though, in January 2018, the market share dropped to 36% but it does not reflect the end of bitcoins. And this can be seen through the rise that has been noticed in the recent couple of weeks which is 48%.

In the end, he said that the dominance of bitcoin in the crypto market share cannot be ignored and questioned. It is just the matter of time, that the market has been reacting to what so ever is taking place.