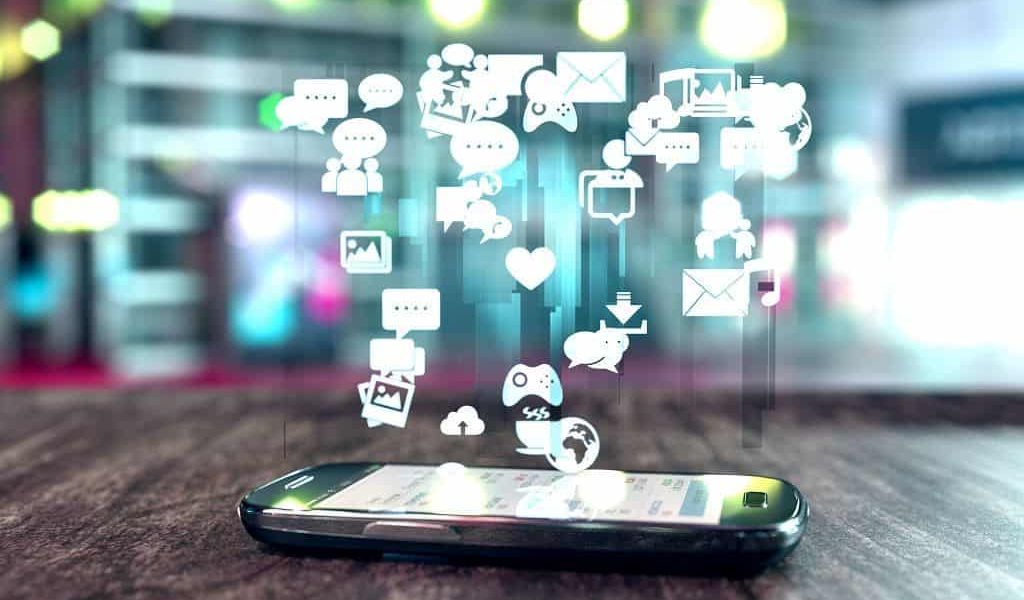 However, the main benefit of so-called dApps – decentralized applications – is that they, as the name suggests, lack centralization. This means that they can be more resilient, autonomous, and secure than traditional applications.

In addition to this, dApps mainly employ cryptocurrencies as the built-in medium of exchange. As a result, dApps could potentially dramatically boost the mainstream adoption of cryptocurrencies by exposing more people to it.

This is why some observers are predicting that dApps can, in fact, have as large an impact on the world as the rise of mobile applications, or traditional server-client applications, have had.

They are also designed to run natively on a decentralized network with trustless protocols – or a blockchain. Through storing both data and records with the use of blockchain technology, dApps can truly be characterized as being ”decentralized.”

Nevertheless, the concept of decentralization can arguably be a difficult one to comprehend – especially for those unfamiliar with the blockchain. Put simply, decentralization means that no single entity has control over the platform or process being used. Decentralized applications are also able to be incentivizing for users of it, and have algorithms or protocols for generating tokens.

What’s more, this has some very concrete use-cases. For example, consider a centralized application such as Twitter. Twitter users are, ultimately, at the mercy of Twitter itself. Twitter could conceivably choose to censor Twitter users, or even remove them from the platform.

Furthermore, this is not as far-fetched as some might imagine. The right-wing radio host and conspiracy theorist Alex Jones was banned from Twitter earlier this year, highlighting Twitter’s power. Moreover, a centralized entity such as Twitter also controls the platform as a whole – and could theoretically shut it down at any moment.

A decentralized application, on the other hand, would never be subject to this type of centralized control. The code that underpins the application is open-source and is – at least ideally – autonomously managed. In addition, there is no all-powerful corporation that controls the application itself.

This means that dApps can, at least theoretically, facilitate completely censorship resistant applications. As a result, it can be thought of as an application which hands back control to its users.

Rather, dApps are leaderless and instead controlled by their users. Users or members of the decentralized applications can vote on how the applications should evolve or change. Furthermore, any changes to the dApps can only be performed through consensus.

This is in stark contrast to existing centralized applications such as, for example, Facebook. Whilst Facebook’s evolution is, by extension, mapped out by Mark Zuckerberg, dApps are more transparent and user-governed.

Moreover, an additional advantage of decentralized applications is that they are immune to any single point of failure. This is due to the fundamental nature of decentralization.

Decentralized applications are immune to single points of failure

Instead of relying on a flow of data stemming from one central point, users of decentralized applications enjoy a far more distributed approach. In fact, any computation needed is done at different ”nodes”, eliminating the need for a single entity.

In extension, this means that the adverse effects of any sort of localized error – such as a fire in a central server –  will be dramatically reduced. What’s more, this is equally true whether the error is accidental or the result of planned sabotage.

More specifically, that is to move away from the existing centralization that has become widespread in today’s society. The global financial sector, as well as the general business environment as a whole, all rely on strictly centralized structures.

Although this is something that has worked for decades, it has also brought with it a crowd of problems. Decentralized applications come with the promise of finally burying many of those issues. For example, misuse of power, lack of transparency, and poor security are all matters that could be solved by dApps.

This is a result of the term still being under debate and development. Nevertheless, although it is somewhat fluid, there is still a rough set of characteristics that a decentralized application should fulfill.

According to ”The General Theory of Decentralized Applications” – or put simply the dApp white paper – dApps are described as being open-source. Moreover, they should not have any single entity in possession of a majority of the dApps currency.

This is in order to prevent the dApp in question from becoming centralized, despite being an – at least in theory – decentralized application. In addition to this, the dApp white paper also goes on to note how any protocol changes must be accepted by the community.

The precondition that any overall protocol changes must be approved by all of the dApp’s users further prevents centralization. Furthermore, dApps are required to cryptographically record and store all operations’ data on a transparent, public blockchain.

It is also obliged to employ the use of Ethereum, EOS, or any other cryptocurrency that is native to its blockchain system. Moreover, this is needed so that it can be used as well as for any future potential contributions to its value from miners.

Ultimately, dApps also need to generate some form or tokens or currency that follow a standard cryptographic algorithm. Although some dApps might, in reality, differ slightly from these prerequisites, truly decentralized applications will adhere to them.

It should be noted, however, that there are also different types of dApps that differ quite substantially from each other. The three types of dApps are ”Type I dApps,” ”Type II dApps,” and ”Type III dApps.”

The first category of dApps are dApps that have their own blockchain. This primary type of decentralized applications consists of, for example, Bitcoin, Litecoin, as well as any other altcoins.

The second type of dApps, ”Type II dApps,” are dApps that employ the use of Type I dApps’ blockchains. Furthermore, Type II dApps are their own protocols, with tokens that are meant to provide the necessary functionality. One example of a Type II dApp is the Omni Protocol.

Moreover, ”Type III dApps” use the protocol of a preexisting Type II dApp to become its own protocol. In addition to this, they also have tokens of their own to generate usage. An example of a Type III dApp is how the SAFE protocol uses the Omni Protocol to issue safecoins, which are then utilized to receive distributed storage.