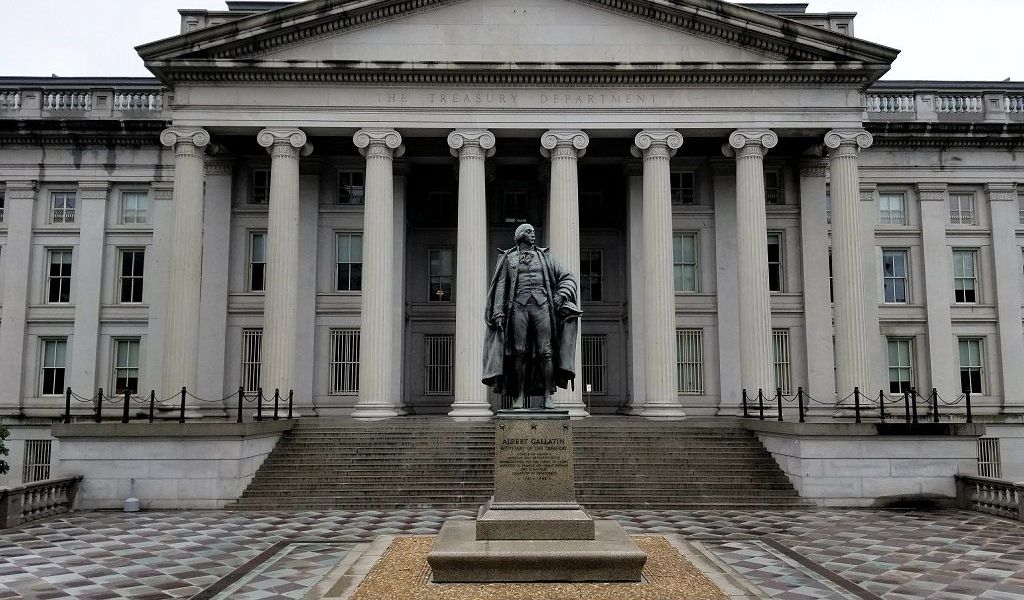 Trends emerge every day in the financial industries but most of them do not stay for long. However, the U.S. Treasury believes that blockchain technology is here to stay. In a report submitted to the US President Donald Trump, it stated that the Blockchain Tech is certainly among the ‘promising innovation’ that can possibly be used by financial companies. The report analyses the current trends in the monetary & financial systems and makes more than 80 policy recommendations.

The regulators have also been encouraged a lot to explore the space and work on the structuring of a framework where such kinds of technologies can be operated without any hassle, whatsoever. The most obvious event regarding such an encouragement is the G20 Summit where FSB (Financial Stability Board) was asked to carry out thorough research on cryptocurrencies and the risks they posses, if any.

The report has also stated that such financial innovations need time to mature and so hence the Blockchain Technology is no exception. That being said, warnings about unknown risks from the perspective of regulators, were are also stated in the report. According to the report, the treasurer sees blockchain as a technological tool to be harnessed by the insurance stakeholders and financial services who expect the technology to be peer to peer, usage-based business model.

Meaningful experimentations in the actual world, rather than just the virtual world, would be very beneficial for the regulators. A special team was made in the Financial Stability Oversight Council to find out the potential risks and to answer the critics who say that blockchain is actually threatening the financial stability.

The response of the US government to cryptocurrencies and the whole concept of blockchain is mixed. Some of them say that it is absolutely alright to study and invest in cryptocurrencies while others say that the regulation in the blockchain technology is not good enough. Every aspect of the virtual currencies is being studied thoroughly lately for confirming the legitimacy and the viability of these products. However, it can be seen that there are opinion differences in many US Government departments regarding the implementation of Blockchain Technology into their system.

In short, it can be said that the ‘specified algorithm’ and the ‘absolutely awesome idea’ prove that there is nothing wrong with cryptocurrencies and Blockchain. It is, without any doubt, a very promising innovation. It is just a matter of time for the whole world to actually realize the true potential of this tech. Till then, keep calm and believe in BLOCKCHAIN!