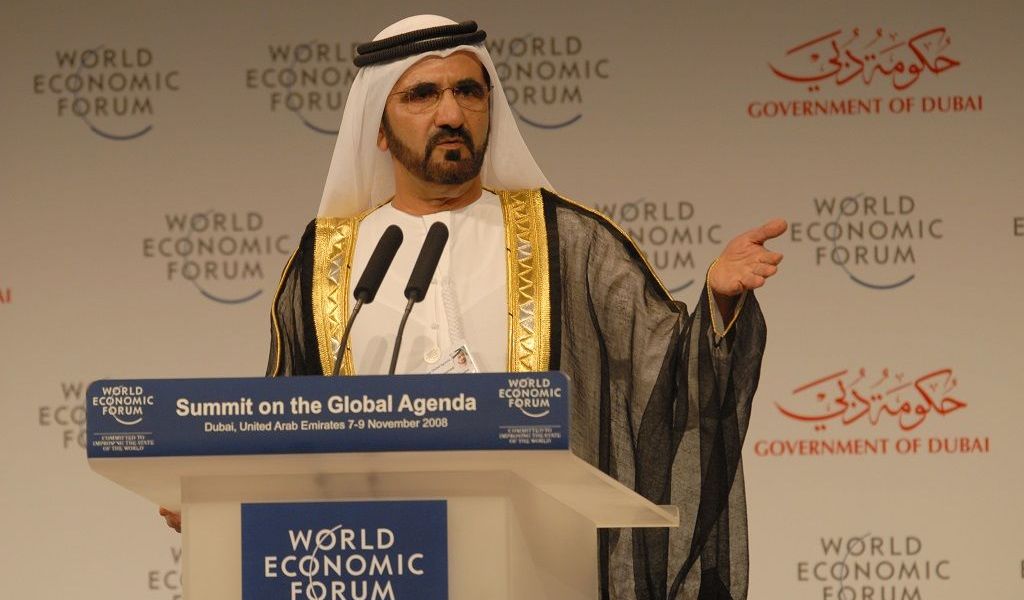 The United Arab Emirates (UAE) a country famous for its iconic development and buildings is not one to shy away from technology, and Blockchain technology is no different. It is aiming to become the world leader in adopting technology with the government actively supporting Blockchain.

Sheikh Mohammad bin Rashid, Vice President and Prime Minister of the UAE and Ruler of the incredible city of Dubai has launched the ‘UAE Blockchain Strategy 2021.’ While the rest of the world is still pondering and deciding over regulations or banning cryptocurrencies, Dubai has decided on implementing it with a well thought of strategy.

On April 11, 2018, Wednesday the official launch of the ‘UAE Blockchain Strategy 2021’ took place with His Highness Sheikh Mohammed bin Rashid doing the honors. He stated that Blockchain technology is the solution to future challenges and will help the government save about AED 11 Billion which is nearly US $ 3 Billion from document circulation annually. Further to this operation costs such as government documents and time being unnecessary spent on work hours and driving can be saved tremendously.

The Sheikh was quoted saying, “The adoption of this technology will reflect on the quality of life in the UAE and will enhance happiness levels for citizens. 50 percent of government transactions on the federal level will be conducted using Blockchain technology by 2021… This technology will save time, effort and resources and enable individuals to conduct most of their transactions in a timely manner that suits their lifestyle and work.”

This strategy will lay the foundation for other countries to follow UAE’s footsteps. It consists of four fundamental principles focusing on ‘citizen and resident happiness, government efficiency, advanced legislation and global entrepreneurship.’

The government of the UAE will invest loads of capital in courses, events, and workshops on blockchain. An emphasis on educating university students to specialize in blockchain technology is already underway.

The UAE has announced several blockchain related companies for the future.

A Blockchain Based vehicle lifecycle management system in 2020 which will let customers track the history of their vehicle.

UAE is getting the country’s population to get involved in Blockchain too. This year’s startup competition in UAE called ‘GovHack Series’ will focus on giving a grand prize money of $100,000 to startups which leverage artificial intelligence and Blockchain technology to aid governments in addressing data management issues.