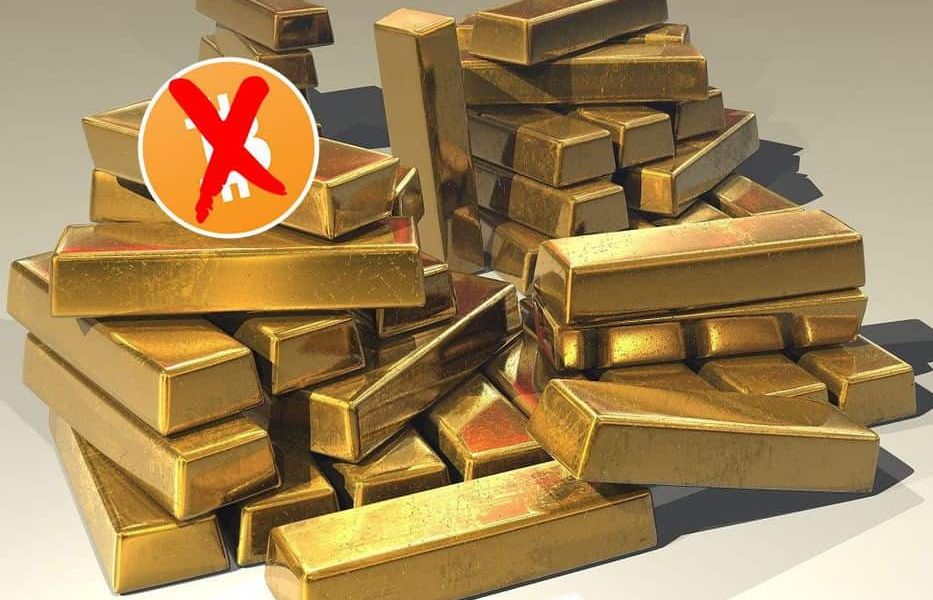 Jan van Eck of Van Eck Associates has stated that he believes bitcoin investors have switched to gold whilst speaking to CNBC.

Van Eck Associates, management firm for mutual funds and ETFs have delivered a negative view on bitcoin’s outlook for 2019. Whilst in conversation with CNBC, Jan Van Eck, CEO of the company explained that he believed the demand which bitcoin pulled away from gold in 2017 will return to the precious metal in 2019.

Van Eck has a long history with gold and created what was termed in the interview as “the most well-known gold ETFs”, the GDX gold miners ETF and the GDXJ junior gold miners ETF.

Whilst Van Eck struck a neutral tone his thoughts showed bitcoin on the back foot. He explained “that Bitcoin pulled a bit of demand away from gold last year [and] in 2017” before stating:

“Interestingly, we just polled 4,000 Bitcoin investors and their number one investment for 2019 is actually gold. So gold lost to Bitcoin and now it’s going the other way.”

He went further to state that due to how the markets were recently behaving, Van Eck had decided to withdraw its application for a bitcoin ETF, which was up for consideration next month. His reasons were to do with the government shutdown which is going on in the US, and the fact that the Securities and Exchange Commission, which is affected by that will be unable to act on the application. He did say however that the intention of the firm remains to refile the application at a future date.

Bitcoin Not a Reliable Store of Value

Later in the interview, there was discussion of bitcoin’s current and future viability as a store of value. It is often posited that bitcoin’s real long-term use case is as a store of value – indeed it is often dubbed digital gold. Tim Seymour, founder and CIO of Seymour Asset Management cast doubt on this, citing the low volume:

“Not only have we lost all liquidity on the underlying [commodity] but truly outside of the existential blockchain argument, it’s been very difficult to argue store of value which is really what we started hearing about. Gold is a store of value and there’s no disputing that.”

If it is the case that gold is, for the moment, supplanting bitcoin as an investment option, we must ask ourselves why – bitcoin offers much more potential than gold due to its ability to develop and change technologically whilst at the same time, use cases for gold are arguably shrinking. Perhaps it is because bitcoin hasn’t changed much recently; whilst the potential is naturally still there, the reality is that there is not much to show for the actual use of the currency.

For bitcoin and cryptocurrency to gain market traction and interest again, products like the bitcoin ETF need to launch, which could add some much-needed fuel to the engine. However, whilst many speculate that it will happen this year, it is unlikely to be soon as problems in the US continue to dominate. The imminent launch of and its futures market may be the next significant milestone to create renewed interest in bitcoin in the mainstream although the US shutdown is hindering this as well. Bitcoin meanwhile hasn’t been able to break through the $4,000 mark since the beginning of the year. At the time of writing, has just taken plunge downwards from $3,551 to $3,428.