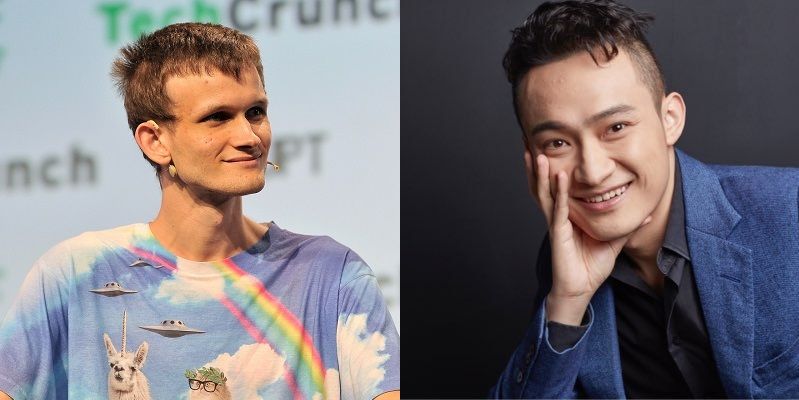 Justin Sun, Tron’s Founder and Vitalik Buterin, Co-founder of Ethereum are battling it out for the Undisputed Crypto Boxing Championship. On one side you have the extremely smart and in your face personality, Buterin who keeps jabbing right hooks onto the sentiments of his opponents. On the other hand, you have the logical and extremely calculative Justin who keeps blocking his opponents until the right time to jab comes up.

If you thought the Floyd Mayweather vs. Conor McGregor fight was entertaining with all the words thrown at each other, wait till you see the Crypto geeks battling it out.  Justin Sun’s core team called Tron foundation was getting accused of plagiarizing their whitepaper in January 2018, and this was taken pretty seriously amongst the cryptocurrency community. Buterin opened up wounds of the past tweeting a day after April Fool’s Day –

The wit and sarcasm of Vitalik is phenomenal, with a user even commenting-

This swift punch in the stomach led to a logical infographic from Sun’s twitter. It included subtitles for those who did not understand the technical infographic. These subtitles translated were-

What we did not realize was the boxing match was between a father and his son. The son being, TRX as it launched on the Father’s platform which was Ethereum and as per family tree remains an ERC20 token.

Buterin could not stay still and thus ended up giving a roundhouse kick to Sun, with another extreme reply on Twitter-

It turned from a boxing match to a free for all MMA battle!

Sun threw a below the belt punch with another reply-

Buterin is not the one to stay down; he is a fighter just like Conor Mcgregor. Remember ego is at stake here.

Will this end up like the Mayweather fight, where the patient but deadly Sun will win, or will the beyond aggressive Buterin get the better of this? Perhaps the Godfather himself, Satoshi Nakamoto will join in as the referee.