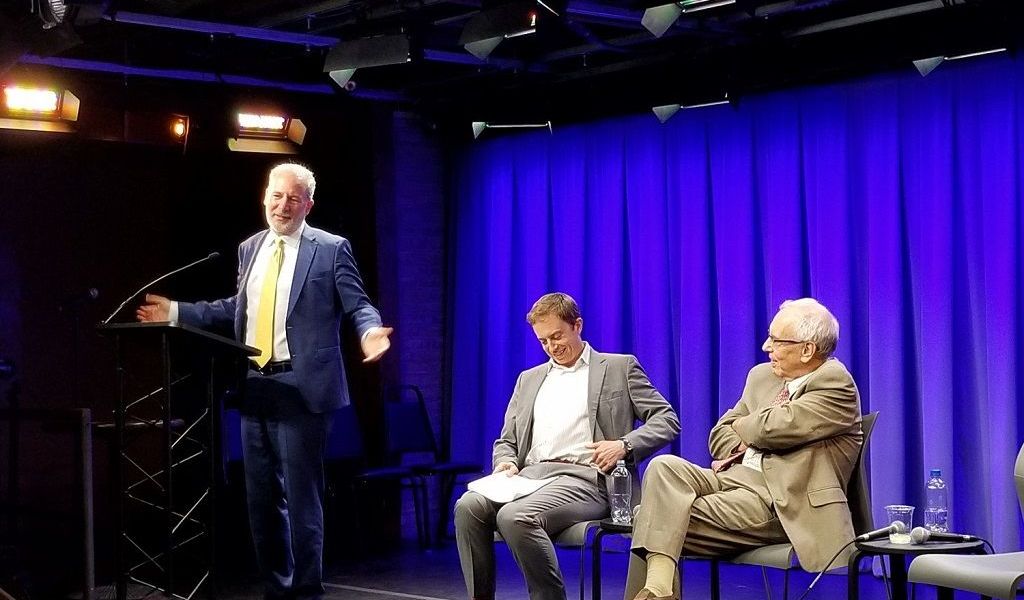 The Soho Forum is a monthly debate series that held in New York City, where topics related to the interest of libertarians are discussed. This week Peter Schiff, the well-known economist who predicted the 2008 financial crisis, had a debate with Erik Voorhees, who is the CEO of ShapeShift and a respected figure in the blockchain atmosphere. It seems that the aim of this debate was to create two entirely different perspectives about the future of cryptocurrencies and specifically bitcoin.

Voorhees stated that government-backed money will be replaced by bitcoin, but it merely needs a gradual adoption. Schiff argued that bitcoin is used as a speculative asset. He says that even those individuals that want to use bitcoin as a medium of exchange cannot do it easily. Yet, Voorhees explained that bitcoin is not only a speculative asset by saying that frequently is being used in cross-border transactions given that no one can prevent its usage. Admittedly, there is some truth in the idea that this cryptocurrency has been utilized as a speculative asset and that currently is not the easiest way to transfer capital, yet disruptive technologies always start with flaws and they improve with time and willingness of experimentation.

Jay Samit, the writer of the book Disrupt Yourself, said:

“Those that recognize the inevitability of change stand to benefit the most from it.”

Peter Schiff claimed that the price of this cryptocurrency can significantly change hour-to-hour, which contributes to the fact that it is notably volatile for being used as a medium of exchange. However, Voorhees refuted this argument by pointing out that in 2017 fluctuations in the price of bitcoin were around 50%, and currently it is a big deal if it moves around 10%. Hence, it is clear that this asset still needs to stabilize more to increase usability as a medium of exchange. The question remains whether it will continue to improve or it will disappear.

Referring to bitcoin as a store of value, Schiff asked the following rhetorical question:

“What are the odds that bitcoin is the best cryptocurrency that has ever going to be invented?”

He is confident that bitcoin will not replace gold as a store of value since bitcoin can easily be replaced and gold has stayed for a long time already. This argument appears to be debatable in terms of how likely it is for individuals adopting bitcoin as a store of value given that the utility of investment assets lies in the possibility of resale them at a higher price.

The stock to flow ratio has widely being used for analyzing the difference between commodities, where stock refers to the total available supply and flow the annual production. According to the World Gold Council, the entire amount of gold totals approximately 190,040 tons and the average annual production is 3,150 tons. Therefore, the current stock to flow ratio of gold is 60 years – the number of years that it will require producing the total supply. In comparison to bitcoin, the current total supply of this asset is around 17,000,000 BTC and the annual production of BTC added per year will continuously decrease. Also, the maximum supply of this cryptocurrency will be 21,000,000 BTC; hence, given that there is finite supply and the issuance of BTC will continuously decrease, there is a high likelihood of provoking a growth in the stock to flow ratio in the following years which is positive for bitcoin being used as a store of value.