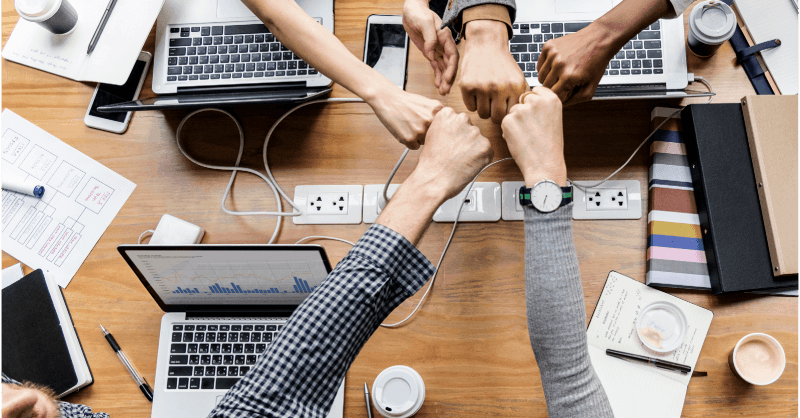 Are you curious about cryptocurrencies and from where network economic value comes from? Keen on learning why they’re key to the Ethereum ecosystem? Great! You’ve come to the right place. To learn blockchain development and be certified I recommend visiting Ivan on Tech Academy.

In my sixth, seventh and eight ones, I’ve dove-deep into consensus algorithms and the blockchain trilemma. Lastly, I’ve looked into blockchain sharding technology, which projects are making it thrive and I’ve done an intro to Plasma and Looms.

Last week, I’ve explained the importance of blockchain explorers, why tBTC matters for Ethereum developers and the difference between cryptocurrencies, crypto-tokens and stablecoins.

To spice things up a bit, today I’m looking into cryptocurrency networks. Where does economic value come from? How do tokenomics influence price? Why should Ethereum developers care about on-chain analytics?

An intro to cryptocurrency networks

There’s been much talk around cryptocurrency networks recently, especially with the recent developments in the DeFi space. From Maker, Compound and Dai, to Kyber, Chainlink, POA or even Hex, a great deal of curious and interesting projects have been developing in the Ethereum space.

2020 has definitely been an amazing year for a pluritude of blockchain projects. Ethereum has absolutely been kicking-ass. After the recent upgrades in the liquidity layer, with the introduction of over-colaterized loans and under-colaterized flash loans, excitment has re-emerged.

However, as additional cryptocurrencies launch, how can users value each token? Should we use traditional financial metrics, such as the ones we use to evaluate stocks, based on cash flows, revenues, or equity?

Or should the analytics models be based on different properties? Should the value of the network be based on on-chain analysis, rather than boring TA? Can open-source finance completely shift how markets operate?

Let’s begin our analysis by looking into how the current internet protocol is implemented and how it interacts with multiple infrastructures.

Our channel has a strike as soon as I started a new live stream.

This doesn't make sense, nothing dangerous or harmful was being presented in that stream. @TeamYouTube @ytcreators @YouTube Please help!

WE NEED HELP ON THIS MATTER!
SHARE THIS!!!! pic.twitter.com/630Mp3al8d

There is no shame in admitting the model we currently have for most internet-based platforms doesn’t do much good for the end user.

It does what it’s supposed to do, but there’s a whole lot of negative features that come with it. For instance, there’s always the privacy problem as data is stored in centralised databases and servers, which have single points of failure. Then there’s the fact our data has been known to be used wrongfully by a great deal of counter-parties, such as Facebook and Google. Plus, remember what YouTube just did to Ivan? Share the cause!

We could fight the current system with the rule of man, where we ask other centralised institutions to vouch for how these companies treat our data. That’s precisely the goal of the EU’s Articles 11 and 13 and similar policies, where regulators ask companies to follow certain procedures in order to secure user data.

However, there are few mechanisms to enforce or check whether companies have been following through.

In addition, the current network model is created on an infrastructure that is difficult to scale. Because there is little interoperability between systems, there is also little incentive for collaboration.

Internet-based companies still rely too much on user-generated data and content for their revenue without appropriately compensating users for their efforts.

It doesn’t seem that such a model works in the real world because incentives are misaligned.

Instead of pricing bad behaviour — much like we do with environmental issues, where companies have a pollution cap or pay fees for polluting — why not create an open and transparent incentives system where rewards are directly shared with data owners, content creators, and any user who positively participates in the network?

I argue that we have failed to properly implement a digital sharing economy because we have failed at the infrastructure level. Unfortunately, during the early stages of the internet, there was no simple way to share value online, at least not without going through third parties like banks and payment providers.

Users got used to going through multiple third parties that work as guardians of all data. These companies are responsible for communicating and authorising value sharing among users – which seems a bit weird given the fact we do not require permission to send an email.

What I mean is: why the hell should we ask permission to share value?

The big deal with the appearance of Bitcoin, blockchain, and smart contract technology is that they solve key issues.

Remember why it solves the trust problem?

Remember how the blockchain achieves this trustless nature?

The idea behind this distributed, P2P technology is to allow users to hold, transact, and share value privately in a public environment, easily accessible by everyone.

This way, there is little incentive for companies to hold on to all the user-generated value.

The power of analytics

There are plenty of ways to try to measure value. I’ll take a look at some of the ones I like.

First, let’s start with pretty basic analytics. Google analytics. Do a quick search for either “bitcoin” or “ethereum” and see how many hits it’s been getting. If it’s not near all-time-high, who cares? Literally, nobody. Time to buy!

Then we may want to move into basic TA stuff. To me, the most important metrics are the actual price, volume and moving averages. Is price above the 21-day EMA? Cool, for how long? Over a few months? What about the 100-day and 200-day EMAs? If the overall trend is positive on the weekly and monthly chart, that might mean business!

Finally, we got the coolest analytics. On-chain analysis. It simply means looking into the behaviour of users when transacting. How much are they saving? When are people selling? How much FOMO is there? Are folk hoarding or slowly buying in?

Three of my favourite analytics are:

While to some the only cryptocurrency that matters is Bitcoin, to others there is a purpose and meaning in other cryptocurrencies.

All this means is that now companies now have much better tools to implement value sharing into their networks. With cool analytics incorporated. Talk about hype and marketing!

How to value crypto networks

The economic value of a token, which can be linked to its market capitalisation, revenue streams, transaction speed, income expectations, or features potential, may also be connected to its utility purposes.

When crypto platforms understand the power of sharing value instead of taking value, much like Bitcoin or Ethereum do for securing both networks, we can aim to completely shift how the value creation process takes place.

Price may even start being influenced by other metrics intrinsically linked to features like voting, revenue sharing, interest rate, and discounts.

What matters in the end is that only when we implement appropriate value sharing mechanics based on users’ contributions, curation, and general participation rather than financial participation may we see the rise of a new web.

Ethereum is absolutely working on achieving that goal. Thankfully!

Can you imagine what life will be like when your digital presence, which is increasingly growing whether you like it or not, becomes a form of passive income?

That is the true power of crypto networks: to enable value sharing between a community of people who are working together to achieve a common goal. Like GitCoin. A place to fund your Ethereum side gig. Or main one?

Whatever that goal may be, by decentralizing economic value among all network users, you will improve the conditions of a greater number of participants, which is the ultimate purpose of any blockchain-based technology.

This article is not financial advisement.

3 thoughts on “What are cryptocurrencies network of value?”