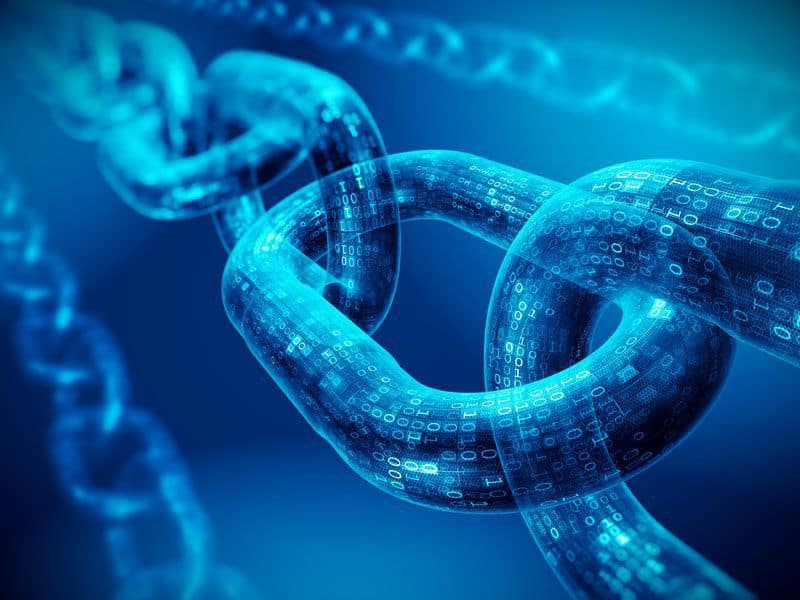 Even if you’re completely new to the cryptocurrency space, chances are you’ve heard of blockchain and you may even have a rough idea about what it is already. It’s a simple enough concept to grasp: at its most basic level, it is an accurate record of everything which has ever happened on a given network. That may not sound so impressive straight off the bat, but its significance is pretty great. On the internet just about everything is hackable – the implications of something which is corruption-resistant are huge.

Blockchain is the technology behind cryptocurrencies. It is the network on which they run, which first found application as the digital platform on which bitcoin was launched. It is, at its heart, a record of all transactions which have ever taken place on its network; a chronological database of transactions recorded by a network of computers.

But what makes it so compelling, is that this database is highly tamper-resistant; indeed, provable accuracy forms the basis of the technology’s significance and appeal. Whilst blockchain was created specifically as a platform for bitcoin to run on when it was launched in 2009, the technology has since been replicated innumerable times and today it serves as an integral part of not only cryptocurrency networks, but also many other types of databases and record-keeping tools both in the private and public sector.

How Does It Work?

The term, ‘blockchain’ – also widely referred to as ‘distributed ledger technology’ (DLT) – was first mentioned in the Bitcoin Whitepaper and derives its name from the nature in which information is recorded on the ledger. Blocks of recorded data – be that transaction data, medical data, data about movements of goods in and out of a warehouse –  are linked together in a chain, with specific coding connecting each block to the previous one in the chain; this creates a smooth and observable sequence of connectivity where each block in the chain contains the signature or ‘hash’ of the previous one recorded in it.

The significance of this is that it is extremely difficult to alter any information once it is recorded, as this would create a disparity in the chronology of the code sequencing. Some analogies allude to blockchain being like a knitted scarf: each stitch is linked to the previous one, making any attempt to make an alteration on part of the scarf already finished pretty much impossible to hide.

So how does this record maintain its accuracy? This is done via input from the whole network. The recording of the data is overseen automatically by nodes, which communicate with one another to verify the blockchain so far and achieve consensus. Essentially, these nodes are constantly creating their own version of events, but at the same time constantly in contact with each other, checking with each other that they all have the same version of events. If something doesn’t check out, it gets rejected and is not added to the chain.

So what network is this we are talking about? Well, every blockchain, be it the bitcoin blockchain, or a private sector blockchain, is a communal project between participants of that network. Like, for example, the Wikipedia project, input comes from all of the participants contributing information to the database.

Unlike Wikipedia however, blockchains are decentralised meaning they are not stored in any one location. The Wikipedia database is stored on servers which can be traced to a physical location. If these servers were to be damaged or destroyed, Wikipedia would no longer be accessible.

Blockchains on the other hand exist on every node which is part of that network. If a node is compromised, it does not affect the accessibility to the information on the blockchain in any way. It does however mean that with more nodes, the network is more secure because there is a broader consensus which needs to be reached. Theoretically, blockchains can be hacked through ‘51% Attacks’, where more than half of the nodes are compromised, meaning that false information can be added to the blockchain if a malicious actor wanted to. If there were only 10 nodes on a network controlling 51% or more of them wouldn’t be such an unimaginable challenge. However, if there are thousands of nodes, taking control of more than 51% of these becomes significantly more ambitious.

So what can blockchains do for us and where can they help? Knowing what attributes blockchains provide can help identify those areas. The mechanics of the blockchain’s system allow for its use-value to be identified as pertaining to five areas:

Provenance refers to the traceability of transactions; on the blockchain, this is entirely decentralised and trustless, meaning that you don’t have to have blind trust in the other participants; you know what is on the chain is the correct version of events, the same way you know that 2+2=4. This holds huge implications for transparency and accountability in the system.

Consensus refers to the way in which information is secured within the network; the fact that there is no central authority which oversees the network, but rather it is secured through consensus between the network’s nodes, means there is no central party’s interests which are being considered; this is a great increase in efficiency. The reliability of this consensus depends on network size; the larger the network, the more nodes in operation and therefore the greater the security of the network against malicious actors, who might seek to add alternative information to the blockchain.

Security and immutability refers to the reliability of transaction history as well as the fact that information, once recorded, cannot be changed. This has huge implications for trust in transacting, removing the need for middlemen and third parties in many cases. It also ensures there is no danger of double-spending in cryptocurrencies or double entries in inventory logs and reduces possibilities for fraudulent behaviour.

Availability refers to the fact that due to the decentralised nature of cryptocurrency networks, there is no way to shut them down; they are always available. Whereas with traditional digital infrastructure, where a server failure, or network maintenance may result in a loss of service, cryptocurrency networks like the bitcoin network are administered and stored simultaneously by its users, meaning that network disruption is almost impossible, as it would require all network users to disengage from it.

Finality refers to the irreversibility of transactions; once a transaction is recorded on the blockchain, it cannot be reversed. The value of this attribute lies in the fact that parties who do not know or trust each other can nevertheless transact together. Smart contracts, which are covered in the smart contracts section enable a simultaneous execution of transactions and both parties can rest assured in the fact that the transaction cannot be reversed in any way.