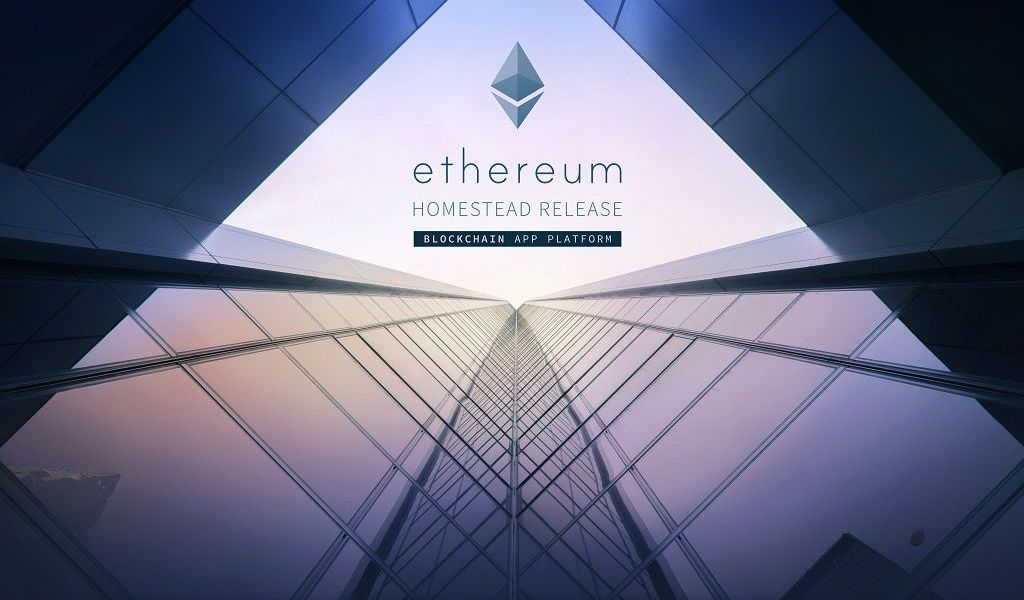 Ethereum is an open-source public blockchain which was first described by Vitalik Buterin in late 2013 when he wrote the Ethereum White Paper, which laid out the groundwork of what would later become Ethereum.

To understand the origins of Ethereum, one should also know the origins of Bitcoin. If you want to understand what Ethereum is – but you are unfamiliar to what Bitcoin is or if you don’t know what mining or other blockchain terms are – you should probably read our guide on Bitcoin before you read this article.

What is the differences and similarities between Ethereum and Bitcoin?

While ETH is different from Bitcoin, they have a lot in common. They are both public distributed ledgers which currently use the computationally intensive process of mining to add new blocks to the ledger.

However, the most significant way that Ethereum differs from Bitcoin is that while Bitcoin was created as a way to store transactions between different partners in a ledger, Ethereum’s currency ether has different premises.

For ETH, the usage of its currency is not primarily a transactional currency – like in the case of Bitcoin. The primary use of Ether is rather to power and execute the code used for Ethereum’s smart contracts.

What is a smart contract?

A smart contact could be described as a contract with a defined set of conditions that can be executed without the need of a third-party. A good example of how a smart contract operates is that of a vending machine.

In a sense, Bitcoin and Ethereum themselves are both smart contracts since the blockchain makes it possible to transfer an amount of value, with the condition that the rest of the network of nodes agree on the transaction.

When all nodes in the blockchain network have agreed that as a transaction is valid and mined into a block, something that is called consensus is achieved. A consensus is needed for the Ethereum Virtual Machine (EVM) to work.

What is the Ethereum Virtual Machine (EVM)?

To run smart contracts and everything else inside the Ethereum blockchain, Ethereum uses something that is called the Ethereum Virtual Machine (EVM). The EVM is a runtime environment that uses the Ethereum coding language Solidity to execute its code.

The EVM allows anyone to execute code without relying on a third party and not worrying about it giving a different result. Since every node in the network runs an implementation of the EVM, the result of the code is the same for every node in the network. When code and a transaction has been sent on the network, it will be validated by the other nodes inside Ethereum and achieve a consensus of the state of the blockchain.

The Decentralized Autonomous Organization, or DAO for short, is an extension of the smart contract. The idea behind a DAO is similar to that of a company, but since a DAO does not require a third-party and is instead governed by a set of rules, it can remove the hierarchical structure of a company and can instead be replaced with decentralized governance.

A prerequisite to having a DAO is to have an internal token that can decide the value of the internal structure and transactions that take place inside of the DAO. Once created, the DAO is autonomous and no external force could change the code, except the code that is inside the DAO itself.

The most famous example of a DAO was The DAO that was launched on Ethereum in June 2016, the worlds biggest crowdfund to date. Because of a critical bug in the smart contract of the DAO, the user behind the hack managed to drain one-third of the funds of The DAO.

DAPPs, or decentralized applications, are applications that instead of being hosted on a centralized server, are run on the blockchain and their operations are being secured by the EVM. Usually, the smart contracts themselves are hosted on the Ethereum network, while the user interface for the DAPP is hosted by the DAPP creator on a web server for example.

But there are many other different types of DAPPs, and you can visit this site to find information on some of them.

If you have heard of Ethereum, chances are you have also heard of this term. ICO stands for Initial Coin Offering and is a type of crowdfunding used to raise money by using cryptocurrencies. While Ethereum isn’t the first blockchain that has made ICOs, it was Ethereum that made them popular.

An ICO is very similar to an IPO, where a person invests in a company that is selling shares in a company. To do an ICO, a cryptocurrency company usually describes what their project and tokens use is, how much funding is needed and other details and present it to their investors. After that, a percentage of the tokens is allocated to the early backers of the venture.

Ethereum itself was an ICO, and when the platform was launched on July 30, the investors in the ICO was awarded a percentage of the coin supply.

The future of Ethereum

By positioning itself as the leading blockchain for smart contract technology, the technology behind Ethereum is not only being used in the Ethereum blockchain itself, it is currently being adopted by enterprises who want to use the technology in business, something we have covered previously in another article.

However, one of the problems Ethereum and many other cryptocurrencies that use proof-of-work faces is the ability to scale and avoid mining centralization among others. In an attempt to solve this problem, the developers behind Ethereum have proposed an upgrade called Casper, which is the name of Ethereums upgrade to proof-of-stake.

The most significant difference between a proof-of-stake and a proof-of-stake system is that in a proof-of-work network, a miner validates a transaction by solving computationally intensive algorithms and in turn earns a part of the block reward.

In a proof-of-stake network, however, there is no miner, and the mining node is replaced with a validator. The validator instead has a stake in the system – which is used as a type of deposit. The number of coins that the validator stake increases their chance to be randomly selected to forge the next block. A validator then earns the revenue from the fees on the transactions.

There is much discussion regarding the benefits and disadvantages of using proof-of-stake or proof-of-work, and some prefer one over the other. Some of the main arguments are that since PoW requires you to spend much energy, it creates an incentive to centralize both the mining power and the production for the equipment needed to do the computations. It is also argued that this is not an environmentally friendly operation since it wastes so much electricity in the process.

Casper is a new proof-of-stake consensus mechanism that is being proposed as an upgrade to the ETH protocol. While the transition to proof-of-stake has been planned for a long time, there are many issues that could arise if it would be implemented hastily.

In one attempt to mitigate some of the problems that might arise from changing the Ethereum blockchains characteristics in such a radical way, there has been proposed a solution where the roll-out of Casper will include a hybrid proof-of-work/proof-of-stake consensus mechanism called Casper FFG.

While there are no exact details of a release date of both Casper and Casper FFG, development and testing is an ongoing process.

This guide hopefully helps the reader to have a better understanding of what Ethereum is and the technology behind it. Ethereum is still early in development and is in constant progress, and only time will tell what future applications will be built on top of it.

Bought my first Bitcoin in 2013, but when Ethereum was released in 2015 I decided to make cryptocurrency my biggest focus in life since I realized what impact smart contracts will have on society. It has since then been my biggest passion in life and it usually takes up most of my waking hours. I like to program and have followed and interacted with what happens in blockchain pretty much constantly during this time, and spent countless hours researching this amazing technology. I believe this is why I have a good technical understanding of all the different blockchains and its concepts, which is something I try to do my best to spread while working at Toshi Times.

Bought my first Bitcoin in 2013, but when Ethereum was released in 2015 I decided to make cryptocurrency my biggest focus in life since I realized what impact smart contracts will have on society. It has since then been my biggest passion in life and it usually takes up most of my waking hours. I like to program and have followed and interacted with what happens in blockchain pretty much constantly during this time, and spent countless hours researching this amazing technology. I believe this is why I have a good technical understanding of all the different blockchains and its concepts, which is something I try to do my best to spread while working at Toshi Times. View all posts by Lars Nordmark